WATCH | Lightsaber duelling is now an official sport in France

The force is strong at the French fencing federation 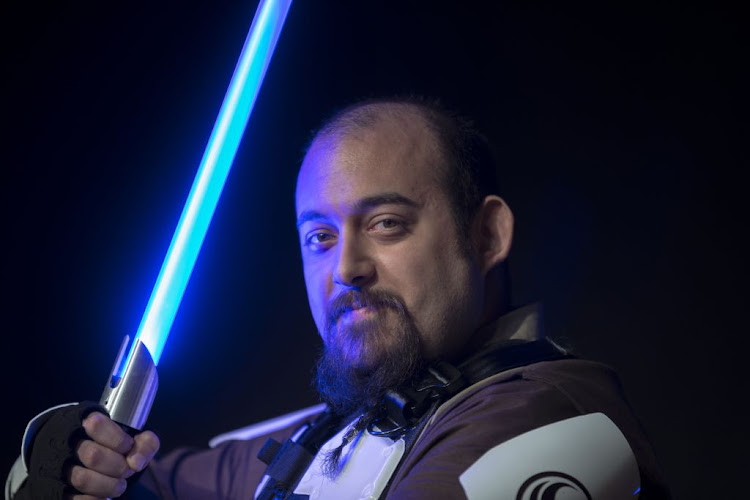 A 'Star Wars' fan poses for a photo with a lightsaber in Istanbul, Turkey. Lightsaber duelling has been made an official competitive sport in France.
Image: Orhan Akkanat/Anadolu Agency/Getty Images

When George Lucas dreamed up Star Wars, he could not have possibly imagined that lightsaber duelling would one day be made an official competitive sport in France.

The deadly weapon from the Star Wars movies has been introduced to traditional fencing to encourage youngsters to take part in the sport.

Granted, the polycarbonate "weapons" used by lightsaber duellists won’t cut their opponents in half like in the movies, but some of the more expensive lightsaber replicas emit sounds similar to the electric swoosh of the real deal wielded by Yoda and his Padawans against the forces of the Dark Side.

Enthusiasts gathered earlier this month at a national lightsaber tournament in Beaumont-sur-Oise in France, where stormtroopers and Luke Skywalker look-alikes gathered to battle each other.

The duel takes place in a darkened room to capture the full effect of the LED-lit lightsabers.

The rules are simple: a duel takes place over three minutes and the first person to reach 15 points, or the maximum amount of points within 15 minutes, wins.

Points are awarded according to what part of your opponent’s body you strike: the head and torso are worth give points, arms and legs three points and hands one point.

WATCH | Step into the world of 'Star Wars' at Disneyland

You don't need to travel to a galaxy far, far away to live out your Star Wars fantasies — just book a trip to Disneyland.
Lifestyle
2 years ago

Mad over Star Wars? You can 3D print your own replica lightsaber (video)

Ever wanted a lightsaber all your own? Well if you have access to a 3D printer your dream of becoming a Jedi could finally become a reality. ...
Lifestyle
5 years ago

Is geek culture an exclusive club or can anyone (cos)play?

Comic Con Africa may have been all magic and kumbaya, but the global geek culture is not without its issues, writes Nikita Ramkissoon
Lifestyle
2 years ago
Next Article