Captain Marvel, a superhero with girl power to spare 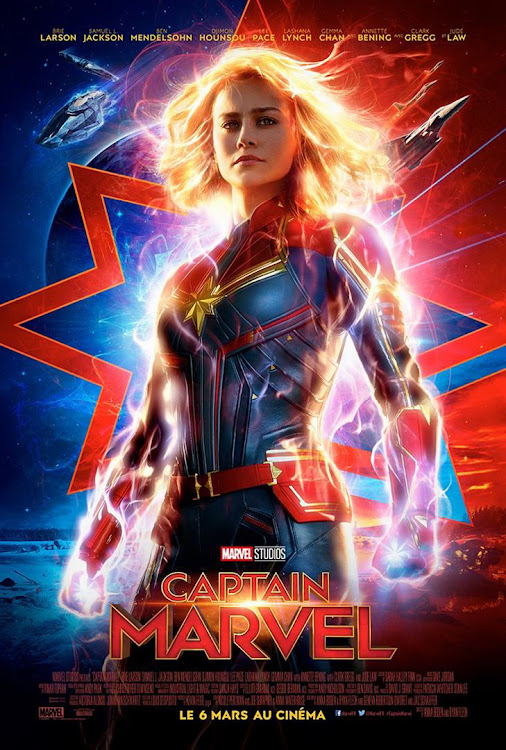 Iron Man, Thor, Captain America: scores of Marvel movies had superheroes taking turns to save the world on the big screen before a woman finally captured a leading role in the comic franchise's films.

But Captain Marvel - which hits screens around the world later this week - is making up for lost time, firing girl power on all cylinders.

Larson, who won an Oscar in 2016 for her role in Room, has until now been best known for her work on independent movies and her outspoken feminism.

"I was able to push myself further than I ever thought possible," Larson said at the movie's premiere Monday evening.

An Air Force fighter pilot who is trained to be a member of the alien Kree warriors, Danvers lands in the middle of an intergalactic war with the Skrulls.

To carry out her mission, she teams up with Agent Nick Fury (Samuel L. Jackson) - a recurring Marvel character who makes his first contact with planet Earth in the movie - and with her four legged sidekick Goose the Cat.

Of the decision to set the story more than 20 years in the past, Marvel Studios Director Kevin Feige said at the film's premiere in Hollywood, "We wanted Carol to have her origin all to herself."

Danvers can fly. She can shoot cosmic rays. She can absorb energy.

But she is strong in other ways too, and tough enough to hold her own in a universe that doesn't always value women - driving home the feminist message of the movie, co-directed by Anna Boden and Ryan Fleck, which says women have nothing to prove to men.

Feige told Entertainment Weekly there are "are a lot of reasons" this movie was not made before now.

"Not the least of which was fighting for many years the erroneous notion that audiences did not want to see a female-led hero (film) because of a slew of films 15 years ago that didn't work," he said.

Of the few female-led superhero movies attempted until now many were box office flops, like Jennifer Garner's Elektra in 2005 and Halle Berry's Catwoman in 2004.

As a result, Marvel spent more than a decade relegating its female characters to secondary parts, such as Avengers member Black Widow, played by Scarlett Johansson starting in 2012.

Seeking to be more representative, Marvel, a Disney subsidiary, finally responded to demands for more strong female characters on the silver screen - which were further spurred by the #MeToo movement.

Telling Captain Marvel's story was also a way to compete with DC Comics, owned by Warner Bros., whose superhero hit Wonder Woman, directed by Patty Jenkins, premiered in 2017 and raked in more than $800 million worldwide.

"Obviously I was elated to feel times changing a little and women being more accepted below the line but I think there is still a lot of work to be done with that," said Debbie Berman, the editor of Captain Marvel.

"I think the noise doesn't necessarily match the action right now, but it starts with the noise, so we'll take it."

Marvel got a critical and financial boost from last year's Black Panther, the first film to focus on a black superhero, set in the fictional African kingdom of Wakanda.

The film won three Oscars and has become a pop culture phenomenon.

With Captain Marvel the studio serves up the special effects pyrotechnics typical of the genre - but also a validating message for female audiences.

Goose the Cat injects an element of humour - and surprise - while the movie's '90s setting comes with nostalgic winks at an era without ubiquitous cellphones and with painfully slow broadband connections.

And to complete the scene, the movie's soundtrack borrows from a roster of 1990s bands including Garbage, Hole and No Doubt - bands for the most part led by women.

In a move that can be described as debilitating to online trolls, film review website Rotten Tomatoes announced that it's disabling its comment ...
Lifestyle
3 years ago

5 reasons the latest Captain Marvel trailer has us stoked