The great rock 'n' roll robberies: plagiarism from Dylan to the Beatles 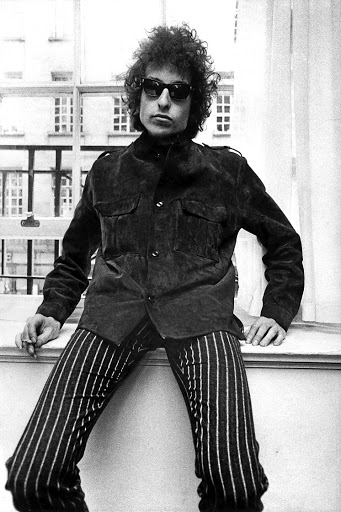 Bob Dylan posing at a press conference at The Savoy.
Image: Fiona Adams/Redferns

We like to believe that the creative people that we admire conceive, give birth to and shape the works we find so magnificent all through their own solitary endeavours in a lonely glow fuelled by the fast-diminishing midnight oil.

But that is seldom true.

For example, many of the great plays for which William Shakespeare has been acclaimed were rewrites of often clumsy attempts by others. "The Bard", then a young man, became - was promoted to - main rewrite man after his genius for the task was noticed by the company of actors that employed him. Or so author Jude Morgan has it in The Secret Life of William Shakespeare.

From there it was a short step to being named "Man of the Millennium"!

A published novelist I know admitted: "We're always stealing from each other."

The history of rock 'n roll too is replete with thousands of "borrowed" (or "stolen" if you prefer) ideas, musically and lyrically, which have been the cause of both successful and failed court actions.

And there is the multitude of ideas the origins of which may be doubtful but have never been tested in courts.

Let's jump right in and go for an artist who I have no wish to bad-mouth or discredit. It is hard to decide where to begin with the misdemeanours of Bob Dylan. Immediately to mind is his acclaimed, award-winning 2001 album, Love and Theft (note the irony of the title, folks), parts of the lyrics of which were found to have been taken, with small adaptations, from a novel by Japanese writer Junichi Saga. The novel was Confessions of a Yakuza, about one of Japan's last major gangsters. That's a clue to what the Nobel Prize winner for literature reads.

The real shock is that the wronged author declared himself honoured to have been plagiarised by so great an artist as Dylan and took no further action.

Further back, in the early '60s, Dylan coughed up a princely $5,000 without argument to folk singer Jean Ritchie, who claimed that he used her arrangement of the melody to his angry protest song Masters of War on the 1963 album The Freewheelin' Bob Dylan.

And when rock's premier poet declares in a furious refrain to a lover on his landmark Blonde on Blonde album of 1965, "Most likely you go your way and I go mine" - well that line first surfaced in a song sung by the ill-fated Buddy Holly and written by Tin Pan Alley songsmith Paul Anka, called It Doesn't Matter Anymore.

Dylan was a big fan of Holly, once describing how as a teenager he sat in the front row at a concert when Holly played in his hometown. Dylan was never pursued for lifting that line, perhaps because Holly was long dead, having perished in a plane crash aged just 23. Anka had decided to give his writer's royalties to Holly's widow anyway, so it probably didn't matter anymore in 1965. Holly's death was commemorated in Don McLean's American Pie as "the day the music died".

It Doesn't Matter Anymore became the first posthumous No 1 hit in the US, adding to Holly's impressive list of "firsts": first bespectacled teen idol and frontman, first to use the drums-rhythm guitar-lead guitar-bass format later utilised by the Beatles, who were also inspired by his band, the Crickets, in choosing their name ...

Dylan listened to the old blues musicians a lot and has often expressed his admiration and respect for those artists. And there are countless instances of borrowed lines throughout his songs that prove how much he admired them.

None of this is to suggest that Dylan is anything less than a rare genius - simply that love and theft sometimes does indeed go hand in hand with creation.

In a case that lasted many years, Jimmy Page and Robert Plant of Led Zeppelin were judged in court to have probably been the true authors of Stairway to Heaven. Other performer/composers, who had once shared a billing with the group, had claimed a hefty percentage of the hit song's royalties.

Led Zep did, however, engage in the doubtful practice of crediting themselves as authors of old, even well-known blues songs, as they did with In My Time of Dying, the longest song on Physical Graffiti.

And they were notably compelled to pay an undisclosed sum as well as share writing credits for their huge hit Whole Lotta Love with proficient writer and performer Willie Dixon, who has been referred to as the "Poet laureate of the blues". 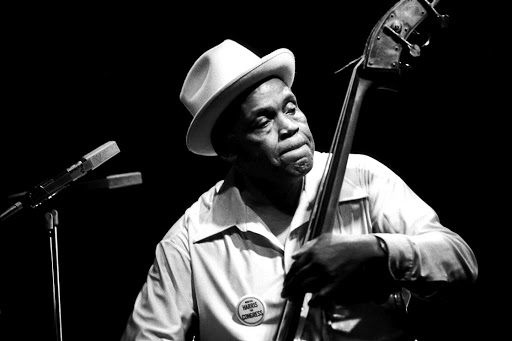 Zep frontman Plant was quoted by Musician magazine: "Page's riff was Page's riff ... I just thought well, what am I going to sing? That was it, a nick. Now happily paid for ... It was decided that it was so far in time and influence that, well you only get caught when you're successful. That's the game."

Leonard Cohen refused to have anything to do with the lawsuit ("My spirit wasn't meant for that") but couldn't stop his lawyers and publisher from going after the composer of a song that closely resembled Famous Blue Raincoat in melody and become a huge hit for Leo Sayer in the UK and US. They eventually won 60% of the royalties, and complained that with Cohen's co-operation they could have got 100%. Lawyers!

Chuck Berry's publisher Morris Levy successfully settled out of court with no less than the Beatles for appropriating some of Berry's lyrics and melody from You Can't Catch Me in their song, Come Together. As if two people could have independently written "Here come old flat top, he come groovin' up slowly, he got ju-ju eyeballs ...". The mind boggles.

After the Beatles split, George Harrison - who in his first life had written Something, the group's most successful song, was found to have used the melody of a number called He's So Fine, by girl group the Chiffons, for his hit My Sweet Lord.

Having made some money off the former Mop Top, the Chiffons then recorded My Sweet Lord to cash in on the publicity generated by the case. Harrison, found guilty of "subconscious" plagiarism, wrote a song about it called This Song. And a profitable time was had by all.

And back to Dylan: he successfully sued Rod Stewart for claiming to have written a song called Forever Young, which had very many lyrical similarities to Dylan's fabulous number. Stewart obviously hadn't been very well-schooled in the dark art of successful plagiarism.

It's said imitation is the most sincere form of flattery, and it's noticeable that the plagiarists are often huge fans of their victims: the Beatles recorded a number of Chuck Berry songs on their early albums, Rod Stewart covered many Dylan numbers and Led Zeppelin were clearly admirers of the great Willie Dixon.

We could hardly say that the hugely successful careers of the Beatles, Dylan or Led Zeppelin were built on plagiarism, but they definitely indulged in it, which is strange.

Idols SA's Paxton: The plagiarism drama was an important lesson for me

Paxton on plagarism claims, an internet sensation uncle and the curse of the Idols winner.
TshisaLIVE
3 years ago

Just as the dust had reportedly settled on the plagiarism claims around hit track, Omunye, the war is back on with Distruction Boyz backtracking from ...
TshisaLIVE
4 years ago