'Africans are using creativity to revolutionise our continent' 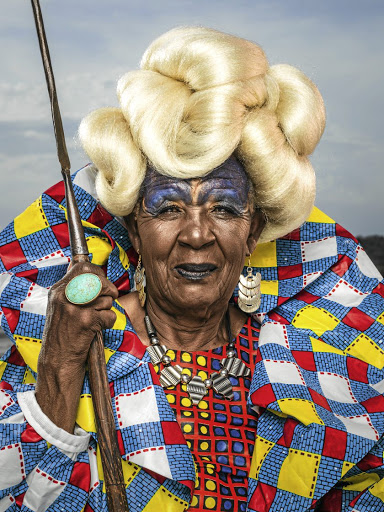 The creative movement that is "Afrofuturism" is loved by many, but one of its most famous leaders is Osborne Macharia - photographer, digital artist, maverick, he of a constantly evolving portfolio.

Born and raised in Nairobi, the 32-year-old Macharia found his passion for the camera a little later in his youth, while a student. "The first time I picked up the camera, I was 24 years old and failing architecture in varsity," he says.

"I had never seen black people photographed like that and I fell in love with the craft … Something in those pictures told me that the eye can reach far through photography," he tells us in an exclusive interview at the Inanda Polo Club in Joburg, where he's behind the lens for the Vodacom Durban July's campaign themed "Afrofuturism".

Macharia's work has been exhibited around the world - from Milan and London to Bahrain and Bamako - and he has worked with the massive global brands such as Coca-Cola, Forbes, Volkswagen, Absolut and Mercedes-Benz.

Growing up in Nairobi, Macharia says photography was not seen as something that anyone could be globally known for.

"I always admired art but I grew up around folks who were into books and I think this is what a lot of African children grow up around … To make it outside of the country as an artist is still unusual," he says.

Macharia believes this is slowly changing because of social media and access to information. "I think the evolution of art is not limited to galleries and the world is ready to see our culture. The world is seeing how we Africans are using creativity to revolutionise our continent." 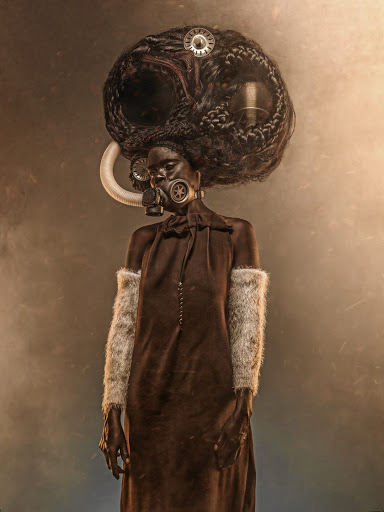 But this global recognition is yet to trickle down to many other creatives in Kenya, he says. "Sadly, we're still struggling, unlike SA, which has vibrant creatives who are globally known …

"And as Africans, we need still to look at how creativity opens new worlds and work together from different parts of the continent …

"We don't expose ourselves to what is really happening on our continent but we get to know about each other once one of us gets global attention."

So what does Afrofuturism mean to Macharia? He says it's combining Africa's colonial history with its present culture and identity, as well as its future aspirations.

Kenyan photographer Osborne Macharia makes it his mission to bring stories to life from behind the lens of his camera.
Lifestyle
4 years ago

On at Joburg’s Standard Bank Gallery, this collection of works produced during the height of our country's political strife provides a unique ...
Lifestyle
3 years ago