Now that it's legal to grow marijuana for personal use, pensioners are at the front of the cultivation queue 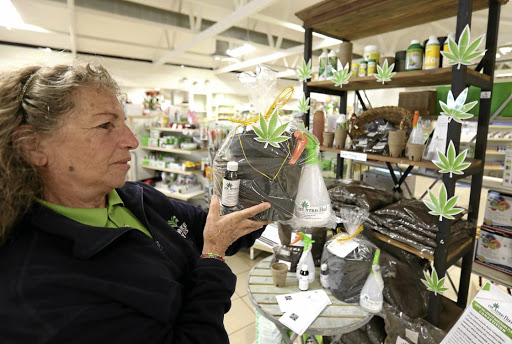 Grannies with canes are among those flocking to Cape Town's oldest nursery to buy cannabis-growing kits.

"More than 60% of our customers have been older and the demand has been crazy," says manager Richard Morris.

A silver-haired woman tut-tutted and left in a huff when she heard that Starke Ayres Garden Centre did not sell the cannabis seeds or plants with the potting soil kits - one of several pensioners disappointed about this.

On September 18 last year, the Constitutional Court legalised the cultivation of cannabis for personal use.

Fit Anthony Church, 75, has taken advantage of this to grow his own cannabis plants, driven mostly by curiosity. Standing ramrod tall, he points out three-foot cannabis plants, with names like Gorilla Blue and Blue Cheese on his balcony in the southern suburbs.

"It's a little jungle out there," says Church, with a glint of humour. "People call cannabis plants weeds but they are very fussy weeds. This started when a friend's daughter came over with a bag of cannabis and we smoked it."

He then planted seeds to see if they would germinate, and they grew. A Rastafarian contact told him how to make a sleeping draft with cannabis and wild geranium. 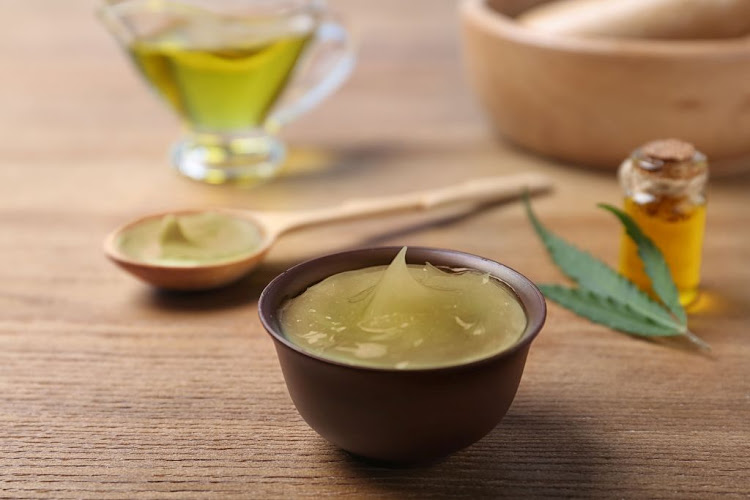 The use of marijuana-based products looks set to increase in 2019.
Image: 123RF/Belchonock

The Starke Ayres team says most pensioners want to grow cannabis for medicinal reasons. "They are very particular that everything must be organic and not toxic," says Morris.

A study recently found that medical cannabis was much safer for treating chronic pain than opioids - and most participants reported a dramatic improvement in their quality of life from "bad or very bad" to "good or very good" in six months.

Morris says the centre got 17,000 hits on its site in one week when he put up a post on how to make CBD oil at home.

Walking into Starke Ayres, the Enormous Bud display with potting kits is straight ahead and, on average, they have been selling six to eight a day since they went up in November.

Assistant manager Di Ziman says the surge of interest in "growing this topical plant" has opened up a dialogue between customers about cannabis. "Before it was always hush, hush."

She said the buds are compact and aromatic and some strains have purple or pink hues. Seeds from traditional strains like Transkei Gold or Durban Poison are cheaper than cultivated hybrid seeds, which produce a bush for one-off harvesting.

Residents in retirement villages should have the chance to grow their own cannabis for therapeutic reasons, says Ziman.

But pensioner Sidney Naidoo, who lives on council land in Maitland, said officials had forced him to remove a cannabis plant from his vegetable garden. "I want to make my own oil to treat arthritis and pain in my back," says 72-year-old Naidoo. "The ointment with the oil works like a bomb."

"Everything is legal and natural, but the council told me to get rid of my plant," he says. Naidoo says he was the oldest member at a permaculture workshop on how to cultivate cannabis and extract the therapeutic oil run by "respectable children".

Transformus MD, Peter Searll, whose company produces the Enormous kits with instructions and soil with microbes, says their goal is to improve the health of depleted soils and plants.

"The demand for the kits has been fantastic and is mostly from people 50 or above. Younger people know how to grow it."

Cannabis, or marijuana, has long been popular for therapeutic and recreational use - despite the risks to the adolescent brain - and, increasingly, research is showing its medicinal benefits. A study by universities in Israel, involving more than 2,000 patients 65 years and older with cancer symptoms, dementia, post-traumatic stress disorder and other conditions, found that medical cannabis eased pain.

More than 90% of the 901 respondents using it reported their pain had dropped from a median of eight to four, the results released in February showed.

Epidemiologist Victor Novack says: "In the study we learnt that daily activities of patients using cannabis were not only not going down, but many of them were more active."

Motivating for further research, he says: "Older patients represent a growing population of medical cannabis users but few studies have addressed how it affects this particular group, which also suffers from dementia, frequent falls, mobility problems, and hearing and visual impairments."

Where green fingers study the high art of cultivating weed

If you hear Louise Maxwell talking to "Monster Fluffy" in her garden, don't assume it's her pet dog or cat
News
2 years ago