Sho Madjozi's secret to global success: I make music for people in Limpopo

Fame 'meaningless' for muso if not in her home province 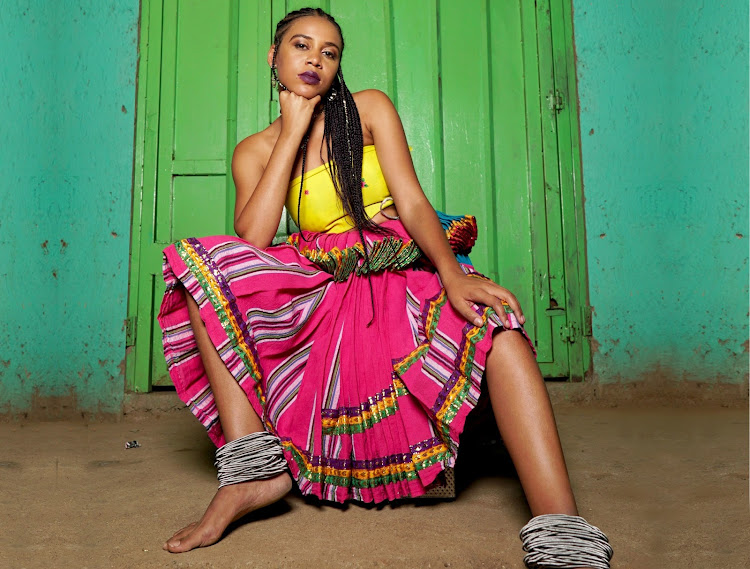 Making music that her "cousins in the village" will like has landed rapper Sho Madjozi a top accolade. She has been named the best entertainer in Africa by the business publication Forbes Woman Africa.

The 26-year-old artist, whose real name is Maya Wegerif, is unapologetic about her music, lyrics, hair and attitude. But she admitted this week that her religious mother called her out on her lyrics.

5 reasons why Sho Madjozi on Vogue 100 list is a pretty damn big deal!

The mag was stanning HARD on our queen and wrote a glowing review of her talents in a feature.
TshisaLIVE
2 years ago

That strategy had paid off. She featured on the Vogue World 100 list of people to watch in 2019, after performing at the Global Citizen Festival: Mandela 100 last year. At the festival she shared the stage with Ed Sheeran, Usher, Chris Martin from Coldplay and Beyoncé, among others.

She has also bagged a collaboration with Damon Albarn, co-founder and lead vocalist of virtual British rock band Gorillaz.

The Huku star said it was "surreal" to be chosen by Forbes, along with strong women from across the continent.

"I really couldn't believe it. Being an independent artist, I never expected to get such recognition. It is encouraging because the hard work that I have put in is being seen.

"Sometimes you don't feel like you are being seen because you are going up against artists that have entire teams dedicated to getting them exposure, and most of the time you feel like you work yourself to death and it is not seen."

Announcing the winner, Forbes described Madjozi as an "unintimidated young South African musician" who in addition to her music "prides herself in uplifting others".

It was an accolade for the artist from the village of Shirley, just east of the N1 between Polokwane and Thohoyandou in Limpopo.

She follows, among others, Trevor Noah and Black Coffee by getting mainstream international recognition.

"I have performed in several countries and it is so great to hear fans sing my music back to me, to feel the love.

"Global Citizen was probably the biggest platform I have performed on. But the highlights of my career have been those things that mean more to me personally and which make the work I do worthwhile, like seeing young black girls embrace their culture because of me or embracing their hair because they saw mine."

She has helped put her home language of Tsonga on the map and is one of the few musicians to rap in the language. However, coming from a conservative Christian home, her racy lyrics have sometimes ruffled feathers.

"My parents are very supportive of me. They still get excited with everything I am doing but my mom's side is a little trickier because she is quite religious and my lyrics are not. She has called me out on it but I think we have got to a point where she has learnt to accept me, and I have learnt to accept her as well."

Madjozi recently caught the attention of Albarn, who collaborated with her on the title track, No Games, from his upcoming extended-play recording called Molo, after the Xhosa greeting.

"He hit up a couple of artists. I was one of them. He is a pretty big deal and really well known. They seemed to like it and thought it was a real vibe," she said.

There was a lot of competition but some people truly lit up 2018 for us with their glorious talent, creativity and wit
Lifestyle
3 years ago

Madjozi always knew she wanted to be a star and cut her teeth as an actor on Mzansi Magic's popular youth telenovela Isithembiso, and as a poet trying to change the world by speaking about racism that black people experience every day.

She said that her desire to fight racism was fuelled by her wrongful arrest while studying at a college in Massachusetts in the US in 2010.

She said she had been detained because she was unable to immediately verify that the laptop she was carrying belonged to her, while a fellow white student had not had to verify his laptop.

"It confirmed what I already knew, that black people are often not treated equally to other races in a society," she said.