The reality family's personal dramas help boost the sales of their merchandise, all thanks to what psychologists call 'the beautiful mess effect' 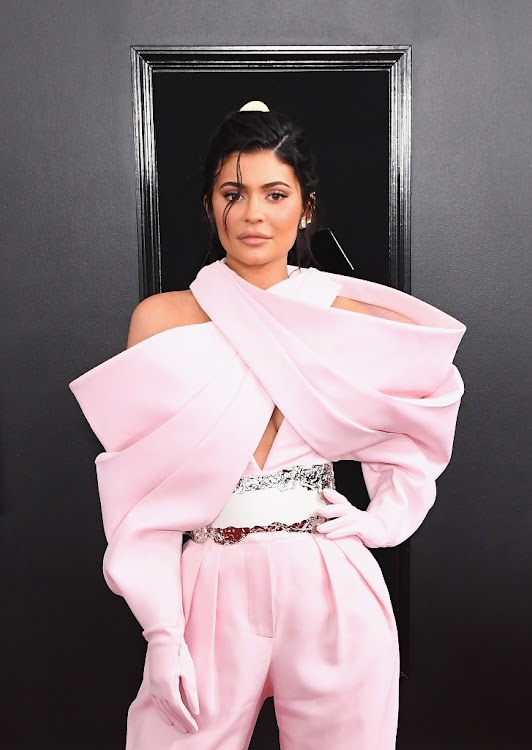 It's all over the interwebs. Kylie Jenner recently discounted the lip kit she was pushing, the Jordy Lip Kit, under the banner of her own makeup empire, because her best friend, Jordyn Woods, slept with her sister Khloé Kardashian's boyfriend.

Woods has since been ousted from the family and despite the scandal, and the fact that the price of the product was slashed from $27 to $13.50, sales of other Jenner beauty kits have spiked.

Jenner was ostensibly hurt by the whole affair and elected to show it, despite her protestations that slashing the beauty product in question wasn't related to her friend's indiscretion. Perhaps the whole thing was a set-up.

Once again, Kardashian personal dramas are front and centre of the publicity machine and, as we know, the sales of their merch rise with each scandalous story.

Their mundane relationship issues make daily news all over the world and help them make millions of dollars.

Now Kanye West, Kim Kardashian's husband and therefore also a prominent member of the reality-TV-clan marketing machine, announced this week that he will, in upcoming shows, also be keeping up.

So we can look forward to a whole lot more outlandish behaviour and personal relationship crises coming from the series.

The Kardashians have made an art of airing their pain in public - their back-stabbing, cheating, crying, lying selves.

But, perhaps, not so many know that in 2007, when "momanger" Kris Jenner pitched the idea of a family reality-TV series to producer Ryan Seacrest, she couched her idea for the series in terms that celebrity self-help author and TED-talker, Brené Brown, would endorse. Kris said: "We will be vulnerable at all points of impact no matter what presents itself."

Since Brown gave her first TedX talk on vulnerability and the gifts of imperfection in Houston in 2010, vulnerability has been having a "moment".

The fact that Kris punted her three high-maintenance oldest daughters' vulnerability as a selling point struck Seacrest, he said in an interview, and he pressed the E! channel to give them a chance after its executives initially thought it was a bad idea.

"There are moments when it's hard to leave something in the show because it's vulnerable and it exposes us to a deeper level of emotion, and sometimes that's hard to share," confessed Kris in an interview with i-D magazine.

"It always occurs to me maybe this should be left out. Maybe this is too much. Every time I catch myself and I say no, this is what everyone who's watched since day one deserves to see for one reason or another. We signed up for this."

In fact the weaknesses expressed by the show's central characters have provided much of the show's comic relief, and access point for the audience.

How did the Kardashian Jenner family become so successful?

It's paid off. The three - Kim, Khloé and Kourtney - and their two younger sisters Kylie and Kendall Jenner are the most successful reality stars of all time and Kylie, 20 years old, was recently named by Forbes magazine as the youngest self-made billionaire ever, beating out Mark Zuckerberg, who reached the billion-dollar mark at 23.

Psychologists writing in the Journal of Personality and Social Psychology, say that people are becoming more conditioned to show vulnerabilities and expecting vulnerability to be shown in others, and that people who share their weaknesses are increasingly being rewarded for it.

Psychologists have started to call it "the beautiful mess effect". The theory is that other people view our vulnerabilities more positively than we view them ourselves - so sharing emotions, admitting mistakes, confessing romantic disappointments and hurt create an intimacy between people, including between fans and celebrities. But that depends on who it is.

"Even when examples of showing vulnerability might sometimes feel more like weakness from the inside, findings indicate that, to others, these acts might look more like courage from the outside," says Anna Bruk of the University of Mannheim. She argues, based on interviews she's conducted, that "we love seeing raw truth and openness in other people, but we are afraid to let them see it in us ... Vulnerability is courage in you and inadequacy in me."

But there's another dimension to showing vulnerability, according to psychologists. It only works out well for you if you are already considered to be likable and a success. They call this the "pratfall effect" - responses to your vulnerability depend on how others perceive you beforehand. "If you appear strong and capable before showing vulnerability, people are sympathetic; the vulnerability is humanising. But if you don't seem competent, people are repelled; she really does seem like a mess, nothing beautiful about it," say the psychologists.

While the vulnerability of stars like Kylie Jenner hook us into feeling empathetic and caring about them, the truth is that these moments are as staged and fake as their Barbie-like appearances. Kylie cries and we pity her, because, aside from arousing our empathetic interest in her, which boosts sales of her products, what difference does it make to the rest of the world? Let Theresa May try the same thing and she'd be raked across the coals for it. No "beautiful mess" for her, then.

Kylie Jenner has denied that the Jordy Lip Kit was discounted because she was bitter about her alleged affair with Tristan Thompson.
TshisaLIVE
2 years ago

Kylie Jenner is the youngest self-made billionaire in history.
TshisaLIVE
2 years ago