David Attenborough doccie gives a dark warning about 'Our Planet' 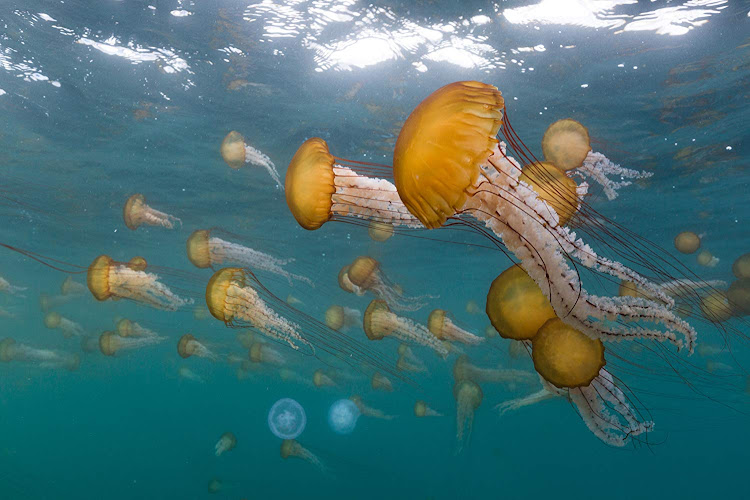 Compass jellyfish, such as these ones featured in an episode of 'Our Planet', can form great swarms.
Image: Netflix

David Attenborough is 92 years old and for much of his life the famed naturalist has been a guide for generations to the wonders of nature - travelling the far-flung corners of the globe in search of creatures and habitats that have reminded us in his breathy tones of wonderment that there's so much more to the planet than humans.

So it shouldn't be surprising that Attenborough's latest series sees him move from the BBC to Netflix for a show that, while it offers many of the spectacular visuals and painstaking tracking of animals that we've come to expect from previous outings such as Planet Earth and Blue Planet, has a darker tone and is more of an elegy to the natural world than simply a celebration.

However, it is a bit of a surprise because until those infamous scenes from Blue Planet showing the dangers of plastic to sea animals in the Pacific, Attenborough's shows tended to avoid eco-warriorism in favour of simple demonstration of the beauties of nature - the BBC feeling that were he to go into activist mode, Attenborough would alienate his millions of dedicated and trusting viewers.

Netflix has no such qualms and has allowed Attenborough and his team to go into full alert mode and what stands out about Our Planet - the eight-episode series that premiered on the streaming service last week - is that each of its seemingly breathtaking appreciations of the resilience and awesomeness of the natural world is undercut by Attenborough's reminder that we as humans - whether through overfishing, deforestation or simple ignorance - have caused almost irreparable damage to the ecosystems and millennia-old ways of life that have sustained the millions of other species on the planet.

Divided according to habitats, every episode shows undeniable changes to environments and the animals that rely on them thanks to the ruthless intervention of humans. Within the first few minutes Attenborough informs us "wildlife populations have fallen by 60%. The stability of nature can no longer be taken for granted."

That's a point that's heartbreakingly reinforced by the series' already viral takeaway scene of a herd of walrus off the Russian coast, forced to accommodate themselves on a shrinking piece of land, leading many to seek refuge higher up on the cliffs only to tumble terrifyingly and helplessly down the slopes to their deaths.

WATCH | This behind-the-scenes clip from 'Our Planet' about the largest gathering of walruses in the world highlights the 'sad reality of climate change'. WARNING: Not for sensitive viewers.

In the vision of the state of the planet that Attenborough presents - shot by a crew of 600 over five years and in over 50 countries - the breathless wonder that we've come to expect is undercut by astounding figures and hard-hitting realisations that prove that the effects of climate change and our indifference to them are real and have had terrible consequences for the planet as a whole.

Likewise, there's a dark irony to the visual spectacle and technological innovation that Attenborough's shows have pioneered over the years because it often seems as if many of the things we are seeing we may never get to see again. 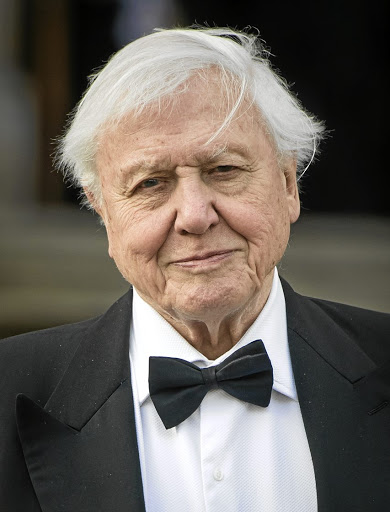 It's sobering to think that David Attenborough may not be around to see whether we heeded his call.
Image: Samir Hussein/WireImage

While some may feel that Our Planet presents much of what we've seen so many times before - that would be to miss the bigger and hard-driven, repeated point of the show - that this may be the last time for many species and their environments if we don't pull finger and start doing something to make sure we will see it all again.

At his age Attenborough can remind us that if we don't do something drastic over the next two decades, this may well be the case. But it's sobering to think that he may not be around to see whether we heeded his call, and while he's no longer popping up on screen in remote locations to guide us, his famous voice does all the work it needs to.

It would be a terrible shame to think that the next generation will only have Attenborough's voice and documentaries as evidence of a world that no longer exists.

• Our Planet is available on Netflix.

Netflix defends 'traumatic' footage of dying walruses on 'Our Planet'

Netflix has stood by its decision to air an episode of 'Our Planet' that features walruses falling to their deaths.
News
2 years ago

In a world first, filmmaker and naturalist Craig Foster spent years doing daily dives off the Cape coast to document the secret life of an octopus ...
Lifestyle
3 years ago
Next Article