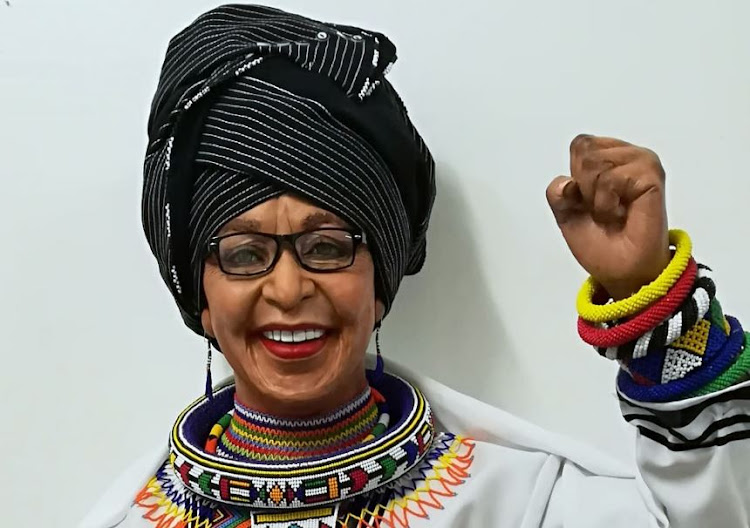 Sculptor Lungelo Gumede took to Twitter on Tuesday to share his latest work, a statue of struggle icon Winnie Madikizela-Mandela. Gumede said it was one of his best works yet, but added that it took him much longer than usual to complete because of all the details he needed to consider.

“It actually took me a whole month to complete this piece, which is a long time, considering that it takes me just two weeks to complete a single piece. As you have seen, there are so many details, such as the doek, the beaded neck pieces and the attire, which I had to take into consideration throughout the process.”

Gumede said he enjoyed creating Madikizela-Mandela, describing the process as “bringing her back to life”. He said he had received positive feedback from the public, both online and offline.

While he is known for creating statues of prominent political figures, Gumede said he had his sights on local and international soccer legends as well, some of whom he had already sculpted. “I am onto any prominent and influential members of our society.”

He said while it was important for him to preserve political history by recreating prominent political figures, he wanted his work to reflect all aspects of society by being educational and entertaining as well.

As the EFF  were on Tuesday expected to table a motion in parliament for the renaming of Cape Town International Airport to Winnie Madikizela-Mandela ...
News
2 years ago

Millions down the drain: Statues that failed to impress Mzansi