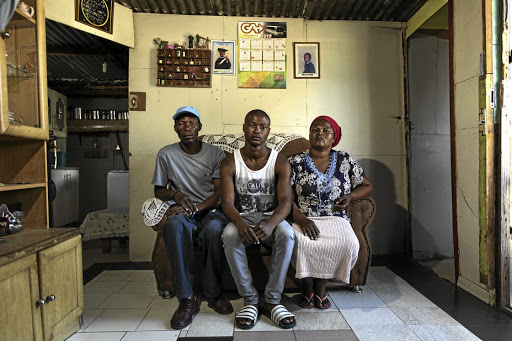 Aspiring rapper Phumlani Gongo, 18, (centre) in Khayelitsha, Cape Town. “We have been in this house since 2005. My mother and father have voted since 2005, but there is no change. So what would be the reason for me to vote?” Gongo asks. He's pictured with his parents, Eric Saziso and Nosandile Margaret Gongo.
Image: Ilvy Njiokiktjien

Over the past decade, photographer Ilvy Njiokiktjien has been exploring, in pictures, the lives of our born-frees, and on how far (or not) our country has come in the past 25 years.

Her series, 'Born Free —Mandela ’s Generation of Hope', is one of the most unique and comprehensive projects of its kind and will be released as a book of the same name in April.

Njiokiktjien says that the variety of people in her pictures provide a broad perspective on the lives, ambitions and beliefs of the children born after apartheid. There are born-frees struggling and born-frees thriving. Far from being free — corruption, crime, poverty and the past still keep many born-frees captive.

In her book, the born-frees question the outcome of the dream Mandela had for them:

A generation of young people has grown up since SA abandoned its oppressive apartheid system. This year the country celebrates the 25th anniversary of its first democratic elections, which ended white minority rule, made Nelson Mandela the first black president and gave all citizens equal rights.

"Born-free from what?" asks Candice Mama, 28. "I don't believe that people can be born-free until economic inequalities are set right."

Mandela's vision of a thriving "rainbow nation" raised high hopes 25 years ago, but many in the born-free generation struggle. Estimates of youth unemployment range between 35% and 50%.

"If you don't get a job, you create your own. You need to hustle," says Innocent Moreku, 22, who sells secondhand clothing at the roadside.

Unfurling the story of the SA flag

Most of the young people interviewed feel that white South Africans still have better opportunities.

When black South Africans do make money, they often have to provide for less-fortunate family members, a phenomenon known as "black tax".

Fashion designer Cindy Mfabe, 27: "We have to work double time, because we still have all this damage that we have to fix."

Most say they would be happy to mix with other race groups, but past segregation still holds them back.

"I don't live in a place where I can meet a lot of white people and have white friends," says Mfaba, who lives in Soweto, once designated a black township and still largely black today.

Says Kevin du Plessis, 28: "I have a lot more white friends, because in Gauteng you don't find that many black kids that speak Afrikaans."

Very few of those she spoke to are planning to vote in next month's election. Some feel bad about their apathy, knowing their right to vote was hard won, but say the corruption scandals of recent years have made them lose faith in politics.

Despite the challenges, many remain optimistic about their future, and that of SA. They feel 25 years is simply not enough time to repair the troubled past, and their generation is only a start.

Wilmarie Deetlefs, 24, who has a black boyfriend, says: "SA needs a clean slate. I think that's our generation. We are the clean slate." 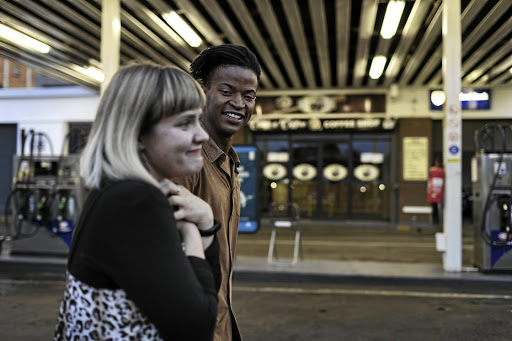 Wilmarie Deetlefs, 24, and her boyfriend Zakithi Buthelezi, 27. The couple are on their way to an exhibition of the work of photographer Jodie Bieber in Joburg. Deetlefs and Buthelezi describe Joburg - where they both used to live - as a "pocket of perfect unity", where people of different race groups, genders and sexual orientation mix together in ways that would not have been possible during apartheid.
Image: Ilvy Njiokiktjien 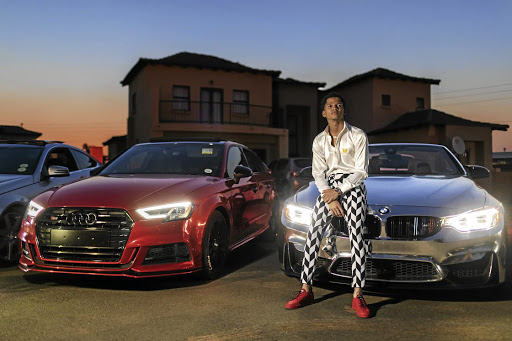 Jason Noah, a forex trader, leans on his car at his 21st birthday party. Noah grew up in a middle-class family, with both of his parents police officers, but he witnessed from up close that many of his friends in Soshanguve outside Pretoria were less fortunate. "We all played soccer in the street. If my friend goes home to a household where there's no food, obviously that's not right. But that is part of what SA is."
Image: Ilvy Njiokiktjien 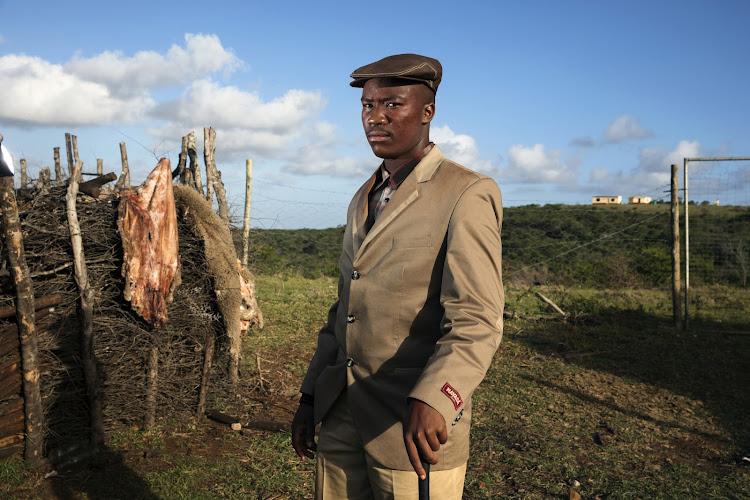 Mzimkulu Ntakana, 21, in Centane, Eastern Cape. Ntakana is pictured during his mgidi, the celebration of boys becoming men in Xhosa culture. He stands in the kraal, a place where only man can be, traditionally. Friends and family gather at his parents' house to mark the occasion.
Image: Ilvy Njiokiktjien 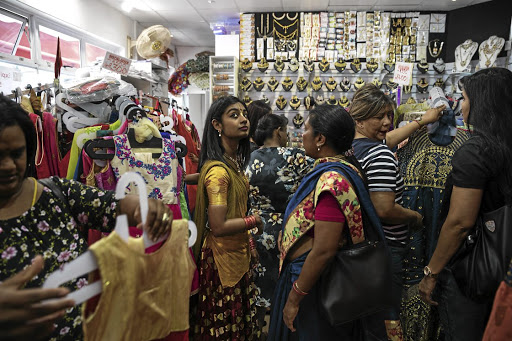 Darshana Govindram, 24, goes shopping to prepare for Diwali festival in Durban. "Everything is so close-knit and close by and everyone just gets along with everybody," she says of life in Chatsworth, the Durban suburb that the apartheid government designed to segregate the city's large Indian community.
Image: Ilvy Njiokiktjien 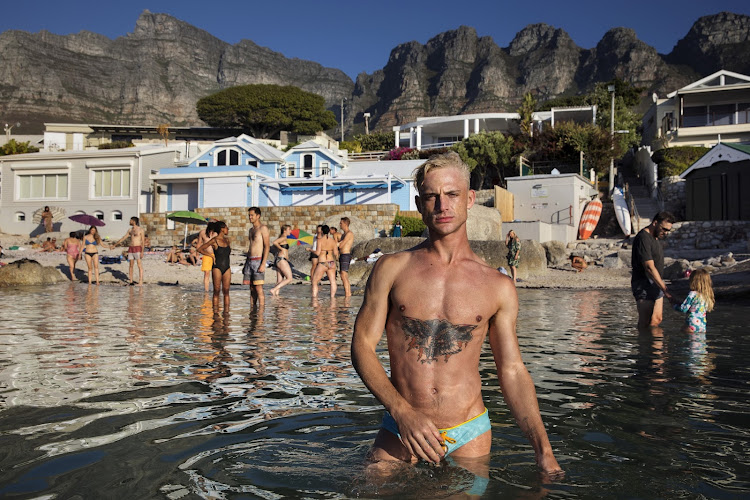 Kevin du Plessis, 28, at a beach in Cape Town. Back when he was the editor of his university’s student newspaper, Du Plessis and his colleagues campaigned for social change on the campus, which he says was “still very white and Afrikaans” at the time. “I ended up getting assaulted, and on a couple of newspaper covers because of the stuff we wrote and tried to change. So that was pretty cool.” Gay Pages SA, the magazine where he now works, was founded the same year the new democratic constitution was adopted, in 1994. Up to then, being gay was officially illegal, though Du Plessis says the authorities used to leave gays alone because they were so focused on the “swart gevaar, the black danger”.
Image: Ilvy Njiokiktjien 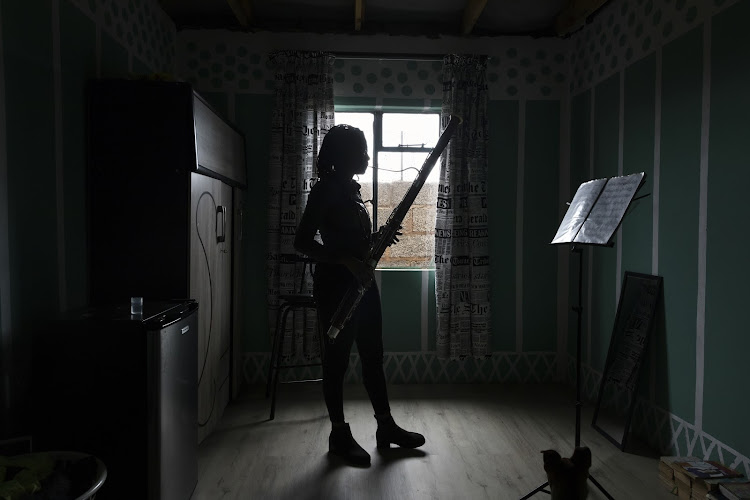 Zinhle Mfaba, 24, at home in Dobsonville, Soweto. Mfabe plays the bassoon. “I don’t live in a place where I can meet a lot of white people and have white friends, ”says Mfaba. She was roommates with Nina Cilliers, 21, during a week of rehearsing and performing with the National Youth Orchestra. “When we’re playing together, we’re in sync. You’re not going to say 'Oh, this person is white’ or ‘This is racist.’ We are therefore a common cause. that brings us together and makes us one,” says Mfaba. “I get to have more opportunities than my parents, like playing the bassoon."
Image: Ilvy Njiokiktjien 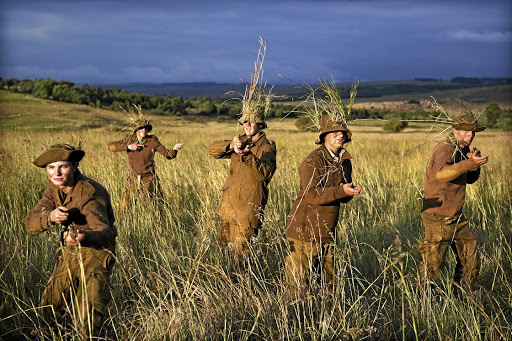 Kommandokorps organises camps during school holidays for white Afrikaner teenagers. The teenagers are taught self-defence and how to combat a perceived black enemy. The group's leader, self-proclaimed Colonel Franz Jooste, served with the South African Defence Force, as it was then styled, under the old apartheid regime. He eschews the vision of a multicultural nation.Following an infantry-style curriculum, the boys are lectured on racial differences, such as a claim that black people have a smaller cerebral cortex than whites, and are made to use the South African flag as a doormat. Kommandokorps has been criticised by the Afrikaner lobby group AfriForum, and the DA called for the group to be closed down, and for its activities to be investigated by the Human Rights Commission. The camp is about 230km east of Johannesburg.
Image: Ilvy Njiokiktjien 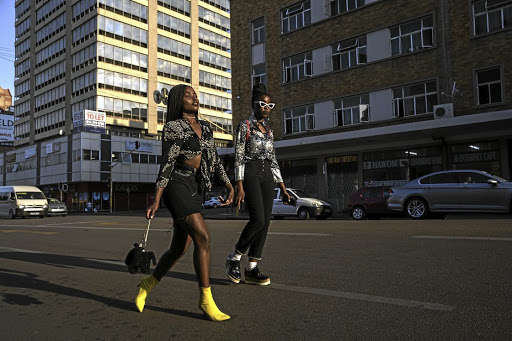 These young women are part of 'The Creatives', a collective of artistic individuals. The group is based in Pretoria and meets every few months. The meetings are mainly organised by Innocent Moreku.
Image: Ilvy Njiokiktjien 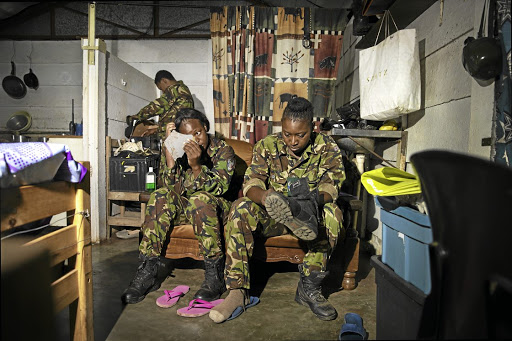 Black Mambas prepare for their day in the field before they go out on patrol. "I climbed into a tree. When I looked down, I saw the lions there, big and roaring and trying to jump," says Nkateko Mzimba, 26, left, telling the harrowing tale of her encounter with a pride of lions. As a member of the Black Mambas, the all-female anti-poaching unit patrolling the 52,000ha Balule Nature Reserve in Limpopo, walking unarmed among the animals is a daily job.Their presence has significantly discouraged poaching since the unit started in 2013. "As a female ranger, I am not carrying a gun", Mzimba says. "The men carry guns, which means we are stronger than the men." When Mzimba was growing up in a village close to the park, she'd see foreign tourists coming to see the animals that she never got to see herself. "I don't want to see the animals in the TV or in magazines, I want to see them in real life," she says.
Image: Ilvy Njiokiktjien 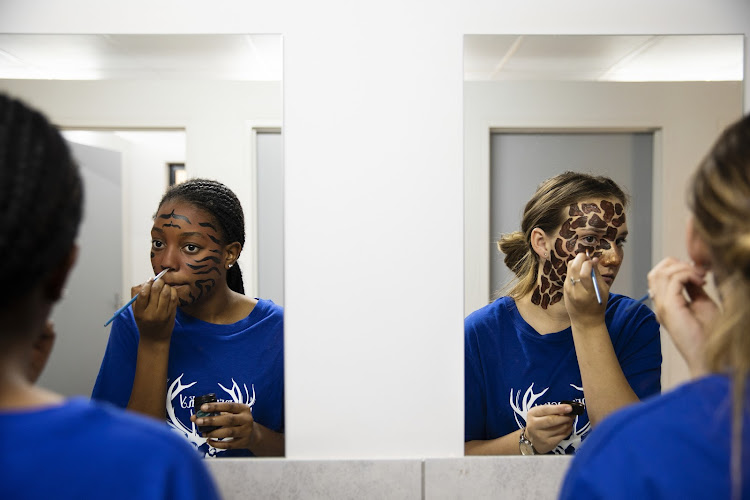 Students of Merensky High School in Tzaneen, Limpopo. The pair make up their faces for a performance during Animato, a school choir contest, held in Randburg, Johannesburg. The Merensky students did not win the contest.
Image: Ilvy Njiokiktjien 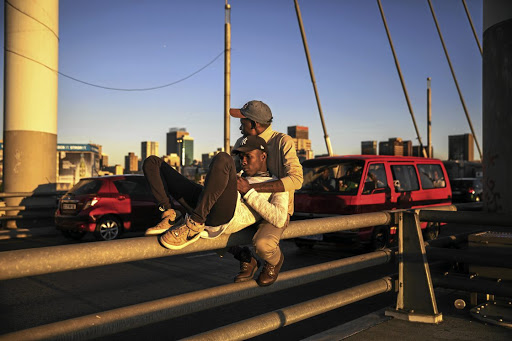 Young couple Ofentse Sean Lewis, right, and Sipho Lewis Maestro Azzuro perch on the Nelson Mandela Bridge railing in downtown Johannesburg. . In the new constitution that came into effect after apartheid ended, SA was the first country in the world to explicitly safeguard freedom of sexual orientation, and it was one of the first - and is currently still the only country in Africa - to legalise same-sex marriage. Beyond the legal safeguards, however, there are some sections of society that are intolerant.
Image: Ilvy Njiokiktjien 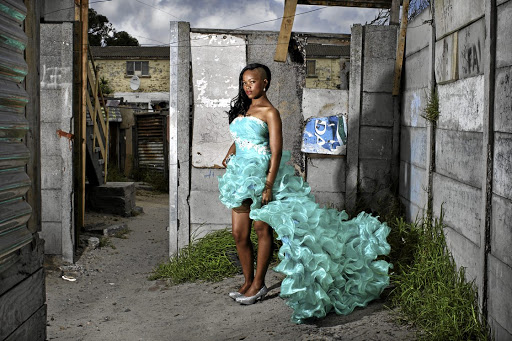 Natalie de Wee, 18, lives in Manenberg, Cape Town. De Wee saved up money for several months, and got some help from her parents, to be able to afford to buy the R3,500 dress she is wearing in this photograph. She wore the dress to her matric dance. In upcoming years she will rent out the dress to other girls graduating from high school, who are in turn having their own matric dances.
Image: Ilvy Njiokiktjien

Ilvy Njiokiktjien is an independent photographer and multimedia journalist based in the Netherlands and represented by VII Photo Agency. She is also a Canon Ambassador. 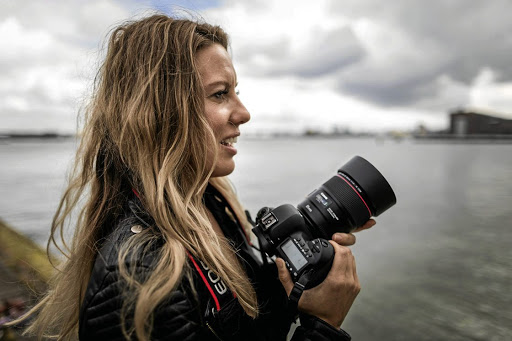 Njiokiktjien has worked in many parts of the world, with a focus on Africa. As a documentary photographer, she covers current affairs and contemporary social issues. Her work has appeared in the New York Times, Der Spiegel, NRC Handelsblad, Telegraph Magazine and Stern, among others, and was exhibited at Visa pour l'Image in 2012.

If political parties were guys, would you date them? And that's why I won't vote...

A new generation is transforming the way South Africans live, love and play.
Lifestyle
3 years ago