Traci Kwaai's accessories brand, Aweh Kaapstad, is just one example of how Cape coloured culture and language is being celebrated 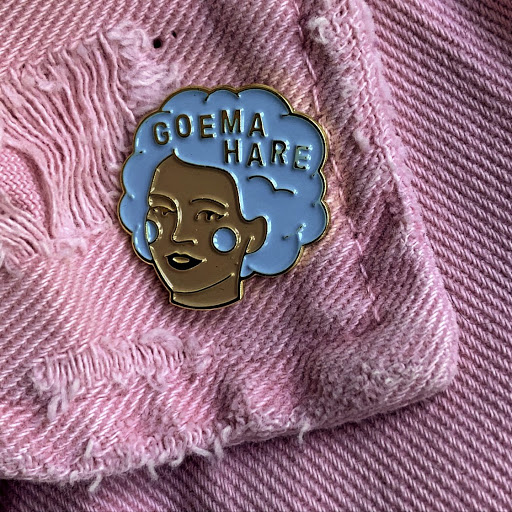 Traci Kwaai was at a family funeral when she decided that the particular culture of coloured people should be celebrated somehow. Her daughter had run up to her, distressed, pointing at her cousins and said: "They say I'm white." It was time, thought Traci, for her daughter to get to know her Cape heritage.

Soon after the funeral, Traci launched the Aweh Kaapstad brand with a collection of pins. Through limited-edition accessories, Traci has started conversations with not only her daughter (whose father is German), but with the wider community about Cape coloured culture and Afrikaaps.

"Afrikaaps words sound funny to people who do not have an ear for it. To some degree it upsets me that in 2019 these words are still strange or funny to white people," says Traci.

Stories beyond stereotypes: we need more soapies like 'Suidooster'

This kykNET show centres around the lives of a South African demographic we seldom get to see on TV: the Cape's aspirational coloured community
Lifestyle
3 years ago

Her Goema Hare pin refers to hair being called candyfloss. "The pin is your badge of honour and gives you permission to celebrate your natural, beautiful crown," she adds.

Traci wrote in Klintji magazine that, "Goema Hare in my language was a derogatory word, used to describe kinky hair which is seen as ugly. Everyone wanted gladde hare. Coloured girls spent hours straightening their difficult, unruly hair. Usually there was an Antie in the road who had good upper body strength who could tame the mane, soe om te sé. And then you'd have to go to bed with a swirl kous on to keep it that way, en moetie laat dit reëntie oooooh jitte dan mince jou hare lekker. Al jou harde werk vir niks."

Hair plays a major role in how we see ourselves, says Traci. The desire to have straight hair is deeply rooted in our national psyche. "We were told by an oppressive system, supported by the media and by parents, peers, neighbours and friends that straight hair was good and beautiful." 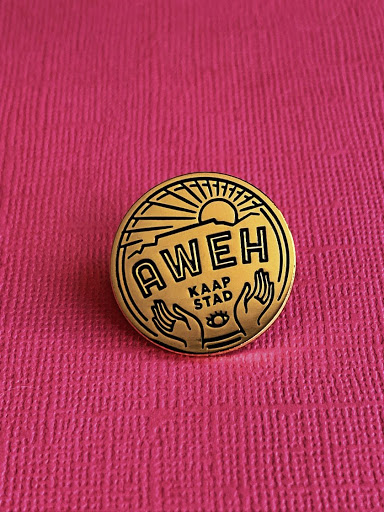 Sturvy has a few meanings. Traci says that mostly girls are called sturvy. "When a girl plays hard to get she could be called sturvy. When you live in a posh coloured area you could be sturvy, or when you speak proper English or go to a private school, or have a white accent. You get judged and called sturvy," says Traci.

In an episode of Coloured Mentality, Kelly-Eve Koopman and Sarah Summers ask leading personalities the question, "What is coloured?" The answers vary but many people who previously shied away from being called coloured now strongly identify culturally as coloured.

Actor Abduragmaan Adams says not shying away from being coloured is now important to him.

Musician and actor Keeno-Lee Hector says being coloured is being a mixed breed made up of everything that has happened in SA. "You're like a special pot at the end of it."

Actor Denise Newman says there is so much humour and laughter to mask the pain in the coloured community. Others describe the special brand of Afrikaans (Afrikaaps) as being the defining characteristic of being coloured.

For Traci being coloured means that she's African, Indian, South East Asian and European. "It means that I use words like kwaai, kassie, piesang, aweh, yoh, jits. But I can also be sturvy and speak highfalutin' English and change my accent to get the job, keep the job, fit in."

"We switch between many worlds and cultures depending on our socioeconomic backgrounds. Yet there's a unity. It's in the songs we sing, the food we eat, the traditions we have. We are very good at subverting things and turning pain into something funny." 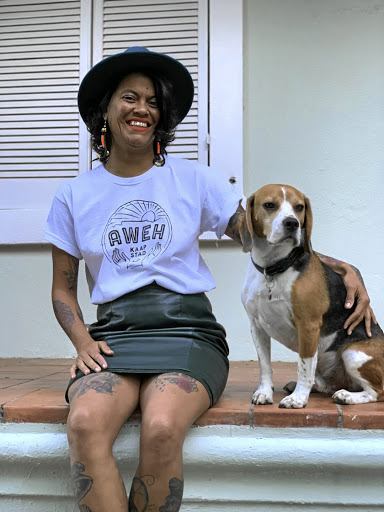 Traci was raised by her great-aunt in Kalk Bay's fishing community. When her mother died at the age of 32, her grandmother moved into her aunt's flat too. It was Aunty May who taught her about menstruation and how to look after her teeth. But her grandmother inspired her interest in art. Traci says: "She had a zest for life and a love for all things wonderfully queer and beautiful. Always dressed to the nines with rooi lippies en hoë hakkies to go with her outfit."

Traci says her grandmother was always making things: turning socks into dolls, crocheting hats and jerseys. "She was over-the-top, eccentric and amazing," says Traci. "And she was an alcoholic. To be that 'much', you need a dop in your gat."

On pension day, she'd be at the Brass Bell. When there wasn't enough money for food, they would forage from the rocks and the tidal pools in False Bay. "We'd make Klipkous curry. We also ate crayfish. We only took what we needed, though." In the mountain behind the bay the children knew where to find honey and sour figs.

"I was a very rebellious teenager, but found a job at the Brass Bell and later at the Olympia Café where I worked for 10 years," says Traci. She put herself through teaching college and a year of art school. As a child, she'd always draw: helping school friends with biology illustrations and later she drew restaurant customers.

"It's become hugely popular," says Traci. Think of musicians Youngstacpt and Jitsvinger. Vannie Kaap has more than 100,000 followers on Instagram and 358,931 on Facebook where a small team of anonymous creatives entertain followers with local jokes and sell merchandise "to ensure that Vannie Kaap grows stronger in its service offering to you".

Mark Lottering's Aunty Merle has brought the Cape coloured community into our main national theatres. "Don't forget the local Kyknet show, Arendsvlei and films like Noem my Skollie, Nommer 37 and Ellen Pakkies. They make it lekker to be local, lekker to be coloured." says Traci.

Aunty Merle, the jetsetter from Athlone, likes the finer things in life. And big holes. But caves? Not so much
Lifestyle
3 years ago

What does Traci's daughter think of her and Aweh Kaapstad? "She thinks I am hilarious. When I get angry at her, my accent becomes heavy and she laughs. Ai!" Lila has now moved from a white over-privileged school to a very integrated school. "Her accent is changing. She's starting to sound like me!"