Is it that absurd that moms should be paid for being 'home executives'?

On Mother's Day, let's ask when women's worth will be valued and recognised 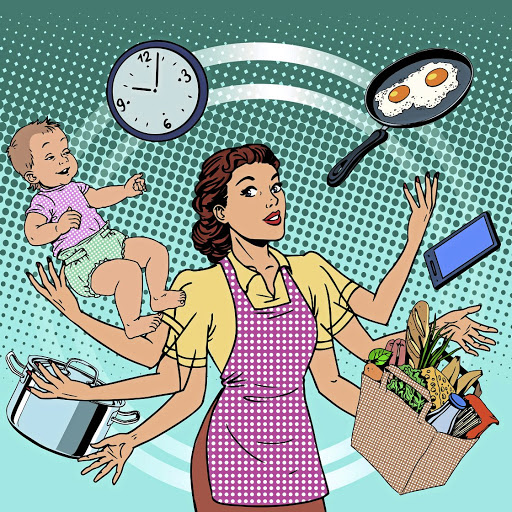 It's impossible to put a price on all the things that mothers do for their families.
Image: 123RF/ Russian Federation

When I was about 10 years old, an older cousin donated her sticker collection to me. My favourite was a button sticker of a sassy stick-figure female leaning over a desk with the words: "Used to be it was a man's world and a woman's place was in the home - they can kiss that sh*t goodbye."

A few decades later, while there are more women in the workplace than when I was a kid, many men still adhere to the myth that a woman's place is in the home. Of course, by extension that means that child rearing and house work is women's work.

It's not difficult to see why. Free labour in the home is an attractive proposal and it's been the norm for hundreds of years. But just how much would a home executive, aka stay-at-home mom (SAHM) earn if she were to be paid?

At the beginning of the year, American company Salary.com did a survey that calculated what the average remuneration would be for a SAHM, based on a reported average of work hours across the week, adding up to 96 hours. According to that survey, SAHMs should earn up to about $160k - just over R2-million a year.

The total was determined after polling thousands of American moms on the tasks they devote time to - from housekeeping to being unofficial psychologist and family CEO.

These kinds of surveys aren't new. In 2015, Fin24 reported that South African housewives, if remunerated for their services, would earn around R650k a year, based on what it would cost to pay a catering service, concierge, transport services, cleaning services, laundry and ironing services and childcare and tuition fees.

For many people, the notion of paying mothers to do the job they have always been expected to do is preposterous

Add the cost of an interior designer, dietician, part-time night nurse, maintenance supervisor, tax adviser, grocery deliverer and dispute moderator and you can throw a whole lot more cash into the equation.

It remains unlikely that SAHMs are going to get paid a salary any time soon. For many people who wrote into the publications in which the survey appeared, the notion of paying mothers to do the job they have always been expected to do is preposterous.

"Taking care of your kids isn't a 'job', it should be considered a privilege or a gift and no price tag or salary can be put on that," one person wrote in answer to the survey. "It's absurd to even try to compare."

But another study by the Pew research centre found that although children's school performance improves and stress and aggression levels decrease when they have SAHMs, the mothers often show high levels of dissatisfaction, sadness, anger and depression often due to isolation and spending time mostly with kids.

There's also the sense of insecurity that comes with not earning a salary. Partners, as well as their income, can disappear by any number of means, leaving the non-income-earning spouse scrambling for paid work and the scary reality of facing a job market for which they are unprepared.

Next Sunday, May 12, is Mother's Day, a time to think about all the things that mothers do for their families. It's impossible to put a price on that.