New Corolla hatch: finally a Toyota that can rival the Golf 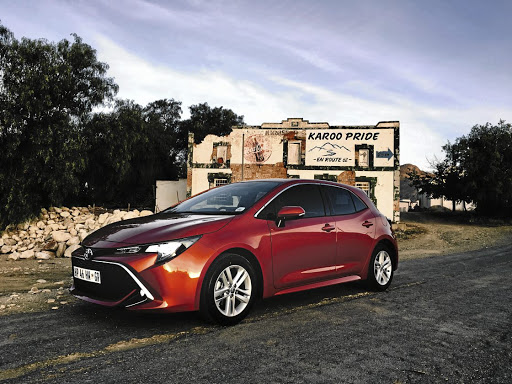 Last week a Hyundai, this week a Toyota. Falkiner, don't you get anything exciting to drive anymore?

Touché. Though if you like Toyotas like I like Toyotas then this is kind of exciting. Built to the replace the Auris I guess you could think of the new Corolla hatch as a modern-day successor to the Conquest that ruled the hatchback roost back in the late '80s and early '90s.

Except compared to its utilitarian forebear this newcomer is a far more upmarket proposition. It looks fantastic too.

Toyota gets flak for producing "boring" cars but this new Corolla hatch cuts an athletic figure that's certainly worth a second glance.

How do the Toyota Corolla, Volkswagen Golf, Mazda 3 and Renault Mégane stack up?
Lifestyle
2 years ago

From some angles it actually reminds me of the Lexus CT200h, which is certainly a good thing. Longer and lower than the outgoing Auris I particularly like the front end of this car with its slit-eyed headlamps and gaping mesh radiator grille. Aesthetically speaking it's one of the more extrovert Toyota products we've seen in a while and that - as a Toyota fanboy - makes me happy.

I'll give you that. What's it like to pilot though? Is it like being an Über driver?

It's most certainly not. Unlike the Über driver's weapon of choice - the Corolla Quest - this Corolla hatch is a far superior driving machine as it utilises the firm's latest Global Architecture-C (GA-C) chassis, which is a fairly decent base to build from. Heck it even blows the outgoing Auris into the weeds being both stiffer (by a whopping 60%) and lighter.

As such the Corolla hatch is quite a nice thing to throw around the blacktop. I drove my test unit down in the Western Cape and found that it had no problem tackling some of the province's passes. Well, up to a point. Push too hard and those wooden, geared-towards-economy Bridgestone Ecopia tyres start squealing in protest.

Add to this some disappointedly numb steering (especially between the 11am and 1pm positions) and you have a car that's enjoyable up to about seven-tenths.

Ride quality is decent and surfaces of all shapes and conditions are soaked up without any drama. Only across high-frequency bumps at speed do things ever get choppy and untoward.

Refinement and cabin insulation is top notch with the Corolla hatch feeling notably grown-up for what it is: a car that does everything well but nothing particularly brilliantly.

Cool. I see Toyota has finally woken up to the fact that it's 2019 and bolted a turbocharger to the engine.

Indeed they have. Though to be fair this 1.2-litre turbocharged motor has already seen action with the C-HR crossover we drove last year. In the Corolla, however, it works a hell of lot better and kicks out a fair amount of straight-line shove.

Though it doesn't provide hot-hatch levels of performance its smooth, torquey midrange allows for stress-free overtaking out on the highway. Speaking of which, this is where the Corolla hatch feels most comfortable.

On test I drove it from Cape Town to Montagu (a good two-and-a-half-hour jaunt) and was really impressed at how this Toyota copes with long-distance commutes. CVT gearboxes might not be everybody's cup of tea but this one works well with surprisingly little drone and almost ridiculously long legs.

To give you an idea, you can cruise effortlessly at 160km/h at just under 3,000rpm - a feat that not too long ago would be the exclusive reserve of dyed-in-the-wool GT cars. Fuel consumption is decent too. In 545km of driving I averaged less than 7.0l/100km.

The cabin of the Corolla hatch is probably one of its best attributes. My test car was the range-topping XR model that comes festooned with all manner of features as standard.

Immediate highlights include a touchscreen infotainment system, blind- spot monitoring, cruise control and dual-zone automatic climate control. The sound system is one of the best I've experienced in a car of this class (awesome for lengthy road trips) and the sports seats upholstered in leather and suede are not only heated but also provide a fine blend of support and comfort. 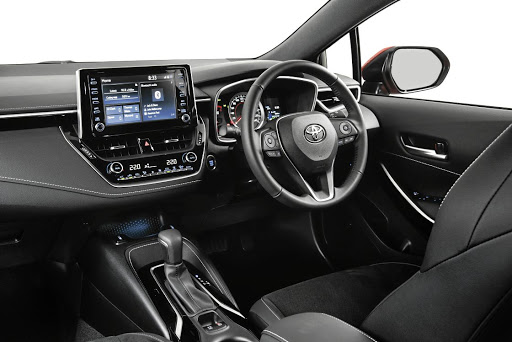 The Corolla's general fit and finish is outstanding, with a mixture of soft-touch plastics and leather-wrapped surfaces.
Image: Supplied

General fit and finish is outstanding, with a mixture of soft-touch plastics and leather-wrapped surfaces exuding a sense of quality on a par with any of the Corolla's German rivals. While the driving position is spot-on I did notice that rear legroom is a bit limited - especially if tall people are sat up front. Another mark against it is the strange absence of Apple CarPlay or Android Auto.

Would you buy one?

Hell, yes I would. And I'm not just saying this because I dig Toyotas. Objectively speaking, the new Corolla hatch is an extremely competent C-segment hatchback that has no problem holding a big fat flaming torch to rivals such as the current Volkswagen Golf, Opel Astra and Ford Focus thanks to its ability to do almost everything well.

It's good to look at, pleasing to drive, reasonably priced and packs enough space to suit most people's needs. Plus it comes with the promise of the brand's legendary reliability and a dealership in (virtually) every port.

Come along for the ride as Ignition TV presenter Marius Roberts highlights the 10 standout features of the new 2019 Toyota RAV4 that was recently ...
Motoring
2 years ago

Hyundai Kona: this funky crossover stands out from the crowd

Cooler than a K-pop band, the Hyundai Kona is fun to look at and good to drive
Lifestyle
2 years ago

The iconic Toyota Supra is back and ready to invade SA's shores later this year. Here's the lowdown on what to expect
Lifestyle
2 years ago