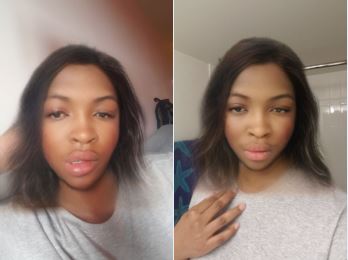 Forget spending exorbitant amounts of your hard-earned money to look like your celebrity faves. Thanks to Snapchat, there's a new filter in town and people are loving it.

In case you have been living under a rock and haven't heard of Snapchat's gender swap filter, which also gives you flawless skin, or haven't seen the convincing pictures making rounds on social media, we've got your back.

Snapchat recently debuted a new feature to the app, which allows its users to switch from male to female or vice versa - within seconds.

The pictures are now being widely shared on Twitter and people are here for it. While not everyone gets to look like certain public figures, the changes are so convincing.

Twitter is divided on a girlfriend appreciation tweet as some call it love, and some slavery.
Lifestyle
2 years ago

Twitter Inc said on Monday it may have accidentally collected and shared location data of some users accessing its app through Apple devices with an ...
News
2 years ago