'Six figures for a campaign': SA's YouTube vloggers are coining it

The world's richest YouTube vloggers rack up millions in advertising and endorsement deals. Here's how local vloggers compare in the cash stakes 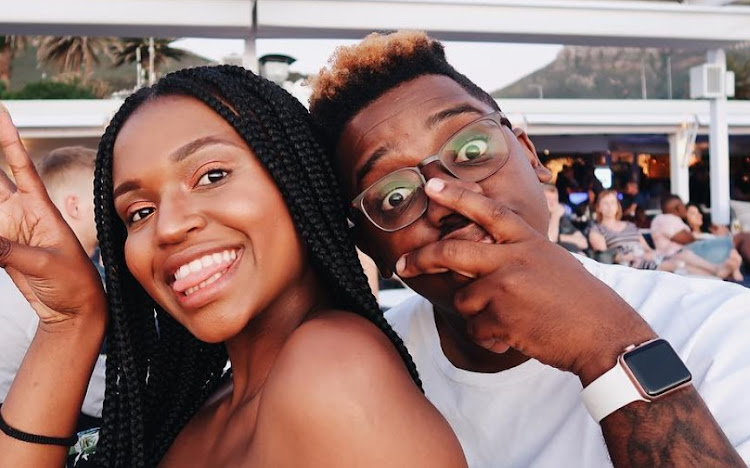 Felix Kjellberg made $15.5m (about R220m) last year from playing computer games. Impressive, but not as notable as a seven-year-old boy named Ryan Kaji who made the equivalent of about R311m for reviewing toys.

The two are among the world's richest vloggers, who entertain millions of fans by doing fairly mundane things on their YouTube channels. Their engaging personalities help them rack up millions in advertising and endorsement deals along the way.

South Africans are a long way off these revenues, but some are able to make a living off their YouTube channels.

Mace is a Cape Town filmmaker living in New York. His channel features original content centred on his travels as an African in the US. The narratives are full of humour and beautiful imaginary and are endorsed by big brands such as Google, YouTube, TEDx, Amazon, FNB and Roxy.

Lewis said Mace would not speak to the Sunday Times unless offered an exclusive interview, but other South African YouTubers were more accommodating. 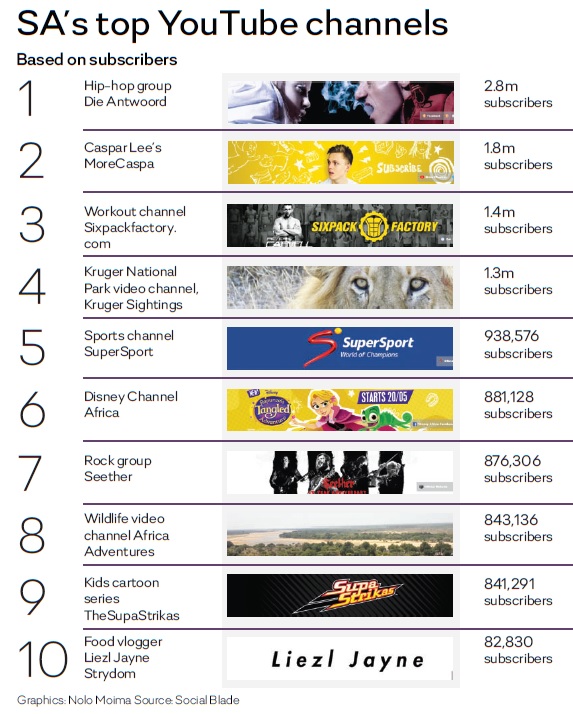 Johannesburg's Snikiwe Mhlongo runs her fashion and beauty channel from her bedroom. The 21-year-old creates and edits her own videos, which have had more than 2.2-million views. Social Blade, a website that tracks social media statistics, says she could be making up to R11,000 a month off YouTube advertising.

Most of her income comes from reviewing wigs and weaves. She says she makes about R2,000 per haircare video.

Her most-watched video is a makeup tutorial in which she and a friend give a humorous how-to in Zulu.

Sibu Mpanza, 24, has had more than 1.4-million views on his channel More Mpanza, which documents his life and relationship with girlfriend Buhle Lupindo, 23.

The short videos target millennials and the most-watched episodes involve skits about their relationship. The relatable, funny couple have collaborated with big brands such as Netflix, Wesbank, Suzuki and Spree.

"We work closely together to make sure everything we create will sustain us in the future. We have been paid six figures for a campaign," said Mpanza.

WATCH | More Mpanza's 'How well does he know his friends?'

Durban's Nhlanhla Hlangu, 23, has more than 46,000 subscribers and has had more than 12-million video views on his channel Nhlanhla Onlife, according to Social Blade.

He is one of the few South African YouTubers to make a living from his online channel, where he offers his opinion on current affairs in English and Zulu.

"I can't exactly talk to my many KwaMashu followers in English only," said Hlangu.

He declined to disclose how much he earns, "but I earn enough to live off my work".

Social Blade estimates he earns up to R24,000 a month from YouTube advertising.

Local #FoodCrush | J’Something has cooked up something new on YouTube

Blending his love of food and music, the Mi Casa frontman has launched an online cooking channel
Lifestyle
2 years ago

When she's not co-hosting The Great South African Bake Off, comedian Anne Hirsch, 35, entertains her more than 12,000 YouTube subscribers by interviewing local celebrities such as politician Helen Zille, presenters Anele Mdoda and DJ Fresh and health guru Tim Noakes. The show is filmed at a studio in Cape Town.

Hirsch said she does make some money collaborating with brands, "but it ain't gonna cover that mortgage for the yacht in Monaco".

Her most-watched clips come from her FOBLE [fear of being left out] spoof bulletins, hilarious takes on South African newsreaders.

Renaldo Gouws, 36, juggles his YouTube career with his work as a DA ward councillor in Nelson Mandela Bay.

Gouws said that "a lot of energy drinks" keep him entertaining his 53,000 subscribers.

He has garnered more than 6.6-million views in 10 years of giving his sarcastic opinion on politicians and political matters in SA. His video on the "F**k white people movement" video got more than 395,000 views.

Cape Town's Ari Kruger, director of the Suzelle DIY channel, which has had more than 28-million views, said viewers were attracted by the character and themes of videos.

"The big YouTube stars are engaging and wildly entertaining and they are able to create and nurture a sense of personal relationship with their audience. People identify with these characters in a personal way and they form a community around the character," he said.

Shame on the shameless influencers who pollute our Instagram feeds

As brand placement on Instagram has become less and less subtle, it's becoming more and more irritating
Lifestyle
2 years ago

Inside the business of SA's professional YouTubers

YouTubers - South Africans cash in on the unconventional profession.
Lifestyle
3 years ago

They populate social media with their fulfilling lives, expensive shoes and exotic holidays. But what effect does the pressure of this 24/7 ...
Lifestyle
3 years ago