I think it's possible that SA could host a F1 race, says David Coulthard

The racing legend on Cape Town's Red Bull Circuit event, flipping Michael Schumacher the 'bird', and why he'd like to see Formula One return to Africa 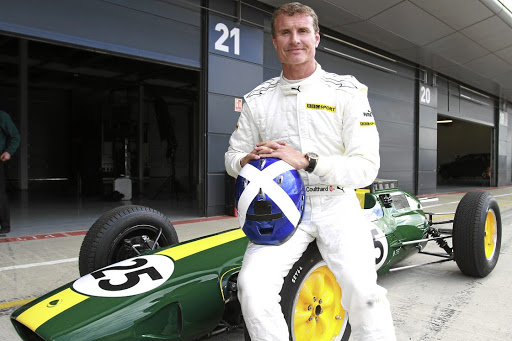 Racing legend David Coulthard says it would be incredible for Formula One to be back in Africa.
Image: Supplied

Cape Town's streets are set to reverberate to the distinctive sound of an F1 racing car next weekend when racing legend David Coulthard gets behind the wheel for the Red Bull Circuit event.

He tells us more.

What can spectators expect from the Red Bull Circuit event?

The normal high-energy performance from the Red Bull racing team. I've had the privilege in retirement of putting on shows around the world displaying the power and excitement of a grand prix car.

I've been to Cape Town before as a tourist and it's a fantastic place with the incredible backdrop of Table Mountain.

Motorsport has played a large part in your family history: as a teenager did you ever imagine you would become an F1 driver?

Not at all. Interestingly I have a 10-year-old and when I ask him what he wants to do, he always replies, be an F1 driver. As a teenager I can never remember saying that and thought I would end up in the family transport business.

But racing is something I really enjoyed and as I grew older I was curious to compete against people from England, Europe and the rest of the world. I moved to cars aged 17 and won the championship and received a call from Sir Jackie Stewart who was setting up the Stewart Grand Prix team. This basically launched my career.

The first F1 team you drove for was Williams in 1994 when you replaced the late Ayrton Senna following his death at the San Marino Grand Prix. For a 23-year-old it must have been exciting but also challenging?

It was. I was testing for Williams for three years, working with Nigel Mansell, Alain Prost and Senna - three world champions. Senna was revered at the time and still is. Of course life goes on and the person that was chosen to take over that car was myself. I would never have wanted to get my opportunity through those circumstances but all I could do out of respect to Ayrton was to give 100% of my ability and that led to 15 seasons of F1.

In a successful career as an F1 driver that included 13 wins and 63 podium finishes, you have described your success in 2000 at the Magny-Cours circuit in France as your most memorable. Why?

It was a track I had always done well at. I had technical problems in qualifying and had to change cars with Mika Häkkinen, my teammate at the time. It was a crazy hour of qualifying - a different format to what we have today. I was able to out-qualify Mika who was a fantastically quick racing driver. I qualified second to Michael (Schumacher). At the start he cut across in front of me and I dropped down to third and had to battle back.

When trying to catch Michael he cut me off which was a bit frustrating and I actually gave him the "bird". I'm not proud of it now but in a moment of energy and frustration that was my reaction. Then I was able to overtake him and go on to win.

It's very satisfying when you feel you are at the top of your game and everything is working well. And in terms of my career, to beat Mika (in his car) and Michael in the Ferrari was one of the strongest performances of my journey.

Do you have any rituals or habits you perform on race day?

I'm a creature of habit. I used to wake up early if staying in a hotel and go for a swim and then a good breakfast. I needed to drink a lot to put the rehydration solution through the body and used to just make sure I was ahead of the curve. It was all about just making sure I felt as well prepared as possible.

Beyond that, once I've dealt with engineers and media requirements I'd have 30 minutes in my own room, lie down and have a sleep. About 30 minutes before the race I'd get some cold water on the face, do some visualisation and then go to the car. Because by that point you have been at the track since Thursday so you know what you have to do. You have to react at the start.

As a driver, what was your favourite track and what challenges did it present?

I really enjoyed Belgium. It was always a challenge -the rollercoaster nature of it, going downhill and then up, the high speeds. The F1 car really comes alive at 100mph and it challenges you. I really appreciated it. And Monte Carlo for different reasons. It has become my adopted home and I still live there after 23 years. It's a crazy place to have a GP yet I've always appreciated Monte Carlo.

There has been talk over the years about F1 holding a race around the streets of Cape Town - is it just talk or do you think it could become a very real proposition?

On a lot of occasions Red Bull racing have sent a running show car to countries that a few years later have gone on to host the race. We have had it in Azerbaijan and other places. It would be incredible to be back on the continent of Africa. SA has a history with F1 and has a former world champion in Jody Scheckter. I think it could be a real possibility.

You are an ambassador for the spinal injuries charity Wings For Life - how did you get involved?

It was such a natural fit in many ways. If you look at my early career as a test driver and then race driver at Williams, Sir Frank Williams (the team boss) had his accident coming back from testing and despite his spinal cord injury has successfully managed winning F1 teams. If you look at medical science where humans have thrown their time, energy and focus they have managed over time to find cures or ways to improve the lives of those living with some injury or illness.

With spinal cord injuries, with enough research and focus there will be a permanent cure found for those that are living a very different life. And it's not normally sports people or thrill seekers living with these injuries - it's everyday people who have slipped in the bath or fallen down the stairs who have had their lives and their families turned upside down. Hopefully in our lifetime we will see, and we are seeing, some really positive results.

F1 television commentator and analyst, newspaper columnist, businessman and still driving cars very fast - is there time for any hobbies?

My hobby is life - the reality is I don't do anything else to a level that would even register in my book as being a hobby. Even a hobby is something you should be pretty focused and dedicated to. Outside of business I enjoy hanging out with friends and family.

AT A GLANCE | The exciting life and times of the late, great Niki Lauda

We take a look at the incredible life of former Austrian racing driver and three-times Formula One champion Niki Lauda, who died on May 20 at the age ...
Motoring
2 years ago

'Lewis is the first driver I put on the same level as Ayrton,' says Senna's ex-McLaren teammate
Motoring
2 years ago