From lunch a la Mboweni to bunny chow: 5 Tito Mboweni dishes that got love 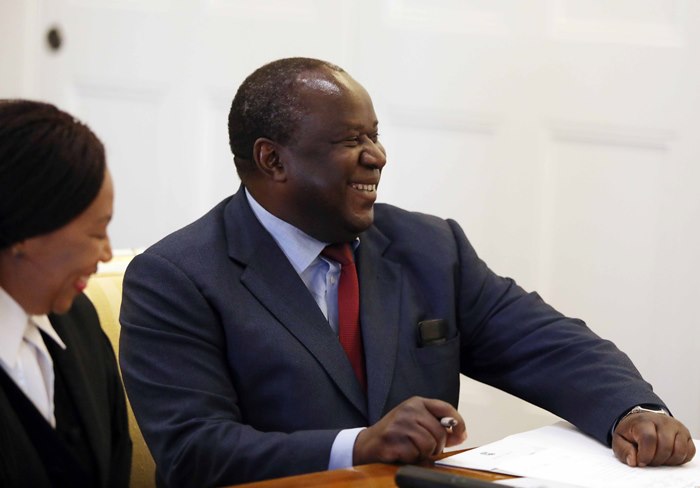 Using his Twitter account, finance minister Tito Mboweni has proved he is more than a numbers man. He is also an amazing cook, in the making.

The minister has been sharing his favourite dishes, and while some were here for it, others did not spare him criticism.

Whether or not he will continue to share his meals on social media after his reappointment as minister of the public's purse remains to be seen.

From lunch a la Mboweni to Lucky Star pilchards, here are five meals which earned the minister "chef" and "foodie" titles.

Here we go! At my age one needs some carrots and cabbage mixed together!! Lunch time is here. Cool .👌🏿👌🏿💪🏿💪🏿 pic.twitter.com/TLhKCtdCTS

Based on the previous experience, it may be too late to start cooking the free range chicken stew. Maybe I should settle for matomana and pap. Any thoughts? pic.twitter.com/mrwuwAx7Oy

Which is the best chicken stew for Saturday, tomorrow? pic.twitter.com/qS9P1lernI

Preparing a simple healthy meal before going to do door to door in Polokwane. pic.twitter.com/tA2927qt1D

Today, I decided on having a Bunny Chow for lunch. We are putting up posters in Haenertsburg and Makgobaskloof. EFF and DA please stop pulling my posters down. Can we be civil please! pic.twitter.com/9dq0pQdeLY