Don't be basic: a guide to slaying slang when you're over 35 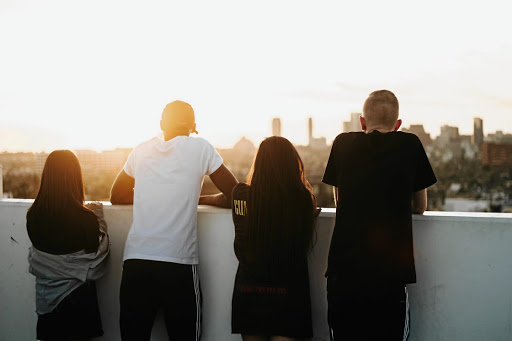 If you're 35 or older, chances are you're finding the slang of today is incomprehensible and bewildering.
Image: Devin Avery on Unsplash

My wife and I have a very best friend who is at least five years younger than both of us, coloured and very, very cool. Among many other things, she is our "youth-term dictionary". She points the way to slang street and offers invaluable definitions of words that without her would make little sense - like "Hotep", for example.

The only "hotep" I knew before she explained this word to me was the South African jazz pianist Hotep Idris Galeta. Turns out, no one cares about that, because on the urban streets, the word refers to a brother who wears his wokeness on his sleeve but is actually a bit of a hypocrite.

"Hoteps" are generally insecure, misogynistic and suffer from pseudo-science verbal diarrhoea in the area of Afrocentrism and the black community. "Hoteps" practise the religion of "misogynoir" religiously, that is: misogyny directed at black women. "Hoteps" would ideally like to dictate how black women dress and do their hair, for example.

Imagine that? And here I was, on Twitter, thinking that all of sudden there was this massive resurgence of a jazz legend among the youth who knew absolutely nothing about him and kept using his name as an adjective instead of a noun.

Youth slang will mess you up.

It will have you walking around public spaces with the fear of God in your heart because you're afraid that the youths are "low-key" (defined as: indicating something that is secretly wanted or felt by the speaker), saying things you don't understand, possibly about you. It will have you agonising, as a 35-year-old, about when the right time is to "shoot your shot" (defined as doing or saying something which could potentially be outside your range of ability) in a conversation.

Youth slang will silently strangle you with words unspoken, because you can't speak them

Youth slang will have you stressed "AF" (meaning as f**k. Used to clarify things or as a synonym for 'very' or 'really'), as a columnist and social commentator before engaging in any Twitter threads that may hold some research value because you're afraid that you will just not understand anything anymore, ever and just feel "basic" (defined as someone devoid of characteristics that make them interesting) instead.

Youth slang will silently strangle you with words unspoken, because you can't speak them. You have no idea what they mean. It will leave you "shooketh" (defined as more shook than you could ever be shook. Shook, by the way, means that you're in a state of shock or surprise). They will make you scroll up and down your phone book until you find a "bae" (meaning: a loved one, or best at everything, or before anyone else) who is slightly younger, very kind and very empathetic whom you can WhatsApp with these very important 11 words: Don't tell anyone I asked you but what does xxx mean?

If you're super nerdy (does anyone say nerdy anymore?) youth slang will find you surreptitiously scanning the African nonfiction aisle in your local bookstore, notepad in hand, for millennials on "fleek" (meaning: on point), so that you can crib vocabulary while they have a conversation.

In short, youth speak will have you, as a 35-year-old and older, feeling some kind of way. And those ways fall into one of three categories:

1. Fomo (an acronym for the fear of missing out on something)

2. Savage (defined as being really petty or dismissive about something)

3. Slaying (defined as killing it/being really good at something)

The category you fall into depends on whether you think the youth are ruining language (see savage) or whether you belong to the school of linguistic shift. I fall evenly into both. I cannot stand words like "woke" and "self-care". I also cringe when I see someone use #blessed on Twitter.

But I do believe that slang does not destroy civilisation and that it does in fact reflect how generations and the different demographics within those generations experience the world around them. Slang crafts the identity of social groups and often acts as a reaction towards societal structures and changes.

I used to have a lecturer who preached that language is a carrier of culture, nothing is just semantics and words mean things to a people. The same, I feel, can be said for the slang of today. It's an important tool that helps a generation stake a space in society by using language in a concise and powerful way. And that's the high-key truth.

Lifestyle has been on top of slang terms for a while now in our semi-regular feature, Lingo Lab. Here are some cool words to know, in case you missed them.

Noun Impressive fashionableness or a cool demeanour. "Look at me! My drip's too hard."

Verb To drip: "Camagu was dripping so much that people were slipping as he walked past them."

Etymology: Birthed in part as a reference to the amount of "ice" (jewellery) one wears, the term has come to encompass everything about a person's presentation.

Listen to Drip Too Hard by Lil Baby and Gunna, or Offset's latest album Father of 4 for further references.

Adjective Greatest of All Time. While it's definitely not a new phrase, it seems not everyone knows what "goat" means.

Over the past decade, photographer Ilvy Njiokiktjien has been exploring, in pictures, the lives of our born-frees, and on how far (or not) our ...
Lifestyle
3 years ago

Example: "When it comes to teen comedies, Mean Girls is the goat."

The phrase has been around for ages, but rapper LL Cool J brought it into the mainstream when he humbly named his 2000 album G.O.A.T. (The Greatest of All Time). So if someone calls you "the goat" (rather than "a goat"), it's a compliment.

Adjective When one is being overly dramatic or over the top. It can be used either as a compliment or as a slight.

Positive: "That reverend at the royal wedding was so extra. I loved it."

Adjective When someone is delightfully controversial, catty, saucy or salacious.

Person A: "That was such a gorgeous wedding ... I'm surprised the groom could stay sober long enough to say his vows."

Person B: "Why are you being so spicy, Angela?"

Verb, active, negative Snatch a wig: To drag or diss someone so badly, it has the same effect as snatching the wig off someone's head - in public; the mother of "shade" and "read".

"I'm not in the mood for Thula's crap today. He must stay away or I will snatch a wig."

Unlike throwing shade or reading someone, wig-snatching has no class or grace

Verb, passive, negative Wig-snatched: To be savagely dragged or dissed by someone. "I can't believe Nolo snatched my wig like that."

Verb, positive When someone (usually Beyoncé) gives a performance so amazing that it leaves their fans gasping for breath, feeling disoriented.

Similar: To lose your edges. Refers to the loss of your hairline (rather than wig) - because, as many know, once it's gone, chances are it's not coming back.

Unlike throwing shade or reading someone, wig-snatching has no class or grace. It's brutal, it's to the point and it's painful. Even if no-one saw the snatching of a wig, the effect is so deeply felt by the snatchee that the snatching may as well have happened before a studio audience.

Noun An intelligent, multi-layered and very truthful insult. "Did you see Joy-Ann Reid's response to Killer Mike's tweet? That was a classy read."

Verb To tell someone their business in a painful, yet articulate manner. "Jackie read me for filth yesterday." To read "for filth" is to give a reading of the most brutal kind.

Traci Kwaai's accessories brand, Aweh Kaapstad, is just one example of how Cape coloured culture and language is being celebrated
Lifestyle
3 years ago