BMW recreates the Garmisch concept car that mysteriously vanished in 1970 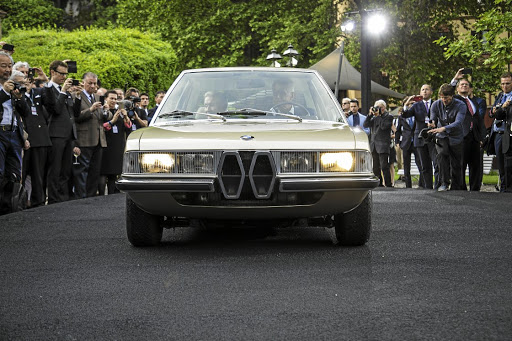 Over the years BMW has used the Concorso d'Elegance Villa d'Este, an annual classic car show held at Lake Como, Italy, to showcase a variety of concept vehicles. Some, like the M8 Gran Coupe, have gone into production, while others like the Z4 Zagato Coupe have remained simply that, concepts.

Their most recent offering was last month with a recreation of the Garmisch - a car with a fascinating history. Originally developed by the design studio Bertone in Turin in 1970, it was to be a surprise show car at that year's Geneva International Motor Show. Reaction was positive, but there was a twist.

With the show over the Garmisch was loaded for transport by rail back to BMW's headquarters in Munich. But the car simply disappeared during the 600km journey.

Until today no one knows what happened to it and this inspired BMW head of design, Adrian van Hooydonk, to look into recreating the vehicle. With just a couple of black-and-white pictures to work from, he approached the original designer, Marcello Gandini, for some insight.

"We wanted to create a modern mid-sized coupe faithful to BMW's design language, but was also more dynamic and even a bit provocative," says Gandini, now aged 80, who attended the unveiling.

When recreating the vehicle, designers turned to the digital 3D printing process to help produce a vehicle as close as possible to the original. "Having seen the final car, it is hard for me to even distinguish it from what we built in 1970," said Gandini of a vehicle that will go into the collection at the BMW Museum in Munich.

Bruce Fraser chats to BMW’s head of design at the 2019 Concorso d’Eleganza Villa d’Este in Italy.
Motoring
2 years ago

Forget the gusheshe! A Ferrari from the 80s is the real retro win

A Ferrari 328 GTS was the main attraction at the annual Concours SA show.
Lifestyle
3 years ago