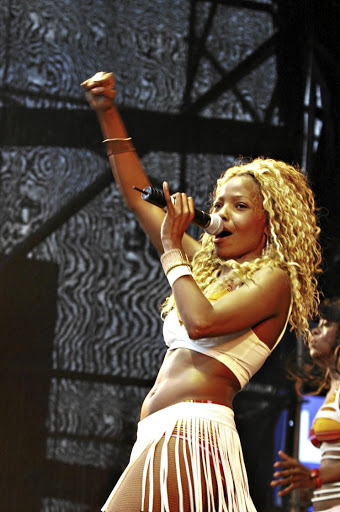 The rights to kwaito star Lebo Mathosa's entire music anthology will go on auction in August, 13 years after her death.

Auctioneer Christiaan Scholtz, of Old Johannesburg Warehouse, said it's believed to be the first time a singer's music rights had been auctioned outside of deceased estates or court-ordered sales.

"It is very exciting - any single South African can own the rights to her music," he said.

"Opportunities like this have always been kept inside the industry, and for the first time the public can have a bite at the cherry."

Scholtz said the auction house was collating Mathosa's song catalogue and compiling a report on annual record sales and royalties.

"There is future business that can be generated by owning her music rights. It's not only the income but the potential income that you would be buying."

Mathosa's death in a 2006 car crash sparked a legal battle between her adoptive and biological mothers for her estate.

Her biological mother, Judy Peter, successfully challenged the Mathosa family's claim in court, winning a settlement that included a cash payout and partial rights to her music.

But when the Mathosa family defaulted on their costs payment, they were sued by Peter's attorney. The remaining portions of the music rights were attached by the sheriff and sold at a court auction in 2012.

Peter's lawyer, Jurgens Bekker, and Limpopo businessman Baldwin Thoka snapped up the remaining stakes, starting a three-way friendship based on their love for the star.

"We have nothing in common apart from a mutual love of Lebo and her music," Bekker told the Sunday Times.

"They must bring it here. I am ready! I am very keen and the producers should give me a chance. I will audition for the role because I can do ...
TshisaLIVE
2 years ago

"Our hope is whoever buys the rights will take her music to the next level and hopefully do extremely well.

"I think that it's the right time now because of the TV series in the works."

Bidders keen on cutting out the auction process had already made overtures, he said.

Peter said the trio had agreed it was "time to let go".

"It is bittersweet to see them go on sale, but it doesn't take away from the way I feel about Lebo," she said.

"She will always be my daughter and every time I listen to her music she is on my mind. That is something I will always have."

"She was, and remains, one of the greatest music figures in the country.

"Much like Brenda Fassie, she is timeless," he said.

"It was a good time for us to consider selling the music to someone else as one lot, and not split it up the way it currently is. There is great potential in these rights and I am hopeful that whoever purchases them will help her legacy to be realised to its full potential.

"I have a very strong emotional attachment to her music and when it went on auction in 2012, it was a surreal feeling to know that I could hang on to a piece of history.

"As a longtime fan and businessman I saw it as an opportunity to not only be part of her music but to make a worthwhile investment."

From Bonang to Zodwa, Who would you choose?
TshisaLIVE
2 years ago

Babes wishes the legends still lived so she could ask them how they did it...
TshisaLIVE
2 years ago