This new house-music genre has taken over the airwaves in SA - and its hitmakers intend to keep it that way, writes Setumo-Thebe Mohlomi 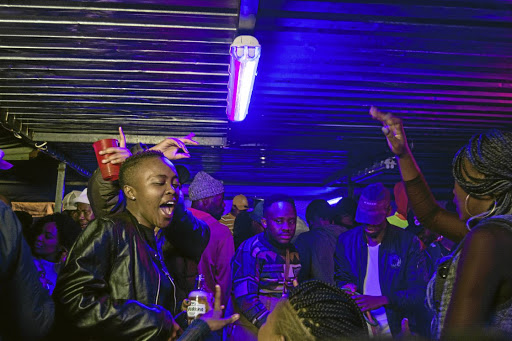 Amapiano heats up the dance floor at the Paradise Bar and Grill in Vosloorus.
Image: Setumo-Thebe Mohlomi

Amapiano, the word being used to describe what's currently South Africa's fastest-growing electronic-music movement, belies the supposed inclusivity of having an isiZulu plural article (ama) conjoined with an English noun (~piano). It is the saying of it, where emphasis is placed, that creates and lays naked one's distance from or proximity to it in language, in culture, in history.

Amapiano, or piano to the hip, inherits its genetics from lineages of music made and popularised in the country's townships. It takes after jazz with its keys, kwaito with its basslines and harmonies, gets its drum patterns and percussion from di Bacardi and its tempo from late '90s South African house. But its demeanour - sometimes soulful, sometimes carnal, often epicurean - is all of its own making and signifies its own time.

This whirlpool of chromosomes obscures the details of piano's birth date. Its current mass appeal has made its place of origin contentious. Some producers, DJs and promoters stake their claim to it, saying that Joburg's townships, Soweto, Alexandra and Katlehong in particular, were its biggest epicentres. Others argue that the sound's proximity to di Barcadi make it a product of Mamelodi, Atteridgeville and other townships in Pretoria.

For Kutloano Nhlapo, who hosts a weekend show as DJ Da Kruk on Gauteng's YFM radio station, piano's origins are irrelevant in the face of its rapid proliferation and quickly unfolding future. "Hore mang mang (That somebody or other) started with a drum and somebody put on keys, that doesn't matter any more. We've got this monster, it's got a captive audience and it's disrupted South African music in a big way," he says and then asks, "How are the guys going to make it more relevant in the next couple of years?"

With amapiano a song blows up on WhatsApp and it really could be from anybody. I love that about it. Everyone has got a fair shot

The sheer volume of piano songs posted online and shared via social media adds disruptive dynamism and democracy to SA's music industry. "With amapiano," Nhlapo says, "a song blows up on WhatsApp and it really could be from anybody. I love that about it. Everyone has got a fair shot. You never know where the next punch is going to come from and that's exciting for music."

The similarity in arrangement and samples used in piano songs that gain popularity casts a shadow on the diversity in sound which has already developed over the years. A deeper understanding of the history of music made and popularised in townships after democracy could be what elevates piano to greater industry recognition and gives it staying power.

Isikhathi, "time" in isiZulu, marked a moment in Lehohonolo Marota's career as DJ/producer Kwiish SA. The song only lives up to its popular nickname, Gong Gong, 20 bars in - with a bassline and kick drum combination that breaks the mould of popular amapiano songs being led by their lyrical content. Similarly, 21-year-old Kwiish SA is finding his rhythm as a professional musician - with different goals to other producers of similar background. 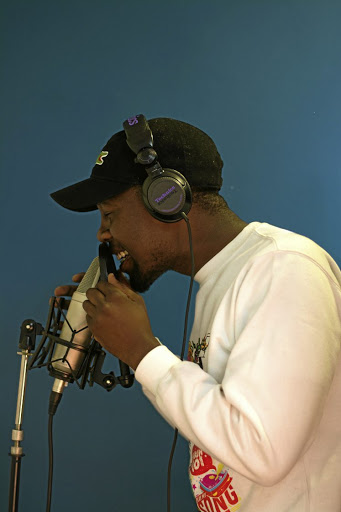 When he was a teen, his father opened a chillas (pub) in Vosloorus. There Marota worked behind the counter on weekends and covetously eyed DJs spinning records and crowds into a frenzy. He soon picked up the basics along with the confidence to play in front of a crowd and joined the cohort of pariahs peddling DJ sets that featured a mostly sneered-at sound.

It was slim pickings in the way of payment when they were able to convince resident DJs at spots like Sifateng and White House to give them a chance. "We were chasing fame, walking the unsafe streets at night," he says "but we did it because we loved it. When we played, we would get paid in six-packs (of alcohol)."

Gong Gong first became a hit in Vosloorus and found its way to a broader audience thanks primarily to WhatsApp. "When you send music through WhatsApp, there is no stopping it. So the name Kwiish SA was already on kids' phones and I would hear my music being played in local taxis, not knowing exactly how it got there."

With the fame he had so long coveted brought on by his hit song, he would have the air beaten from his chest several times by a combination of his own amateurish dealings and those of unscrupulous promoters and record executives. He fell out with his former booking agency when he accepted performance bookings outside of the exclusive contract that he had signed with them.

"When you have management, your gigs decrease because you are more strict with payment. By that time," he reflects "I noticed that I was earning less; I would go two weeks without a gig so I took bookings myself. Also, when Gong Gong came out, there were people who were fighting me, claiming that the song was theirs. There was this one guy who was trying to knock (cheat) me. But that's all in the past, I don't want to resuscitate the controversy."

Now, seated in front of his Compaq laptop at the Content Connect Africa (CCA) offices in the leafy Johannesburg suburb of Rosebank, Marota is working on his second EP, due for release later this year. He is fresh from his first trip abroad where he played as part of Canada Music Week's focus on SA. He seems comfortable, and blissfully ignorant of how CCA is gaining returns from the deal he has signed with them.

A decades-long career in music that started with cassettes and vinyls, progressed to CDs and has witnessed the rise of digital platforms has made Setoki Mbatha discerning about the type of piano he chose as his signature sound. "Amapiano is popular and dominant now, but there are different styles to it - some of them are noisy," he says. "As I have been in this game for a while, I would say that I am mature now, and I have an idea of how to play music that won't make noise but will have a running tempo that will make people dance to it."

The 38-year-old DJ from Orlando West, Soweto, was influenced by DJs such as Ganyani and Digwele in the early years of his career. He started out carrying and connecting sound equipment for house-music luminaries such as Dj Hloks with his friend and peer, Khabzela. For him, there are clear sub-movements which have developed in piano and he knows which he wants to keep a safe distance from. He describes his preference as "quiet" and "mature", although easily identifiable as piano. 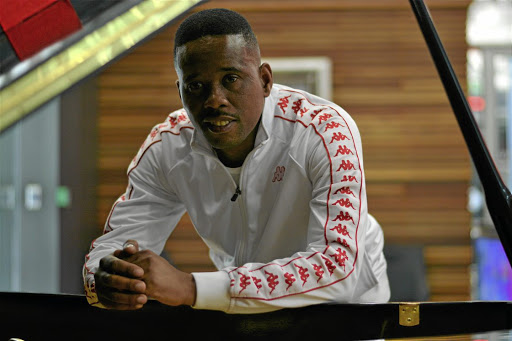 This leaning has helped him differentiate himself from the crop of other piano DJs who invariably play the same popular, usually vocal, songs when they appear on the same bills. Had it been up to him, this mature sound would have remained unchanged when he was recently signed to Universal Records as their first piano act. "The problem is that you need to sell, so we had to make it have a kasi vibe," he explains.

The three-year, four-record deal is a boon he hopes will make him a frontrunner in the movement. He wants to use the role to encourage education amongst younger producers, which will in turn cultivate diversity and creativity. "The way I see (piano), seriously," he emphasises "it's not a thing that will last but we want it to go far. The determining factor is whether or not the guys making the music and getting booked for paid gigs go to school or not. If we don't educate ourselves, we are going to make the same thing waya waya (forever and ever)."

The hip-hop superstar has realised what his music means to him, writes Tseliso Monaheng
Lifestyle
2 years ago

Artists like Mashayabhuqe KaMamba, Sjava and A$AP Shembe are bringing spiritual tradition and modernism together through a new music genre
Lifestyle
3 years ago