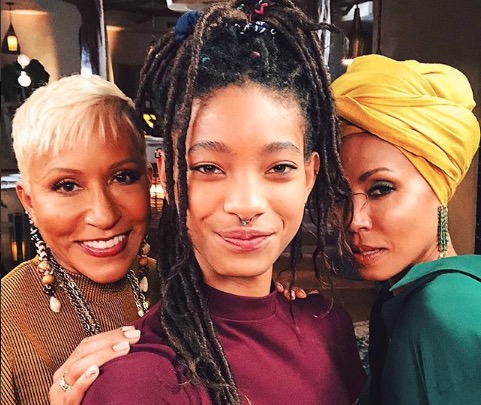 Racism, white privilege and black love - these are just some of the topics Jada Pinkett-Smith touched on when interviewing actress Kristin Davis on Red Table Talk.

Jada admitted that she has had a hard time accepting inter-racial adoptions, explaining that she used to think "black children only deserve black love".

Kristin, who has adopted two African-American children, explained the adoption process in the US, describing how she had to go to courses on how to be a mom to children who are not white.

She said that even though she thought she understood white privilege, it was only when she adopted her children did she fully realise the extent of exclusion and racisism.

"I get why there's no trust. And why would your community trust my community with its babies?"

She said she had to confront prejudices in a different way and had to change schools so that her daughter was not only in a more multi-racial environment, but also taught by black teachers.

Jada admitted that she had to learn that love is love, and through education and learning, she has come to accept inter-racial adoptions.

You can watch the full video here:

The social development department has moved to exclude all private professionals from adoption processes in SA by drafting proposals that will make ...
News
2 years ago

A newly formed political party, Christians of South Africa (COSA), has called for the amendment of abortion laws – to allow fathers to have a say in ...
Politics
2 years ago