Indulge your inner cinephile: 9 movies not to miss at the Durban Film Fest 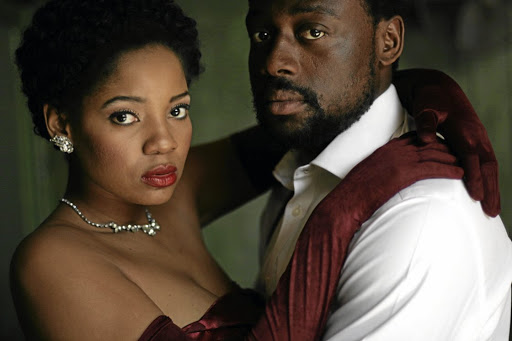 Richard Lukunku in 'Back of the Moon'.
Image: Supplied

In an age when increasing commercialism and box-office success are the driving forces of most local distribution chains and the likelihood of seeing anything more interesting than the latest Avengers film or '70s rock biopic at your local cinema is highly unlikely, it's left to film festivals to provide the only chance that local audiences have to see any left-of-centre or slightly cerebral content on the big screen.

For 40 years the Durban International Film Festival (DIFF) has provided a space for SA audiences who like a challenge, a debate and a chance to renew their faith in the power of the most modern of artistic endeavours to get their fix over the course of the longest-running festival in the country's 10-day run.

DIFF has not been without its administrative and political challenges over the years but it has managed mostly to ride these out to continue to provide hungry audiences and filmmakers with an opportunity to engage with the world through the power of cinema and see the potential that the medium continues to offer for us to deal with pressing issues of our time.

Stop turning your nose up at African film & music festivals

Not only are events such as Nigeria's Gidi Fest lit, they're far more rand-friendly than the likes of Glastonbury and Coachella
Lifestyle
2 years ago

This year the festival is programmed by a diverse group of eight programmers from around the continent and offers a specific focus on films from Canada and Africa as well as the best that local filmmakers have to offer in the feature film, documentary and short-film genres.

With a vast selection on offer it's hard to choose, but here is a short selection of some of the best at this year's DIFF:

Veteran director and Oscar nominee Angus Gibson brings his long-awaited Sophiatown film Back of the Moon to the festival. It's a noirish tale of gangsters, jazz singers and the end of a celebrated brief period of cultural expression set on the eve of the relocation of Kofifi's residents and the destruction of the township.

The opening-night film of this year's festival sees the continuation of Jahmil X.T. Qubeka's fascinating and increasingly prolific career as following last year's Sew the Winter to My Skin, the director returns with a dark, murky and violent tale of the boxing world of Mdantsane in the Eastern Cape.

WATCH | The trailer for 'Knuckle City'

The closing film of the festival is a feel-good tale of a local corner café in Wynberg, Cape Town. In the vein of the identity comedy dramas that the Brits like to churn out, this is a home-grown tale of family, community and the fight between the past and the future, directed by Maynard Kraak.

The incredible true story of Trinidadian Ulric Cross, who grew up in the West Indies, joined the RAF during World War 2 and became its most decorated Caribbean member. That's only the beginning of the story as Frances-Anne Solomon's part-biopic, part-documentary, genre-bending film shows.

Cross went on to take a dramatic swerve when, after a career in broadcasting and life in a social circle that included ground-breaking post-colonialist theorist CLR James, he became involved in the post-independence movement sweeping across Africa in the 1950s and '60s.

Shot in Trinidad, Ghana, the UK and Canada it's a lushly recreated and thrilling tale of a man who found himself in several of the key places in the Cold War-era developing world at exactly the right time.

Journalist and critic Roger Young brings his much-anticipated feature film to the festival. Set in Cape Town, it's a tale of sex, hipsters, drugs and emotional manipulation that will resonate with anyone who's ever spent time in the Mother City's social scene in the early hours of the morning.

Italian director Riccardo Salvetti asks questions about identity, representation and memory in this film about two people caught up in the genocide in Rwanda in the 1990s. Using the conceit of two productions with two different pairs of actors - one Italian and one Rwandan, it asks provocative questions about the use and depiction of one people's suffering for the satisfaction of another.

Fresh off its debut at this year's Cannes Festival, America's indie king Jim Jarmusch's zombie film debuts in SA. With a cast that includes such regular Jarmusch collaborators as Bill Murray, Tom Waits and Adam Driver, it's a typically deadpan take by America's favourite cult filmmaker on the zombie genre.

Documentary director Nicole Schafer presents this carefully observed but quietly piercing examination of the role of China in modern Africa. It follows the character of Enock, a Malawian teenager raised in a Buddhist school who must negotiate the thin line between his home-grown traditions and the role he plays as part of China's programme of benevolence on the continent.

WATCH | The trailer for 'Buddha in Africa'

Joel Zito Araújo's documentary traces the history and influence of Africa's legendary musical ground-breaker Fela Kuti through the journey of fellow musician Carlos Moore. Moore leads the audience on a journey from London and New York back to Nigeria to find out the story of his friend and his transformation from high-life jazz performer to pan-African activist and the voice of a unique generation that continues to inspire long after Kuti's death in 1997.

WATCH | The trailer for 'My Friend Fela'

Director Jahmil X.T. Qubeka's latest film is SA's official submission for the Oscars. He tells us more about it
Lifestyle
3 years ago

'Devil at the Crossroads': Robert Johnson doccie hits all the right notes

Director Brian Oakes re-examines the legend of a Delta blues singer and guitarist who supposedly sold his soul to the devil in order to achieve ...
Lifestyle
2 years ago

'The Lion's Share': how Disney made millions from a poor Zulu artist's song

A Netflix documentary retells the story of how Solomon Linda's song 'Mbube' morphed into the big hit 'The Lion Sleeps Tonight', and yet he died ...
Lifestyle
2 years ago