Theatre director Matthew Wild tells Claire Keeton why this big-hearted production is like 'The Rocky Horror Show', but different 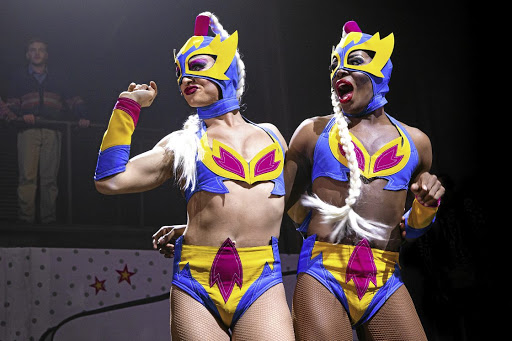 Why go to Kinky Boots unless you're a musical fan? I'm not usually, but the premise of this hit show - accepting people for who they are - caught my attention and the stellar cast held it, from the first song to the final bow at The Fugard Theatre in Cape Town.

Earl Gregory in stilettos and drag as Lola was the star, with a flock of gorgeous "angels", and Darren Craig, as the owner of a failing shoe factory, was excellent in the award-winning musical.

"It's up there with Rocky Horror. Both shows celebrate difference and revolve around larger-than-life, gender fluid lead characters, but Rocky is more anarchic, more rock 'n' roll, while Kinky Boots comes to life in Cyndi Lauper's brilliant, pop ballads and club tunes," says the director Matthew Wild of the big-hearted show, with a bigger cast than Rocky Horror, which he also directed.

An acclaimed opera and theatre director, Wild reunited with the same creative team that pulled off 444 performances of Rocky Horror, West Side Story and Cabaret. He wanted to produce Kinky Boots from the first time he listened to the score, and says: "The central theme resonated with me. It's about the importance of accepting difference in others, and about accepting yourself, even the parts of yourself which you struggle to like."

Gate 69 has been voted the best theatre experience in the Western Cape on TripAdvisor. Claire Keeton chats to the stars of its latest show
Lifestyle
2 years ago

The production is a hit in SA, after sold-out shows on Broadway and the West End since 2013. "We had to compress all the fabulousness of a mega Broadway-scale production onto a small stage," says Wild. "It's demanding for the cast. Lola and her Angels have to navigate high heels, frequent quick changes, lots of wigs, all while singing really challenging vocals and executing tricky choreography - sometimes on moving conveyor belts!"

Gregory, who shone in the title role of Joseph and the Amazing Technicolor Dreamcoat, and Craig, who starred in Grease and High School Musical, have the range of talent to sing, dance and act, changing pace in a flash.

"Musicals are more technical than opera," Wild says. "Operas tend to move at a slower pace, with fewer location changes. In musicals, there are so many technical and creative layers to get right in any given five minutes of stage time." 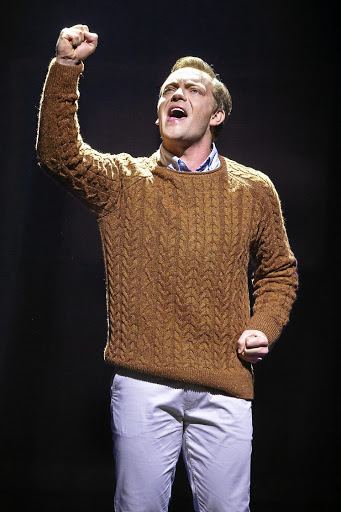 Darren Craig in 'Kinky Boots' at the Fugard.
Image: Supplied

Kinky Boots, the winner of six Tony awards and three Olivier awards, is based on a true story. Charlie Price inherits a shoe factory which can't compete with imported brands and his employees' depend on their jobs. A chance encounter with the glamorous Lola prompts this everyday hero into pursuing a niche shoe market: stilettos for men. Price drags Lola into this venture, where she earns the affection of the factory staff after their initial wariness.

Tolerance is not a new theme for Wild. He made his debut as a writer and director while still studying at UCT with a play called More which explored '90s rave culture and gay issues, and was picked up for a run by Artscape.

At school Wild says he was a "competent pianist" but he fell hard for opera when he heard it. "I can't sing, so I went to UCT drama school with a view to becoming a director."

His first opera overseas was Miss Julie which was staged in Sweden when he was 29 years old, followed later in SA by Rossini's sophisticated comedy Il Viaggioa Reims.

Wild, now 40, is the artistic director of the Cape Town Opera and is in demand as an opera director in Germany, Switzerland and Austria, where he spends about three months a year. He "dabbled in advertising" in his twenties before being drawn back into theatre full time.

"One day Daniel Galloway from the Fugard told me he had rights to the Rocky Horror and asked me about it. I was a bit hesitant initially. The iconography of Rocky is so fixed, and I only wanted to do it if we could find a fresh approach to it. I think we did bring something new to it," he says of the smash hit.

Two weeks into its premiere in Cape Town on June 11, Kinky Boots got extended for two months.

• Produced by Eric Abraham and The Fugard Theatre, 'Kinky Boots' is on until October 27. The recommended age restriction is no under 10-year-olds. For details visit thefugard.com

Most people avoid risk as they get older, but not stand-up comedian and medical doctor Riaad Moosa from Cape Town.
Lifestyle
2 years ago

Land and family are at the core of this musical theatre collaboration between the 'Luther' star and director Kwame Kwei-Armah, which sees a young ...
Lifestyle
2 years ago