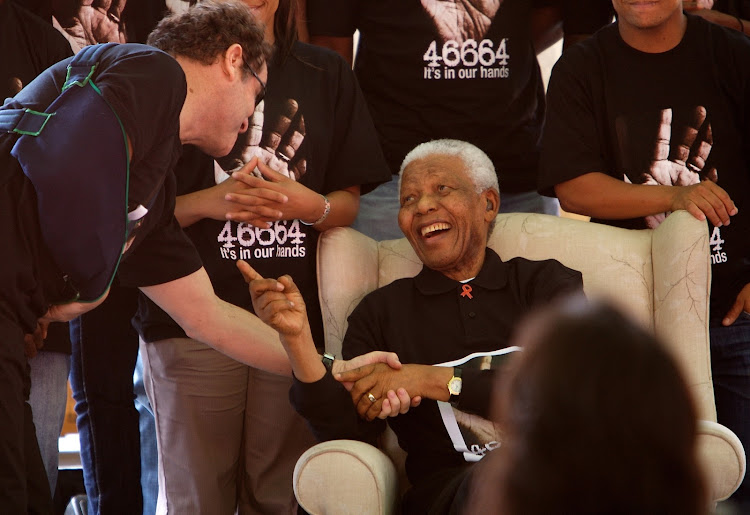 The fact that veteran musician Johnny Clegg died just days before Mandela Day makes his death all the more poignant. It's a reminder of how the lives of the two great men were linked by their shared dream for SA — and by an iconic song.

In their different ways, Nelson Mandela and Clegg fought tirelessly to bring about the end of apartheid. When Mandela was locked away from the world on Robben Island, Clegg did his best to ensure the world did not forget about him, or the importance of his cause.

In 1987, Clegg released his haunting song Asimbonanga (We have not seen him). Dedicated to Mandela, it openly called for his release from prison at time when it was illegal to even publish photos of the freedom fighter in local newspapers.

The authorities banned the anthem but it became a national favourite.

In what Clegg said was a highlight of his career, Mandela made a surprise entrance on stage during a performance of the hit in Frankfurt in 1999.

"I was in the first verse of the chorus when the audience erupted and I thought 'wow! they know my song', but it was Mandela, walking behind me on stage'," he said.

A statement released by the Nelson Mandela Foundation confirms that Madiba had the greatest respect for the singer-songwriter.

"In 1996 Mandela described Clegg's music as combining 'the strains of hope and despair'. A decade later he indicated that in a South Africa still riven by racial and other divides, the country needed more South Africans like Johnny."

This Mandela Day, take Madiba's words to heart and be like Clegg: a man who realised early on that when you embrace someone else's culture wholeheartedly, wonderful things can happen.