It’s been 50 years since Neil Armstrong made that 'one small step for man, one giant leap for mankind' but there are still people who believe the moon landing was staged 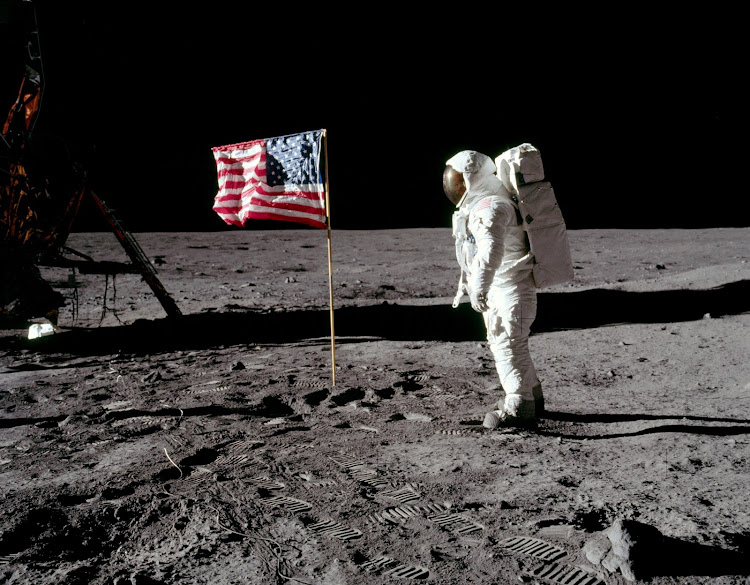 Astronaut Buzz Aldrin poses for a photograph on the moon on July 20 1969. Note the lack of stars in the background.
Image: Neil Armstrong/NASA/Handout via REUTERS/File Photo

On July 20 1969, Neil Armstrong, Edwin “Buzz” Aldrin and Michael Collins became the first men to land on the moon. It’s been 50 years since that momentous occasion but it seems there are still many conspiracy theorists who believe their spacecraft, Apollo 11, never left Earth.

A recent YouGov poll found one in six Britons believe the moon landing was probably staged, while 10% of Americans and 57% of Russians think Apollo 11 never went to the moon.

Here are five reasons why people still believe the US government lied about the moon landing:

1. DESPERATION FOR DOMINANCE DURING THE COLD WAR

Some believe the US government was so hell-bent on winning the Cold War they pulled a fast one on everyone. The Soviet Union’s space programme was well on its way to a successful moon mission but the Americans couldn’t let that happen, so they faked a landing.

Theorists even go as far as implicating filmmaker Stanley Kubrick, claiming he helped the US government create a space-like set using the impressive special effects employed in his 1968 film 2001: A Space Odyssey.

Others think the US couldn’t afford to send astronauts into space, so they fabricated it, creating the effect of the weak gravity on the moon by attaching thin wires to the astronauts and filming them jumping. They say Nasa then slowed down the film to make it look as if they were floating. In an attempt to prove this theory, some have gone as far as constructing their own wiring systems, filming themselves using a slow-motion effect and putting their videos alongside the Nasa footage.

2. THE US FLAG IS MOVING BUT THERE IS NO WIND IN SPACE

Conspiracy theorists claim the apparent movement of the flag planted on the moon is, well, a red flag as there is no air and no wind in outer space.

Watch this space: exciting projects in the works by SA's space programme

African governments, including South Africa's, are investing in elaborate space programmes, and some interesting results are beginning to emerge
Lifestyle
2 years ago

However, Nasa says Aldrin was twisting the flagpole to get moon soil (one of the many souvenirs Apollo 11 came back with) and that’s why the flag appears to flap. The agency also said they engineered the flag to look like it was moving in a breeze because they knew a regular one would stand still in space.

3. WE SEE ASTRONAUTS ON THE MOON BUT WHERE ARE THE STARS?

The lack of stars in the pictures taken during the moon landing mission is proof that it didn’t really happen, claim some conspiracy theorists. However, scientists and photographers have argued that the stars don’t appear because the focus of the image was the astronaut and not the dimly lit stars. 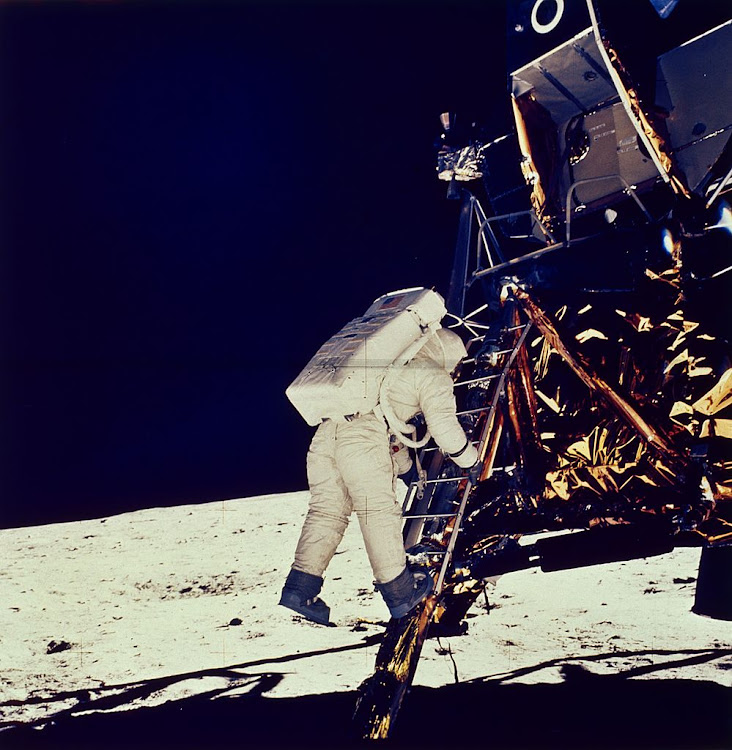 Buzz Aldrin steps onto the moon from the Apollo 11 lunar module on July 20 1969. The shadows in these sorts of photos are a hot topic among conspiracy theorists.
Image: Neil Armstrong/MPI/Getty Images

4. THE SHADOWS IN THE PICTURES ARE DIFFERENT LENGTHS, MEANING THERE WERE DIFFERENT SOURCES OF LIGHT

There are sceptics who are convinced the multiple-angle shadows in the photos prove there were other sources of light – such as large studio lamps. But the science behind it is that the astronauts were taking their photos in a hilly, brightly-lit landscape, while the sun was close to the horizon, so of course the contours of the ground would produce shadows of varying lengths.

5. IF ARMSTRONG WAS THE FIRST MAN ON THE MOON, WHO FILMED HIM CLIMBING DOWN THE LADDER?

Some doubters are convinced the moon landing couldn’t have been filmed the way it was if it was real. Their argument is: “How could there be cameras on the moon if no one had set foot there before?” But there is a simple explanation.

According to Popular Science, aeronautical engineer Deke Slayton pushed Nasa to include an erectable antenna on the ladder Armstrong descended, so he wouldn't have to wait for a tracking station to come within range before stepping outside.

The Armagh Observatory and Planetarium’s website says debunking this theory is a no-brainer because: “Armstrong stopped to pull a cable which released a TV camera which swung out from the side of the Lunar Module. This was to broadcast his historic first steps worldwide. On recordings you can hear him asking mission control if they were getting a good picture before he continued climbing down.”

Nasa has a plan to put the first woman on the surface of the moon by 2024 in a project the US space agency is calling Artemis, after the Greek ...
Lifestyle
2 years ago

South Africans are throwing shade at American social media users who are obsessed with a "joke event" involving a millitary base, the fictitious area ...
News
2 years ago