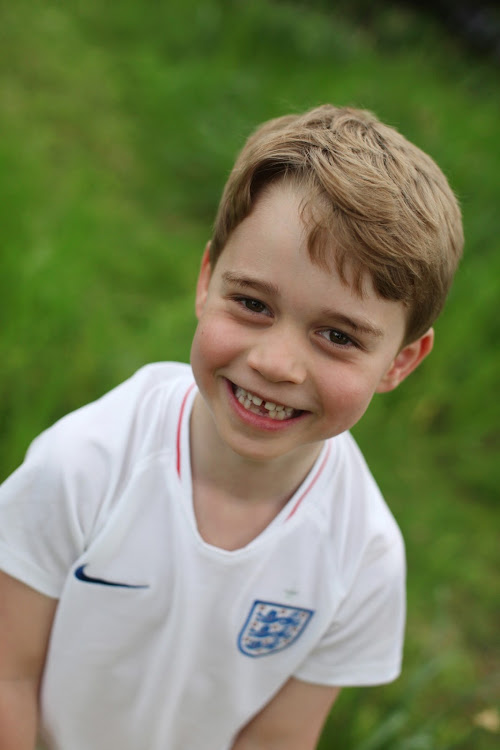 Prince George playing in the garden of his home at Kensington Palace, London. The little royal turned six on July 22 2019.
Image: The Duchess of Cambridge via Getty Images

Can you believe it's already been six years since Prince William and Kate Middleton had their first child?

Their eldest, Prince George, celebrated his sixth birthday on Monday and to mark the occasion his folks shared some new snaps of the little boy on Instagram.

There's a rare snap of Prince George on holiday and a couple of him happily playing in the gardens of his home at Kensington Palace, London. Dressed in an England football jersey and looking very much like any other 'ordinary' six-year-old, it's surreal to think that this chuckling youngster will one day be the King of England (he's third in line to the throne).

As with many of the photos the Duke and Duchess of Cambridge share of their three kids on social media, these were taken by the Duchess, who was recently appointed patron of the Royal Photographic Society.

Middleton often favours outdoor settings for such photos and, according to People, she encourages her children to play in the garden come "rain or shine". She also said that her kids love posing for snaps.

WATCH | Queen Elizabeth II, 93, shows she's still got it as she declines help to plant a tree

Queen Elizabeth II proved during her visit at the National Institute of Agricultural Botany in Cambridge that age is just a number as she politely ...
Lifestyle
2 years ago

Although Prince Harry and Meghan Markle are known for playing by their own rules, they did honour one royal tradition when they christened their ...
Lifestyle
2 years ago

Catherine, Duchess of Cambridge (AKA Kate Middleton), has shared snaps of her family happily exploring the garden she designed for London's famed ...
Lifestyle
2 years ago