Called Sistaaz of the Castle, the photo shoot for this publication offered these Capetonians an imaginative respite from their daily struggle for a halfway decent life 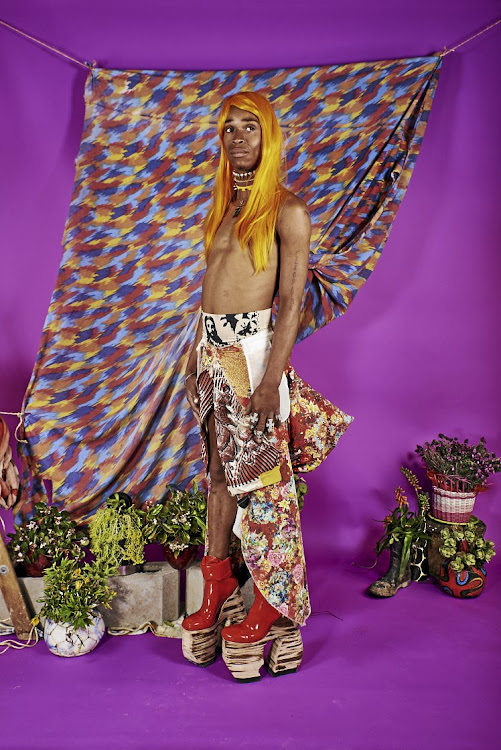 Cleopatra poses with a reconstruction of the place under a Cape Town bridge where she lived with trans friends and colleagues until police cleared them out last year.
Image: Jan Hoek

Meet Cleopatra, “fierce ruler of the African continent”, who poses in silky, fishnet outfits, even horns, for a fashion shoot. This transgender woman sex worker even has an improvised “Nike Air Max” sandal named after her in Sistaaz of the Castle — a glossy magazine to be launched on Women’s Day at the Castle of Good Hope in Cape Town.

Cleopatra and six other models make their debut in the publication created by SistaazHood — a support group for trans women sex workers — with Dutch art photographer Jan Hoek and fashion designer Duran Lantink.

The fantasy collection showcases their fashions, aspirations and dreams, which soar far above the brutality they confront on the streets every day.

Together the “sistaaz”, Hoek and Lantink have produced a publication fusing fantasy and reality and capturing the style that inspired Hoek to reach out to them about five years ago.

“We all designed our favourite dresses and then we chose seven ambassadors for the photo shoot,” says Netta Marcus, in leopard-skin pants and lipstick, the founder of SistaazHood.

Apart from Cleopatra, the models imagined themselves as singer Celine Dion, as Coco Chanel, as a Burundian supermodel, as a brothel owner, as Joan Collins (in a wedding dress), and as a mafia godmother. The Cape Town trans sex worker known as Coco Chanel imagines herself far, far away, burning brightly in New York City as the flame in the torch held aloft by Lady Liberty. In this fantasy, she runs into Lady Gaga once, who dedicates a song to her.
Image: Jan Hoek

In Coco’s narrative she meets Lady Gaga at a concert in New York. “I told her I would like to come out of an egg and to be the flame of the torch of the Statue of Liberty. Most people would laugh but she understood and told me I was her muse. She even wrote a song about me called The Flame of Liberty.”

Rising to the top of the DA ladder may not be everybody’s vision, but that’s where Cleopatra sees herself, before unseating Cyril Ramaphosa as president of SA. It started with Donald Trump’s election in the US. “First I thought I was tripping. It was crazy! But I thought: if he can do it, I can do it as well.”

Living mostly on the streets, the sistaaz are regularly chased and arrested. Their ID books and antiretrovirals to treat HIV — with which many of them are infected — are often confiscated.

This vicious cycle ultimately claimed the life of the feisty SistaazHood leader, Leigh Davids, on February 27. In 2017 Davids said in a Sunday Times interview that trans sex workers are unlikely to live beyond 40. She died at 39, a month before her 40th birthday.

Davids drove the Sistaaz of the Castle collaboration and wrote about how the movement started with her friend Cym’s dream of having a home for them one day.

“She wanted education for us,” Davids wrote about Cym. “She wanted medical care for us. She wanted dignity for us. She wanted us to be known for who we are … People are curious about us, they want to understand us. But still we sleep huddled together under the bridge, covered by plastic. Still our friends die from TB and murder and pneumonia and Aids.”

Trans sex workers are the most vulnerable group with HIV, said Lesego Tlhwale, advocacy manager for the nonprofit Sex Workers Education and Advocacy Taskforce. They face layers of discrimination for being sex workers, for having HIV, for using drugs, for being homeless, for their race — and for being themselves, because being transgender often means rejection from childhood.

Does not having a cervix make you any less of a woman?

SistaazHood was the first movement uniting them and, led by Marcus, they began living in a group outside the Castle walls in Cape Town.

“If it weren’t for Netta, the girls wouldn’t have lived together at the Castle, sharing their secrets, sex tricks and wardrobes. They wouldn’t have celebrated birthdays and holidays together, and do all the other stuff that families do,” the sistaaz write in the magazine.

What they long for is a place they can call home and have a locker for their possessions. “We are ready to start building our own permanent castle,” Davids wrote. 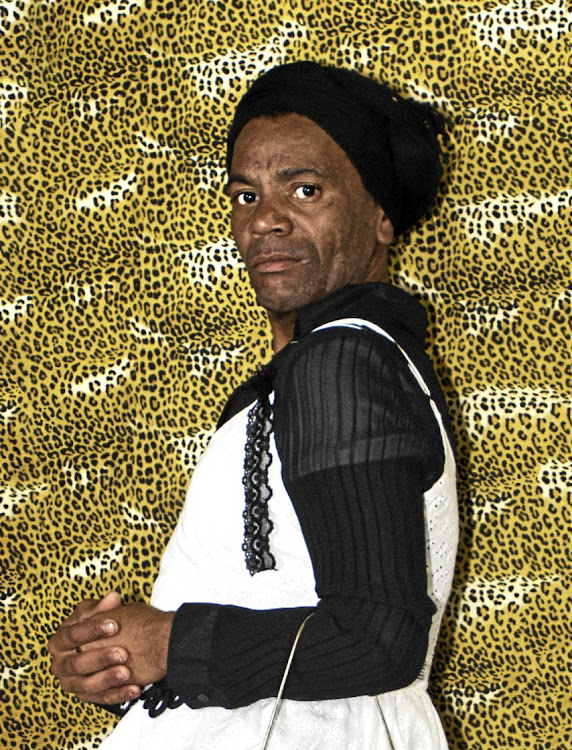 Members of the SistaazHood, a support group for trans women sex workers, regard Netta Marcus as the ‘mother’ who brought them together.
Image: Jan Hoek

The Sistaaz of the Castle is a step to realising this dream. Their designs were exhibited at a fashion show with sex workers in Amsterdam and their photos have been exhibited by Red Hook Labs, an arts education project in New York. Marcus says their collection shows the world what they feel like inside, their true selves.

“When Leigh was admitted at the hospital, the nursing sister asked: ‘What is transgender?’” says Maria Stacey, an HIV and human rights consultant. She took Davids and her mother to Brooklyn Chest Hospital.

“Leigh explained that she was born biologically male but has a female identity and has always lived as a woman. The sister said: ‘Well then, you are welcome here and we accept you.’ ”

• The Sistaaz of the Castle launch is on Friday, August 9, at the Castle of Good Hope at 7pm.

Transgender discrimination is worse if you are poor

When Linda Zakiyya Chamane finally made it to the police station late at night‚ her white jacket dirty and torn‚ bruises covering her body‚ she was ...
News
3 years ago

Gillette has sent a powerful message of inclusion and diversity in its latest ad campaign.
Lifestyle
2 years ago

This powerful statement sums up the inspiration behind acclaimed artist Zanele Muholi's legacy project 'Faces and Phases', which is now on in it's ...
Lifestyle
2 years ago