'Flatland' is a Western with a difference, writes Claire Keeton. It's set in the platteland, all the characters are women and there's not a John Wayne in sight 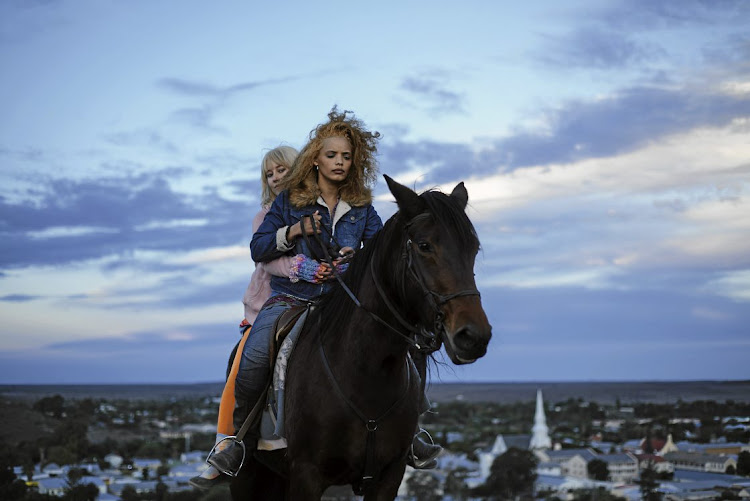 The outlaw bride Natalie (Nicole Fortuin, front) flees her husband and the law on horseback in the Karoo, with her pregnant friend Poppie (Izel Bezuidenhout) hanging on in a scene from the movie ‘Flatland’.
Image: Gabriella Acahdinha, Proper Film Photography

Three women, two guns, one horse and the Karoo landscape stretching into infinity: SA’s first female Western by Jenna Bass has all these, plus an offbeat plot that rampages along to the last laugh, and an unexpected end.

Bass, the scriptwriter and director of Flatland, has subverted the cowboy genre with her imprint: an unorthodox take on a familiar world.

“It’s a bit of a Western and road movie-cross-detective movie, with Tarantino-ish elements,” says actress Faith Baloyi, impeccable in Flatland as the steely but big-hearted detective Beauty Cuba.

Her deadpan stare and delivery, the getaway horse and gunslinging give the film its Clint Eastwood edge but Bass goes beyond macho conventions, probing instead the inner turmoil of her star-crossed lovers and their apartheid scars.

Take the outlaw bride Natalie, who flees her husband and the law on horseback across the Karoo, with her pregnant friend Poppie hanging on behind her.

Despite their intimate bond, her conflicted feelings about Poppie flare up when the farm girl describes Natalie as her sister. “We are not sisters. My mother was paid to love you. I never had a mother because of you,” she says.

When Poppie’s aunt finds Natalie in her bloody wedding dress in their house — on the eve of their flight — and says: “What the fuck is your n****r girl doing here?”, Poppie puts a gun to her head. “I’ve told you before, don’t call Natalie a n****r,” she says.

After Poppie swears on the phone at the policeman Natalie married, and tells him to get lost, she says to her friend: “When a woman says ‘no’, it’s ‘no’, otherwise it’s rape. I saw it on TV.” 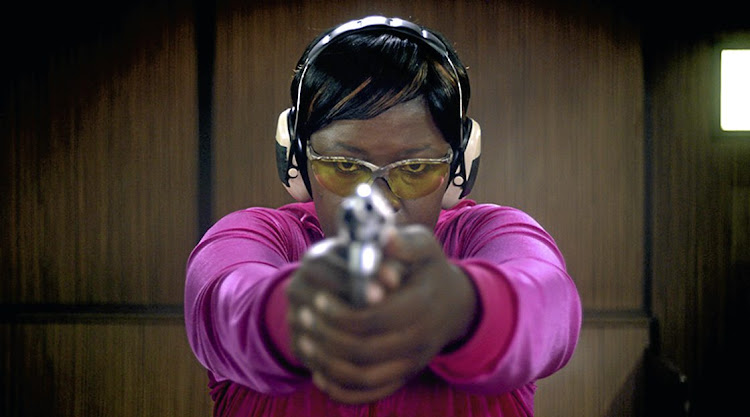 In these moments, Poppie reveals herself to be more than a deluded “poppie”, though she is that too. As Baloyi observes, Bass has transformed archetypes into complex, realistic characters, with one common thread — the attainment of love and pursuit of freedom.

“South Africans expect a film to be a particular tone or subculture: a funny movie that makes fun of things, or a gangster movie with white policemen, or a sad movie about HIV. Even in world cinema, people tend to expect one thing,” says Bass.

“Flatland is such a strange mix: a very unusual mix of genres, characters and tones and emotions, all in one film.

“In Europe many people definitely got the film and loved it. Others would say to me: ‘Can you explain what you are saying about women?’ But it’s not just about gender and I don’t offer solutions.”

Flatland has echoes of Thelma & Louise, but Bass is bolder: a trio of women from three diverse race groups are at the heart of her plot.

Nicole Fortuin, outstanding as Natalie, says: “They are plausible characters and that’s where the magic lies. You could know these people, walk past them, but their situation is raw. None of it is glamorous.” 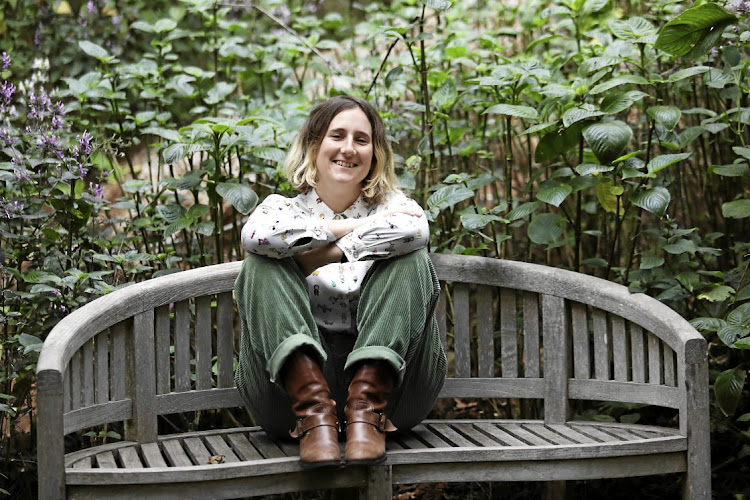 When we meet at a Woodstock coffee shop, Bass stands out in a faded pink bomber jacket with Ninja Turtle, polar bear and other badges on it, which she was given from the set of Rafiki, a banned Kenyan film about lesbian lovers that premiered at Cannes. She loves vintage stuff.

Of the unconventional characters in her movies, Bass says: “To a greater and lesser extent they are based on real people, and to some extent on myself. Everything I have observed about other people and myself, I apply to imaginary people.”

She took two trips by train to the Karoo, out of which the film evolved. “I spent a lot of time doing what the characters in the film do. Walking up and down highways getting hooted at by trucks. Hanging out in empty bars. I channelled a lot of that sound and nature into Flatland.”

WATCH | The trailer for 'Flatland'

Flatland auditions took place in 2016 and the film was finally shot in 2018 in Beaufort West. When Bass started the script 10 years ago, it revolved around an apartheid nuclear bomb but this fell away, though the Karoo setting stayed. “Beaufort West definitely gave a layer to the text, the weather and that simplicity in isolated spaces,” says Bass

The crew, who mostly stayed at the Wagonwheel Motel on the outskirts of Beaufort West, glimpsed in the movie, became like “a family in the middle of nowhere”, says Baloyi.

At the Berlin premiere, where Flatland was the opening film in the Berlinale Panorama section, they had a reunion, except for Fortuin who was working in SA. “I was still in my room in Paarl on my own. They were crying. I was crying. I was so elated,” she says.

“It will be interesting to see South Africans’ reactions,” muses Bass. “But honestly, I am not sure what I think of it.”

Even the most absurd elements of the film are real: 'Knuckle City' director

Filmmaker Jahmil XT Qubeka's latest is a boxer/gangster film set in the Eastern Cape, which ponders the meaning of manhood. We find out more
Lifestyle
2 years ago

Indulge your inner cinephile: 9 movies not to miss at the Durban Film Fest

The Durban International Film Festival stays true to its traditions this year with a programme that will satisfy audiences who like a challenge and a ...
Lifestyle
2 years ago