How self-absorbed parents can scar their child for life

You can't choose your parents, but there are ways to survive them, writes Haji Mohamed Dawjee 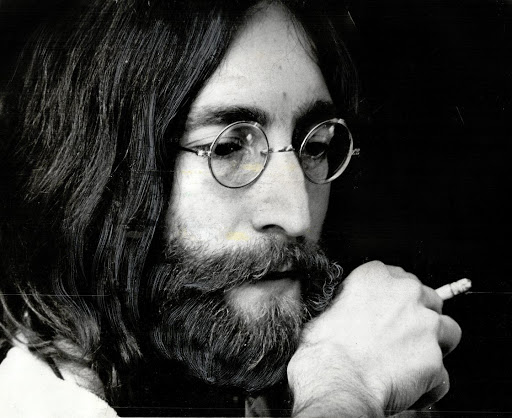 When the conversation of becoming a parent arises, there's always one question that pops up: are you prepared to have this responsibility for at least 18 years?

There are so many things wrong with this approach. We tend to think of the mothers who have children more than the children themselves.

We speak of and to parents, but we never grapple with the fact that it's the child who has to deal with the parent for at least 18 years. A child who has had no choice in the matter of being born, of being brought into this world - and more than that, a child who has not made an active decision about who their parents are, and what kind of parent they will be.

Choosing to be a parent without a second thought for the human aspect of a child can often be an act of self-absorption. Being the child of a self-absorbed parent is an act of helplessness. You get what you get, and that's it and you're stuck with them, for however long. And in that static state the burden of responsibility falls on the child, who laments the love of their parents.

Pop culture has delivered us no better example of the gifted child who grieves his own existence as well as his mother's than John Lennon. I won't get into details of the dynamics of their relationship and the biographical details, but in short Lennon was abandoned. He spent much of his life harnessing his talent to impress his mother, and soon after he "won" her back into his life, he lost her.

His creative expression, his gift, extended beyond her living years, as we all know, but more significantly, Lennon mourned and buried his mother in the lyrics: Mother, you had me but I never had you.

Mother is a poignant song I think about often, especially when I consider the tortured relationships adult children have with their mothers.

It's a hard truth that I wish all moms-to-be, as well as existing moms, would consider. It speaks not only to the fact that Lennon didn't have his mom in his life for much of his childhood, but also that he didn't choose to be born, he didn't choose her, she chose him, and the responsibility of proving why he was worthy fell on him.

The ambivalence of the song is what makes it both beautiful and relatable. The first verse is a screaming goodbye: you didn't care about me, so I don't care about you. It's a grief-stricken message that echoes the anguish of a living relationship, or the lack thereof.

But the last few words are really the true testament of mother/child relationships: that we don't want them to go. We don't want them to abandon the responsibility they have towards empathy and care. Mama, don't go, he sings and somehow, in those three words that sing the sentiments of a helpless human being who didn't choose their existence, he makes peace. He actively gives himself permission to grieve what he never had.

You have to ‘bury’ your mother, to move on from the fact that she birthed you without your permission

Alice Miller, a Swiss analyst, wrote The Drama of the Gifted Child, a book that focuses on the dynamics of children who are born to self-absorbed mothers and then carry the weight of needing to impress them to garner the love and recognition of their moms who chose to have them. The book is specifically focused on the talents of children - be they academic or creative - who use their skill to get recognition.

But there's an important universal takeaway here, gifted child or not, and that is: when efforts don't pay off, when moms don't notice the great strides taken towards excelling and developing great gifts or accomplishments, grief sets in.

Grief is a symptom that sets in at a young age. Children are stuck with it, with no choice, for at least 18 years, until they're able to actively mourn the loss of a relationship they did not choose. And this, according to Miller, means breaking free and saying goodbye. In other words, you have to "bury" your mother, to move on from the fact that she birthed you without your permission.

How do I know if I am ready to be a parent?

When dad's bad mood makes home a living hell, is he a tyrant or troubled?

Men's mental health issues tend to be neglected. We need to start asking 'why is dad mad' instead of saying 'that's how it is'
Lifestyle
1 year ago

There are three main things to consider when choosing when to try to conceive: will your child be healthy? Will you get pregnant? How much will it ...
Lifestyle
2 years ago
Next Article