Meet the Mercedes-Benz 300 SEL 6.3, the godfather of the high-performance saloon car

Brenwin Naidu unearths a rare specimen with a dark provenance

Everyone loves the mystique of an automotive barn find. It is a narrative with a sequence of events that reads similar in most instances.

Start with one vehicle of special pedigree as your protagonist. Emphasis on special. Stumbling across a dusty, abandoned 2004 Volkswagen Jetta 1.9 TDI in the basement of the apartment block you just moved into does not constitute a unique discovery. Probably not advisable to open the boot of that one until SAPS arrives. Back to our noteworthy vehicle.

The fate of coming to rest in a structure of sorts can be for a few reasons. A third or fourth owner who might not have had the immediate wherewithal for constant upkeep. A megalomaniac hoarder of fine metals who could have just forgotten about some items on the inventory. Or, and this is a sad one, a passionate enthusiast whose death or incapacitation leaves the stock to the mercy of indifferent executors.

So it was that I received a telephone call from a seasoned collector privy to unearthing such treasures. He was the new guardian of an uncommon Mercedes-Benz. And the specimen in question had a macabre shadow over its head; it was allegedly first owned by one of the foremost propagators of the heinous system that will forever stain the fabric of SA society.

A fortnight later I was in the penthouse suite of a hotel in central Cape Town to have a sit-down with my source. The elevator journey through the sky, in the glass carriage, was dizzying. But not as much as the prospect of what we would be exhuming the next day.

Meet the icon largely regarded as the godfather of the contemporary, high-performance saloon car. We are of course talking about the 300 SEL 6.3 of the W109 designation.

It traces its birth to the experimentations of a chap named Erich Waxenberger. The engineer thought it would be a swell idea to transplant the M100 series engine from the W100 600 limousine into a slightly smaller body.

The eight-cylinder unit featured a 6,332cc displacement and quoted output figures of 184kW and 588Nm. Sounds average by contemporary standards. But in 1968, when the model made its debut at the Geneva Motor Show, the notion of what that could deliver in terms of pace must have been otherworldly. And indeed, that claimed 0-100km/h sprint time of 6.6 seconds seems impressive even by a 2019 yardstick.

The mandate for the 300 SEL 6.3 was as follows: a luxurious five-seater that could cruise at 200km/h and beyond all day. Disc brakes were fitted at each corner and pneumatic suspension dealt with the additional mass of the larger engine more effectively.

As a product-planning exercise, its makers hoped the 300 SEL 6.3 and the grander 600 could work alongside in a cavalcade. The former, more agile vehicle flanking and supporting the latter while out and about.

"Despots, dictators and dickheads, that is the calibre of people these models seemed to attract," my host explains jokingly. The 600 Grosser in particular, is associated with some unsavoury handles. Like Idi Amin, Kim Jong-Il, Saddam Hussein and Ferdinand Marcos. Other, more respectable characters who had an affinity for the Mercedes-Benz include David Bowie, Ronnie Wood, John Lennon, Jay Leno and the most successful motoring journalist in the world, Jeremy Clarkson. 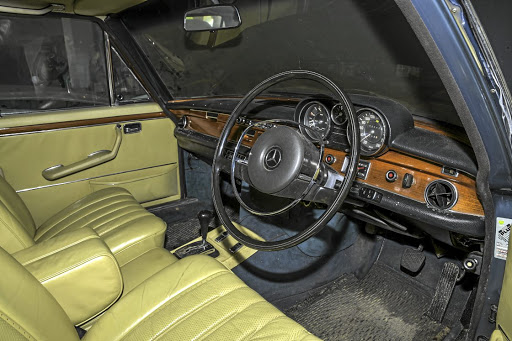 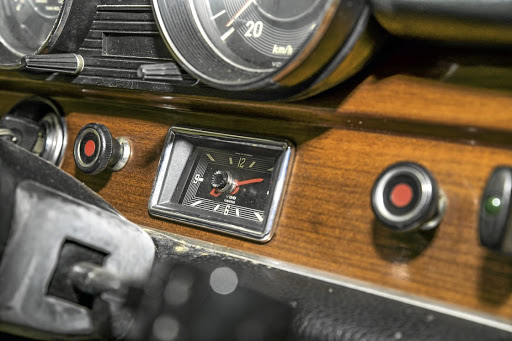 The provenance of the 1972 W109 examined here fits well into that tripled acronym mentioned earlier. It is said that the original owner was one Balthazar Johannes Vorster. Curiously, the first registration plate of the vehicle read OP 1000 - the OP prefix denoting the area of Philippolis, in what was then called the Orange Free State.

What adds certain credence to the veracity of this history is a Stannic finance document indicating a transfer of ownership to André Kolver, who was married to Elizabeth, the daughter of the apartheid-era prime minister.

The specimen will undoubtedly need a bit of work to get it up to scratch. To use enthusiasts' parlance, it has a rich patina. And an interior with the distinctive smell of mellowed leather - and a hint of amusing irony.

Its first buyer would have never imagined someone like me sitting freely behind the steering wheel 47 years later.

Bond cars: 5 of our favourite rides from 007's garage

Sexy cars packed with high-tech gadgets are one of the highlights of any new James Bond movie. Here are some of the most memorable
Lifestyle
1 year ago

BMW recreates the Garmisch concept car that mysteriously vanished in 1970

Over the years BMW has used the Concorso d'Elegance Villa d'Este, an annual classic car show held at Lake Como, Italy, to showcase a variety of ...
Lifestyle
1 year ago

Forget the gusheshe! A Ferrari from the 80s is the real retro win

A Ferrari 328 GTS was the main attraction at the annual Concours SA show.
Lifestyle
1 year ago
Next Article