Off the pitch, cricketer Kagiso Rabada hits the right notes in a music studio 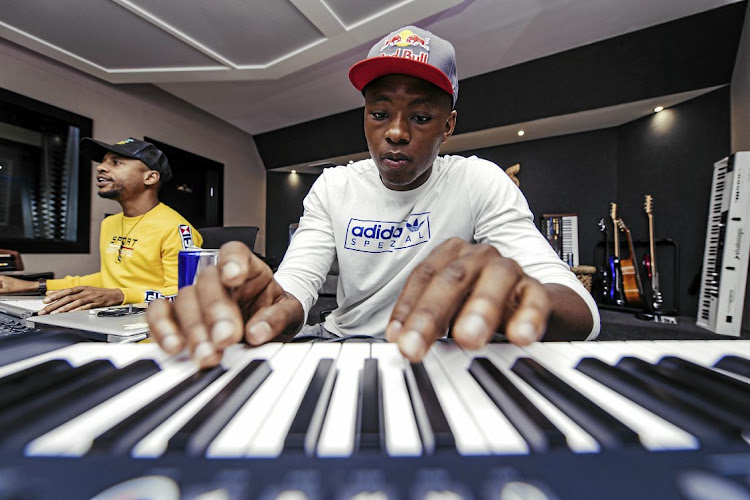 Kagiso Rabada has a secret, a love affair he’s had since he was 14: one of the cricket world’s top fast bowlers dabbles as a DJ.

Rabada, 25, fell in love with music over a decade ago. It’s a day he’ll never forget. He walked into the study where his father was making music and “fooling around” with some sound equipment.

“My father used to buy these softwares [computer programmes] and I’d make beats on them. No-one really knew except for my father. I saw what he did and thought, let’s see what I can do. I was about 14 and it was just trial and error. I started doing it more and more, but as a hobby. Now the hobby has turned into something commercial, but it’s not something I take seriously,” he said.

Rabada has collaborated with renowned DJ and producer Da Capo. The two met at the Red Bull Music studios in Cape Town this week. What was meant to be a litmus test to establish if there was any chemistry between them turned into an impromptu recording session.

At first, KG, as he is affectionately known throughout the cricketing world, offered only suggestions. This developed into him recording a few claps on the track. As the day progressed Rabada got behind the microphone and sang.

Kagiso Rabada is 54 days younger than Jofra Archer but he has bowled 6‚566 more deliveries in Test cricket.
Sport
2 years ago

The house track features KG’s clapping and his sultry shower vocals, but it’s too early to predict whether it will be a summer hit. “If we feel like it’s good, then we’ll talk about it and see if we want to release it. I’m not saying I’m going to release it until I have the feeling that ‘this is dope’. It’s too early to tell now if it’s dope,” Rabada said.

This wasn’t his first time in a recording studio. The cricketer has been recording his own house tracks in his studio at home for about two years. He’s also played at a few public functions. The first was an 18th birthday party for a friend back when he was in matric. Rabada now has the time to indulge his teenage dreams but once the cricket season begins he’ll be in training.

He was a member of the Proteas team at the 2019 World Cup in the UK and has been named in the Twenty20 International and Test teams for the tour to India in September and October. “It would be tough playing and doing music. But one can always find a way,” he said.