Durban-born DJ Lag has hit the big time in his other incarnation of Lwazi Gwala, producer of note, writes Tseliso Monaheng 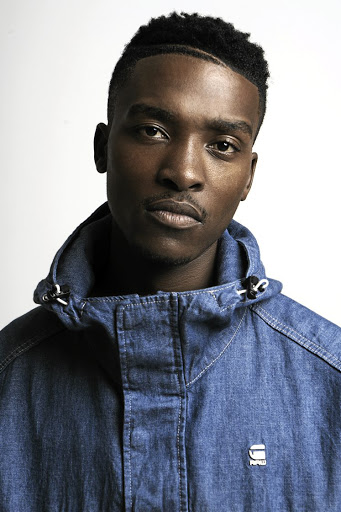 Until shortly before the Beyoncé-curated Lion King: The Gift soundtrack dropped, only people in Lwazi Gwala's inner circle knew that Queen B's vocals had graced a song on the album that he had produced.

The Durban-born gqom originator, who is better known as DJ Lag, also played a part in creating the song, titled My Power, along with London-based producer Moses Boyd.

The day The Gift was released was a turning point for black trans-Atlantic relations, for the gqom sound that DJ Lag had been championing since 2012, and for the popularisation of the genre — although, what does one call a sound produced by a gqom purveyor and international jazz figure that eventually lands up on a world-charting pop record?

A few weeks after that auspicious day, DJ Lag is in Jozi doing press interviews. Our meeting takes place at Braamfontein's Artivist/Untitled venue. The venue's co-owner, aficionado of the music scene DJ Bionic, aka Bradley Williams, jokingly proposes that the venue should host a "young champagne gqom party" headlined by DJ Lag.

Gwala tells me that he had to keep the Lion King placement a relative secret ever since December 2018, when Beyoncé's team tracked him down after the megastar used a snippet of his song, Trip to New York, during her appearance at the Global Citizen concert in Johannesburg.

He recounts the experience: "They told me that Beyoncé was working on an album. I gave them six instrumentals to choose from and they picked two. They didn't reveal much else."

In June, Gwala went to Los Angeles to work on the music with Beyoncé. He was presented with her verse, and with Busiswa's part of the song (Busiswa features on the song with fellow Mzansian Moonchild and Philadelphia-based Tierra Whack, alongside pop queen Yemi Alade from Lagos and songwriter/producer Nija Charles).

The Lion King nod is a big deal for the young producer, but he doesn't feel that it symbolises a breakthrough.

Gwala credits himself, along with Durban performers like Sbucardo da Deejay, Rudeboyz and Naked Boyz, as the originator of gqom. The bare-bones, three-beat sound first garnered fanfare in the Durban underground many years before Babes Wodumo's Wololo went mainstream with the genre in 2016 — the year Gwala considers the tipping point in his career.

"It was during my first tour - I went to China, South Korea, Japan, Italy, Poland. Things really started changing from there and in 2017 I met M.I.A, and we recorded an unreleased track on Reunion island during the Sakifo festival," he says.

In 2017, before the gqom sound was replaced by Amapiano as the de facto party music throughout Mzansi, it emerged that Omunye by Distruction Boyz, which featured on
the soundtrack of Marvel's Black Panther, had almost the exact same sound as DJ Lag's Trip to New York.

The Distruction Boyz were widely played at the time, and became instantly recognisable by the sound's filtered, repetitive piano chords fading in and out of the dark, detuned orchestral strings that epitomise gqom.

A "forensic copyright" investigation concluded that the song had been replicated.

"It was found that the tempo, key signature, instrumentation and lead melodies were identical in both musical works, meaning that Omunye was indeed copied from Trip to New York," read the comparative analysis authored by Imilozi Music.

It was the song of the year and Distruction Boyz have been lapping in the praise for their hit song, Omunye. But City Press is reporting that a ...
TshisaLIVE
3 years ago

One half of the Distruction Boyz duo, Cue, responded by saying that they'd come across the song on SoundCoud. "We're creators. We never steal. Everything was done right."

DJ Mphyd, on whose SoundCloud page the song was discovered, also denied wrongdoing. Afrotainment's DJ Tira eventually admitted guilt, and promised that a peaceful resolution
would be agreed on. However, he's since reneged on any such agreement.

"Distruction Boyz are new on the scene," says Lag. "They and others came and changed the sound. But my signature style has remained the same throughout."

The 23-year-old "Gqom King" is thriving in his career, and he's figuring out how to be a label boss and an event organiser (he produces events through his newly created Ice Drop records - his collaboration with Shekhinah was released under the label).

His recent Something For Clermont party, a tribute to his roots, had revellers threatening to tear down the venue's protective barriers to get in.

He's come a long way since I first met him as an 18-year-old tinkering with an FL Studio sequencer and talking about the origins of gqom in his mother's living room in Clermont.

• DJ Lag will be playing a number of international shows including Afropunk Atlanta and Jazz Cafe in London.

CORRECTIONS: A previous version of this article omitted to mention that Moses Boyd was the co-creator of 'My Power', as well as the fact that DJ Tiara has reneged on any agreement regarding disputes around the authorship of the Distruction Boyz track 'Omunye'.

This new house-music genre has taken over the airwaves in SA - and its hitmakers intend to keep it that way, writes Setumo-Thebe Mohlomi
Lifestyle
2 years ago