Many customary marriages end up in court because of poorly written lobola agreements. Jabulani Mahlangu's off-the-supermarket-shelf form aims to change that 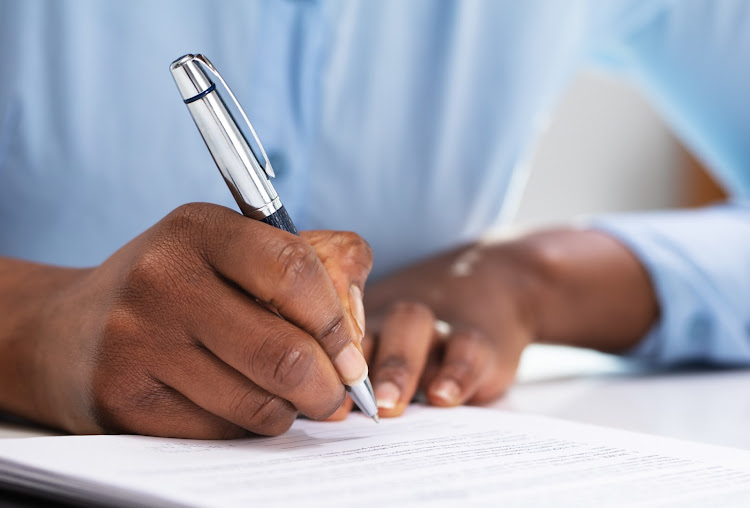 The best definition of innovation I have come across is by US author and speaker Scott Berkun, who's also a former Microsoft engineer. According to him, innovation is significant positive change that brings about a desired outcome.

On the other hand, tradition has been defined as a custom or belief that's passed down through generations; or something that's done time after time in the exact same manner.

These two concepts seem difficult to reconcile, but 49-year-old Sharpeville native Jabulani Mahlangu is on a journey to do exactly that.

The social activist and entrepreneur wants to innovate the tradition of lobola negotiations by creating a standardised agreement template to address what he calls "the custom's shortcomings" - and the vast number of customary marriage cases that end up in court because of poorly written lobola agreements.

"I've attended more than five lobola negotiations as part of various delegations and I've also served as an official scribe at some of them," says Mahlangu.

"I noticed a pattern - the majority of other scribes were using small pieces of paper to record the proceedings. Some of these scripts were illegible, missing critical information like witnesses' signatures, and some didn't even have the couple's correct names and surnames.

"But what baffled me the most is how no African scholar, historian or professor has thought about documenting this all-important rite in a way that would benefit present and future generations," he says.

Here are some basic guidelines to help you prepare for a lobolo negotiation. PS. sunblock and biltong might come in handy
Lifestyle
3 years ago

The most important thing to remember once lobolo negotiations start: never ever question the value of the mother-of-the-bride's cow!
Lifestyle
3 years ago

Could it be that in African culture, it's taboo to say anything about the custom outside of the actual negotiations? If this isn't the case, surely there would be countless Netflix specials about the tradition?

"Traditionalists and cultural experts misunderstand what the agreement template is all about. By innovating and standardising it, I'm not attempting to replace any part of the tradition. Rather, I'm enhancing the documentation process.

There are people in our society who'd rather hide behind the fact that discussing anything to do with lobola is sacrilege, instead of trying to see how it can be improved

"There are people in our society who'd rather hide behind the fact that discussing anything to do with lobola is sacrilege, instead of trying to see how it can be improved. They have emotional reactions to a document that can help them.

"I'm not trying to replace the elders or leaders. I really do believe this is a step in the right direction," says Mahlangu.

As well as being easy to use, the pre-packaged four-page template, says Mahlangu, is a move in the right direction given its legal nature. There are too many lobola letters that are rejected by the courts because they're inadequate.

According to the Recognition of Customary Marriages Act, there are three requirements that a lobola letter should reflect in order to validate the union:

"My agreement template fulfils all three of these requirements," he says.

"This makes the template a legally binding document that protects all parties involved. For example, if a married woman's husband passes away and the husband's family tries to exclude her from his estate, she can approach the courts with the duly completed document," says Mahlangu.

KEEPING UP WITH THE TIMES

Mahlangu is adamant that there are numerous advantages to families utilising the agreement, which retails nationwide at Shoprite, Checkers and Usave outlets for R99.

But South Africans live in an evolving society where couples are no longer limited to being defined as heterosexuals, and negotiating parties include women as well. 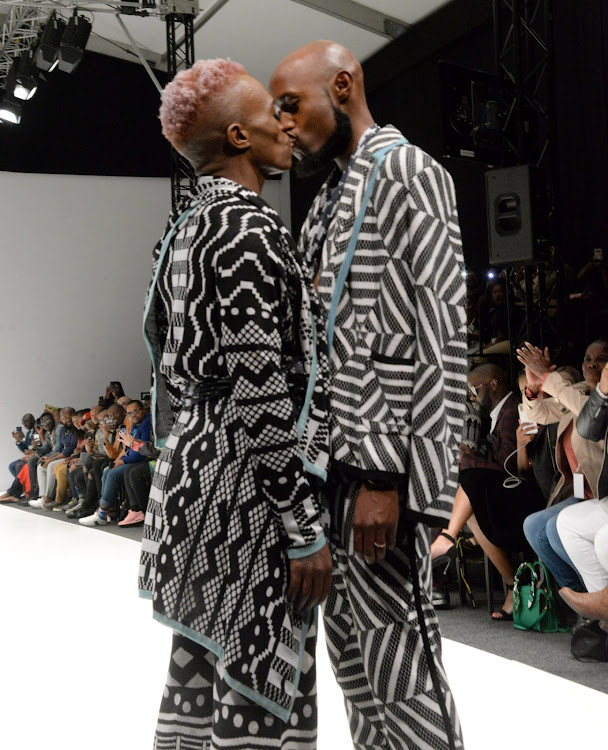 Celebrity couple Somizi Mhlongo and his fiancé, Mohale Motaung publicly announced that they plan to go through the process of a customary marriage, which will be preceded by lobola negotiations.

Earlier this year, media mogul Basetsana Kumalo posted on her social media platforms that she was the only woman to be part of a lobola delegation.

Does the agreement cater for a fluid society, and what is Mahlangu's response to detractors who see these developments as retarding an African heritage that has stood unchanged for centuries?

"Before the abolition of apartheid, customary marriages weren't recognised under South African law. What this meant is that women were permanent minors who had little or no rights.

"For example, they could not buy or sell property without their husband's consent, nor could they engage in financial transactions.

"This all changed when the new dispensation under former president Nelson Mandela recognised customary marriages.

"All I'm pushing for is equality and the protection of both men and women in customary marriages. This is something that's impossible if there's no legal agreement in place.

The new customary marriages law: what you need to know

Here is what you need to know about the new law:
News
3 years ago

"As for detractors, as Africans, we're notorious for not documenting our history, customs and traditions. The agreement template assists in ensuring that this critical part of being African is recorded properly. This is the opposite of retarding African customs," says Mahlangu.

"I know that SA is changing, which is why the template covers all three types of marriages:

WHAT PEOPLE THINK ABOUT THE LEBOLA FORM

"I think this is a brilliant idea that tries to fix some of the issues that are currently happening as part of lobola negotiations. It's sad that some people resist positive change - the template makes the agreement more affordable, more widely available and protects everyone involved."

"It's unorthodox to have a product like a lobola agreement template. But I also understand that is how life policies and stokvel products evolved. The future embraces change and given the cultural burden of modern lobola, this could benefit many young couples.

"If I was not already married, I would be open to reviewing the terms of the agreement template and the role each party (individually and jointly) plays culturally." 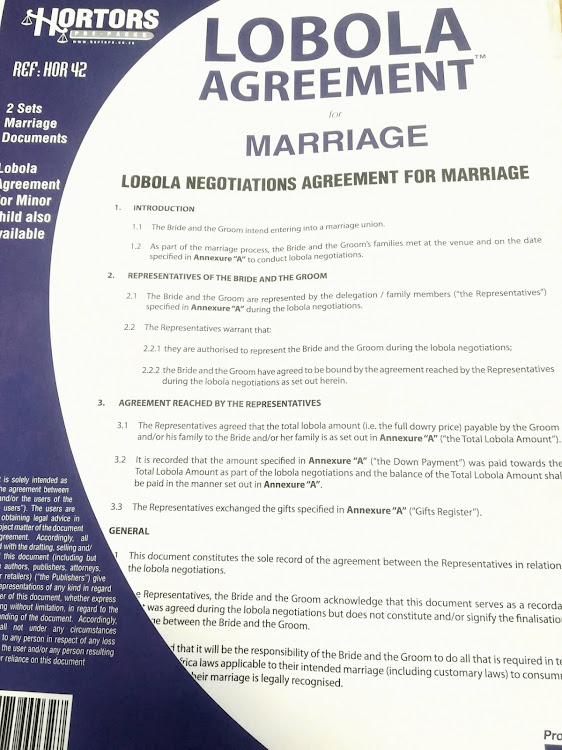 Jabulani Mahlangu teamed up with Hortors to create the lobola agreement, which retails for R99 at Shoprite, Checkers and Usave outlets.
Image: Supplied

"I'm totally against the idea of a template for a marriage agreement - it was never meant to be standardised.

"Some customs and traditions were meant to remain a mystery and the template goes against that. Plus, I think this commercialises African culture for the benefit of others, as usual."

"In an age of rising interracial couples, this template educates individuals - especially women - who might have not been exposed to this practice before.

"What resonates with me most is that a duly completed template becomes a legal document that can protect women and children, and this is vital in areas of SA where a lobola letter is the only formal proof of a marriage."

When domestic worker Thembisile Manqele tied the knot in a traditional wedding ceremony with her employer Christoffel Badenhorst 22 years ago she ...
News
3 years ago

Who pays the lobola when you are gay?

Who pays the lobola when South African same-sex couples wed in cultural tradition?
News
3 years ago