This is why we came to see the royals, say monarch mask-clad Capetonians 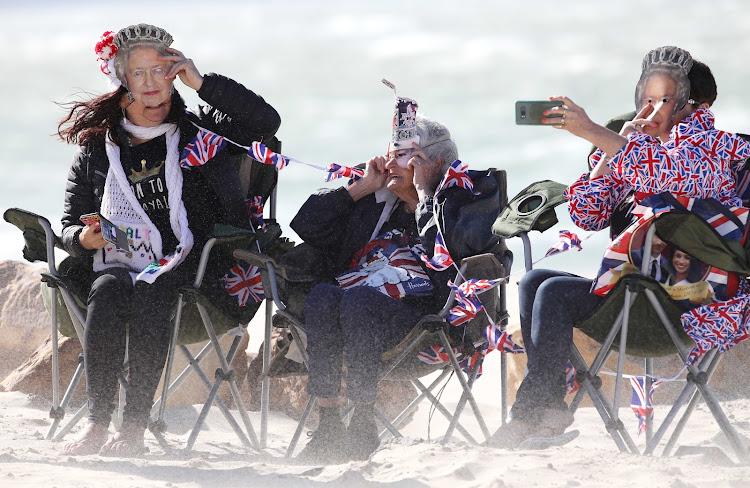 Wendy Perks and her daughters, Jenny and Carol, await the arrival of the Duke and Duchess of Sussex at Monwabisi Beach on September 24 2019 in Cape Town.
Image: Esa Alexander/Sunday Times

The familiar face of Prince Harry's grandmother, Queen Elizabeth, greeted him and his wife, Meghan, as they arrived at Cape Town's Monwabisi Beach to visit the NGO Waves for Change on Tuesday.

Well, actually it wasn't his grandmother, but rather a trio of Capetonians donning masks of the face of the monarch.

Eighty-year-old Wendy Perks and her daughters, Jenny and Carol, had been awaiting the arrival of the royal couple in camping chairs decked out with Union Jack bunting.

"We grew up with Princess Diana, so we just love her boys. She was the people's princess. We love all the pomp and ceremony. Proudly royal and proudly British, and South African," she added.

If you do get to meet the royals, here’s what NOT to do

Britain’s Prince Harry and his wife, Meghan, might be trying to put South Africans at ease by declining to send out an etiquette directive to their ...
Lifestyle
2 years ago

Fans have been gathering wherever the Duke and Duchess of Sussex are scheduled to appear since they began their royal tour of southern Africa in the Mother City on Monday.

This includes outside the District Six Museum, which the couple toured on the afternoon they arrived in Mzansi.

Among those lining the streets was architecture student Shazia Ebrahim and her mother, Mishkah.

"My mom really wanted to be here, that's why we came. Meghan is a role model to me and my sister," Shazia told AFP. 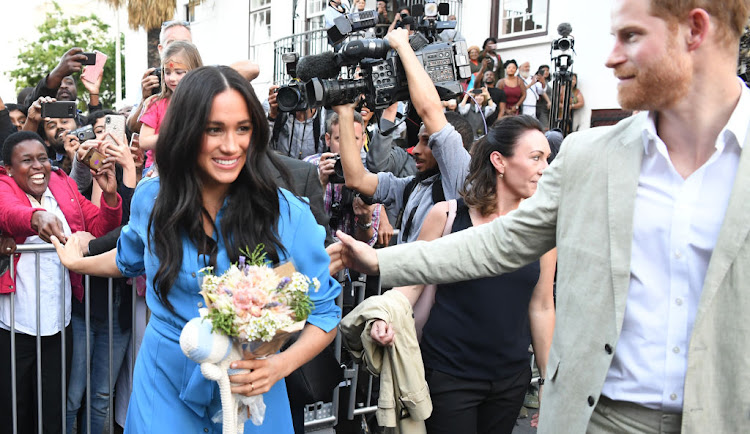 Locals flocked to the Cape Town CBD to see Prince Harry and Meghan, Duchess of Sussex, when they visited the District Six Museum on September 23 2019.
Image: Facundo Arrizabalaga - Pool/Getty Images

For Mishkah, who said that she regularly followed the couple's life, the experience was well worth braving the crowds for.

"Meghan came over, took my hands in her hands and looked me in the eye. It felt so natural, it was a very special moment," she told AFP.

The Sussex family will be in Cape Town until Wednesday. (Check out what they'll be getting up to here.)

The duchess and the couple's four-month-old son, Archie, will then remain in SA, while the prince visits Botswana, Angola and Malawi alone.

They will rendezvous in Johannesburg where they'll end their tour on October 2.

Much jubilation greeted Prince Harry and his wife, Meghan Markle, as they arrived in South Africa's so-called "murder capital" for the first of many ...
Lifestyle
2 years ago

When Prince Harry and Meghan, Duchess of Sussex, arrived at the Cape Town township of Nyanga on Monday, the infectious beat of a marimba band had ...
Lifestyle
2 years ago

"Cape Town ... I love this place," an enthusiastic Prince Harry told the media on the second day of his and his wife, Meghan Markle's royal tour of ...
Lifestyle
2 years ago