How the Ndlovu Youth Choir is spending their new-found cash 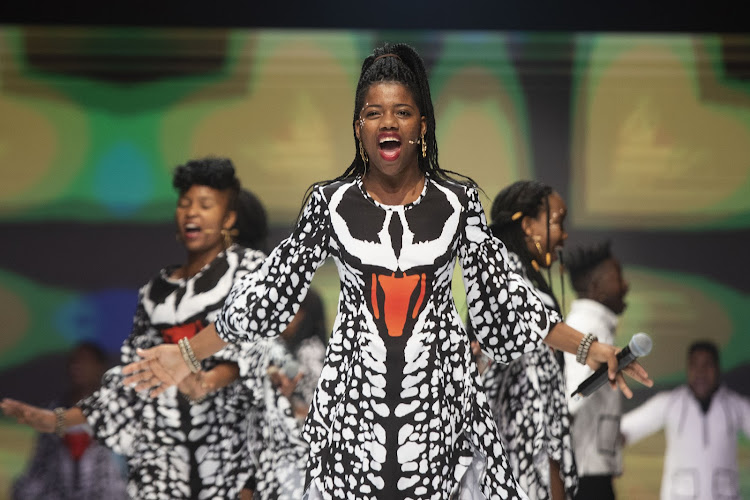 The members of the Ndlovu Youth Choir are feeling the change of pace in their lives — and their success has brought small offshoots to their community of Moutse in rural Limpopo.

The choral group returned from Hollywood this week with a global record deal in the bag. They have also spent hours in the studio recording their new album, which is to be released next month.

Along with the record deal, the group were given R1m by Limpopo arts and culture MEC Thandi Moraka.

The choir shot to international stardom on the reality show America’s Got Talent, which is in its 14th season. They were beaten for top honours by American singer Kodi Lee, but they signed with Sony Music Entertainment, which shares a global joint venture with reality-TV show judge Simon Cowell’s company, Syco Entertainment.

Last weekend the group had three sold-out shows in Utrecht, Germany. And this week they performed with rapper Kwesta at the African Fashion Unites show in Sandton.

Choir master Ralf Schmitt told the Sunday Times the group’s winnings had gone towards homecoming expenses and funding a programme to ensure the group’s future success. “We are pacing ourselves,” said Schmitt.

“The remaining money is being invested in a programme where we will create talent employment for our older singers.

“We will also get better equipment. Some money was spread across the members. You see someone with a new phone or sneakers.

“Then there are those who dedicate their pocket money to helping out at home. There’s so much hope around.”

Lead soprano Rachel Ntobeng said she used some of her winnings to buy her grandmother Margaret Shabalala a water-storage tank for her home.

“Things are really better now, and our efforts are more appreciated. Most of us are able to help at home,” she said.

“For me it was about my grandmother getting a tank for water. She was so happy that she cried because we can now buy water once a month from the delivery truck guy, unlike when we had to refill every week.”

Lwandile Bhengu, 16, bought himself a new cellphone, but not before providing a church offering.

Though I didn’t go to America, I also benefit from the good work of the choir. We are all treated fairly

“It was so nice being able to afford to buy myself new clothes too,” said Bhengu.

“Some of the money I took to church as a token of thanks to God for his love and the support from the members.

“Though I didn’t go to America, I also benefit from the good work of the choir. We are all treated fairly.”

“All of this has been beautiful but also overwhelming for the kids,” said Schmitt.

“The bookings are flooding in and we want to do well.

“Before they left for America they went through extensive counselling and now we work with a psychologist and social workers to help us keep them grounded and OK.

“I mean, going from a five-star hotel life to no star would mess with anyone.”

Maria Hadjidimitriadis, for Sony SA, said the choir’s album will have up to 11 tracks, with the online pre-order single, Africa, expected to go live on November 1.

Through his efforts on behalf of Moutse village, doctor/philanthropist Hugo Tempelman accidentally brought the dazzling voices of the Ndlovu Youth ...
Lifestyle
2 years ago

Ndlovu Youth Choir gets the deal of their lives.
TshisaLIVE
2 years ago

What's on the director of the Ndlovu Youth Choir's playlist?

Conductor and composer Ralf Schmitt fills us in on what he's been watching, reading and listening to lately
Lifestyle
2 years ago