In 1972 Aretha Franklin took her huge talent back to where it all began - a Baptist church, with a choir - to record a remarkable set. Luckily for all of us it was filmed and you can catch 'Amazing Grace' at the Joburg Film Festival 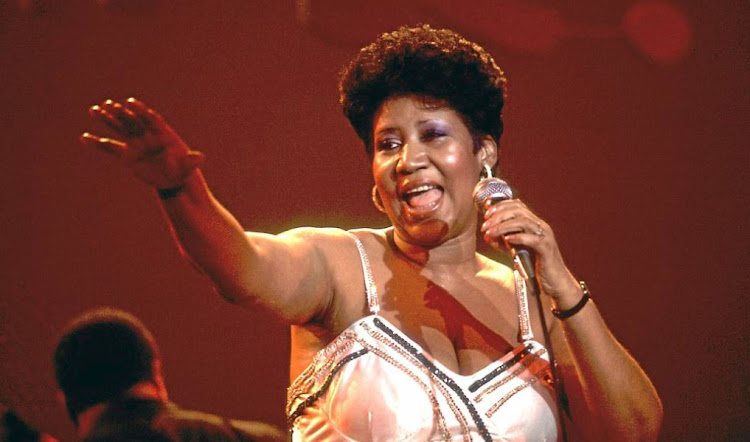 Aretha Franklin (1942-2018) is no longer immediately synonymous with gospel music. Instead she has been elevated as a pop legend to latter generations, largely thanks to the ’80s and ’90s hits she churned out with George Michael, the Eurythmics and Michael McDonald.

In that period, she also recorded memorable hits such as Freeway of Love, It Hurts Like Hell and A Rose is Still a Rose.

But back in 1972 — after the phenomenal success of No 1 pop hits like Respect, Natural Woman and Spanish Harlem — she took her talents back to church to remind her followers that she was rooted in gospel.

The two-night recording session at the New Temple Missionary Baptist Church in Los Angeles would yield Amazing Grace, the biggest-selling live gospel album of all time at over 1-million copies sold.

With the Amazing Grace film released this year, fans young and old are reminded yet again that Franklin’s genius emanated from the hymn book of the Baptist church.

The daughter of a Baptist minister who first sang in her father’s New Bethel Baptist Church in Detroit, Franklin went on to become a towering figure in the world of music.

She dominated the charts, picked up Grammys and was catapulted to icon status with her unique voice — which the state of Michigan declared “a natural resource”.

Her influence still reverberates across continents and her work holds a special place on many playlists and collections.

Amazing Grace, which makes its South African debut at the Joburg Film Festival on November 19, in partnership with MultiChoice, lifts the veil on those magical nights.

The film has been hailed as a cinematic miracle after it was abandoned due to technical difficulties of synching film and audio. With modern technology, producer Alan Elliott finally got it right, reportedly after three decades of hard work.

Franklin was joined by the Southern California Community Choir under the baton of conductor Alexander Hamilton and the direction of the Rev James Cleveland to create what would be a masterclass in performance, delivery and worship.

This performance, in the intimate church setting, became the hottest ticket in town. The concert was attended by big-shot guests like rocker Mick Jagger, who can be spotted a few times in the film, and gospel icon Clara Ward accompanying Aretha’s father, the Rev CL Franklin.

WATCH | The trailer for 'Amazing Grace'

It’s one thing to hear the music and let the theatre of the mind roam free, and quite another to see the actual recording. The raw energy, dripping sweat and spiritual connection add more depth and texture than anyone could conjure in their head just by listening.

What a show the queen puts on. She looks youthful, with round cheeks and a spring in her step as she emerges from the shadows to take her place at the grand piano before moving over to the podium. Her flowing gowns are ethereal and her Afro is at its peak.

Viewers at the special preview were transfixed by her dexterity on the piano and enchanted by her soulfulness, moved by the heady combination of Cleveland’s gravel voice and her pure skylark tones.

The excitement of this gospel concert is as intense as it is rapturous. Franklin performs with her eyes closed most of the time as she taps into a higher power, a personal connection that fuels her powerful delivery.

Her audience is, in typical ’70s fashion, decked out in big hair, big glasses, pastels, earthy shades and patterns, constantly jumping to their feet for a stomp or a quickstep.

The most intense and reflective part of the film is when she sings Precious Memories, and she is playful on the celebratory How I Got Over. What A Friend is energetic and exuberant. The quickstepping He’s Alright segues into the equally fast Old Landmark, eliciting some frantic scenes.

Amazing Grace gets everybody on their feet, clapping, and moves both Cleveland and Franklin herself to tears.

The charismatic Rev CL Franklin, in a tailored blue suit, delivers an eloquent speech. There is also a touching father-and-daughter moment as he stands up mid-song to pat the sweat-drenched forehead and neck of his daughter with a white handkerchief.

The film is not ostentatious. If anything, it’s an honest account of what could have been a private jam session. There are no gimmicks or sophisticated cinematography. There is a mention of technical difficulties that delay the recording. Franklin is brought water on the podium and other cameras are in shot.

She remains ever graceful, says very little to the crowd and lets her singing voice do the talking.

Amazing Grace is not your usual music concert. It’s a piece of music history and a tribute to a monumentally talented vocalist who gave so much of herself. It’s the jewel in the queen’s crown.

• The Joburg Film Festival is on from November 19 to 24. For more info, visit joburgfilmfestival.co.za

The bright lights, stardom and recognition have come Belinda Davids’s way for her daily tribute to Whitney Houston.
Lifestyle
2 years ago