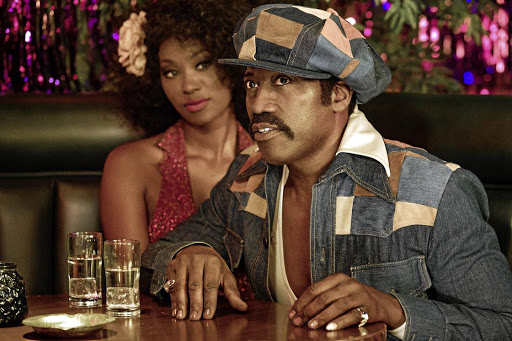 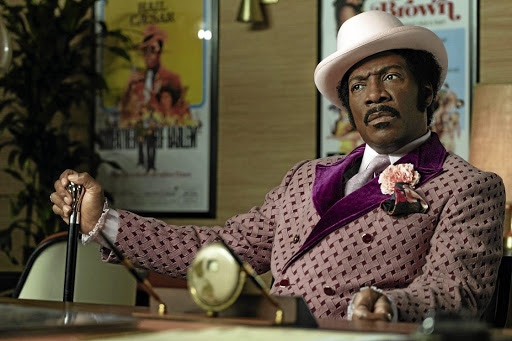 Next year will see the much-anticipated reappearance of Eddie Murphy as Prince Akeem in the long-awaited sequel to his smash 1988 hit Coming to America.

Before that, however, Murphy and Coming 2 America's director Craig Brewer have taken a short, heartfelt and satisfying detour with Dolemite is My Name, their Netflix film about the true story of comedian and rap pioneer Roy Ray Moore and his determined struggle to create one of Blaxploitation's most beloved characters - the foul-mouthed, Kung-Fu fighting, hard-shagging ex-con Dolemite.

If Murphy's performance is anything to go by then there's much to expect from his return to Coming to America next year and his commitment to the story of Moore shows just how good the seminal comedian can be when he's given a chance to explore material he cares about rather than ham it up in layers of makeup for cheap laughs and easy box-office returns.

When we meet Moore, he's a fading musician working in a record store by day and performing cheesy, outdated material as a comedian by night - watching the world around him change too fast for his tired act to keep up.

WATCH | The trailer for 'Dolemite is My Name'

But Moore is still an optimistic go-getter and when an encounter with a homeless man sparks the idea for the creation of a new, trash-talking, obscene but easily relatable to a hip black audience persona, he seizes it.

In spite of scepticism from record executives and studio bosses Moore ropes in his friends and family and uses whatever means he has to bring Dolemite to audiences, first through the release of a self-recorded and self-distributed comedy album and later by self-financing and producing his own film.

There's some of the enduring self-belief of cult favourite "worst director in the world" Ed Wood and a bit of the drive and belief in the relevance and necessity of his vision that drove fellow Blaxploitation legend Melvin van Peebles in Dolemite's story.

It's all lovingly and sympathetically delivered in Murphy's strongest performance in decades and though it's a small story it has a big heart and offers a fitting tribute to Moore's dedication and influential place in the history of black American cinema and popular culture.

• 'Dolemite is My Name' is available on Netflix.

This movie addresses timely issues of white male privilege and misogyny, but it suffers from the weight of its messaging, at the expense of the jokes
Lifestyle
7 months ago

The comedic actor takes on the role of real-life Israel spy Eli Cohen in this Netflix series which, although not always innovative, is filled with ...
Lifestyle
8 months ago