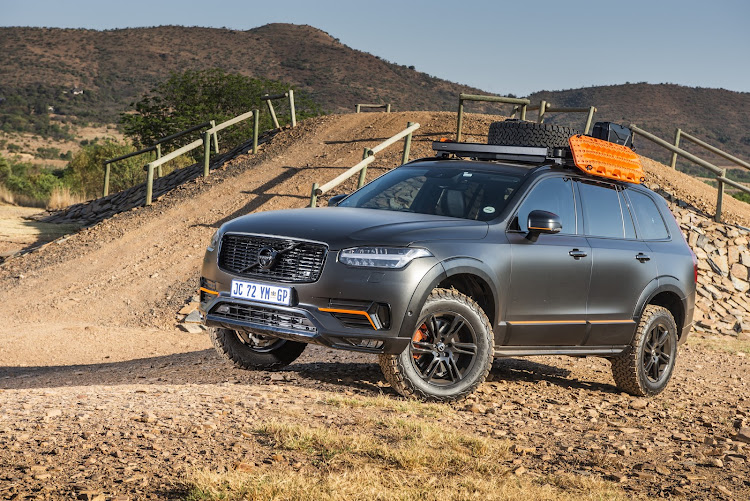 Glean inspiration from 'The Beast' should you be contemplating building a survival specification Volvo XC90 of your own.
Image: Waldo Swiegers

The last time we received superstar levels of attention at the helm of a Volvo was in 2015. An example of the S60 Polestar had arrived for evaluation - resplendent in its distinctive lurid blue shade. Just 25 examples were in South Africa at the time. And although we ultimately stated that fellow six-cylinder rivals from the Audi Sport, BMW M and Mercedes-AMG divisions seemed more compelling, the rarity and charm of the Swede made it an endearing choice.

Much has changed since then. Polestar has been reinvented as an all-electric standalone brand; rather than merely serving as a tuning arm. Battery power and autonomous mobility are two increasingly prominent agendas for the road ahead, though these points are not entirely exclusive to the Scandinavian brand.

Exciting propositions indeed. But this week intelligent rumination about the future of motoring took a back seat. Thanks to a cool executive at the car maker with a colourful sense of imagination. He decided to showcase what the XC90 could look like when outfitted for duty should a doomsday prophecy see fruition.

Forget the school run. This one seems better suited to zombie-stalking! It was built for display at the South African Festival of Motoring in August. We managed to beg, plead and eventually persuade representatives from the marque to throw us the keys to this special project for 24 hours of fun - sorry - I mean real journalistic endeavour. There is only one like it in South Africa, possibly the continent. So, consider this something of a minor exclusive. 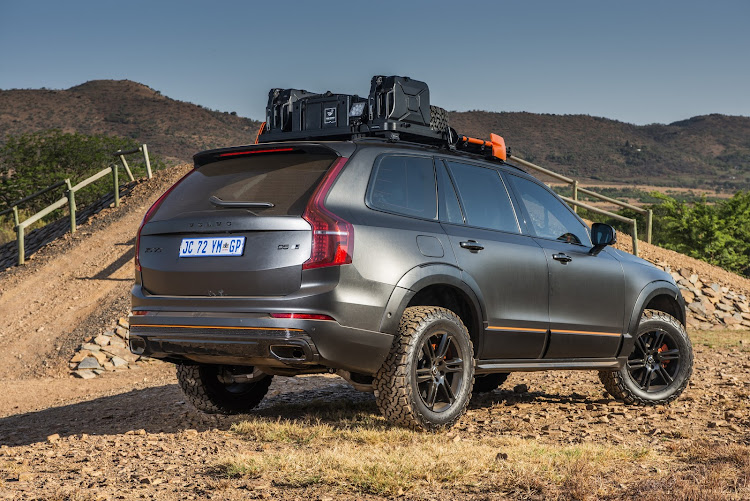 The Beast - as it has been dubbed by its maker - is based on the D5 Geartronic Inscription model of the Volvo XC90.
Image: Waldo Swiegers

For the sake of relevance, we should mention that the XC90 was treated to a revision not too long ago. That included subtle aesthetic tweaks, mild enhancements for the interior and, most notably, the inclusion of the Volvo on Call concierge service. Basically, access to a dedicated call centre to assist with service queries and roadside help.

The Beast - as it has been dubbed by its maker - is based on the D5 Geartronic Inscription model. That means a two-litre, turbocharged-diesel engine upfront, with 173kW and 480Nm, mated to an eight-speed automatic.

Since this example of the XC90 is not to factory specification, it is not an accurate reflection of how the typical version behaves. Therefore, we are not going to be critical about certain mannerisms in regular, urban and freeway driving conditions.

What we will say, however, is that this is a commendable foundation for the treachery one might encounter in the end-of-days. For starters, the all-wheel drive and pneumatic suspension have been complemented by the addition of heavy-duty BF Goodrich rubber - so you can plough through pools of muddy water without inadvertently firing your Call of Duty ray gun. 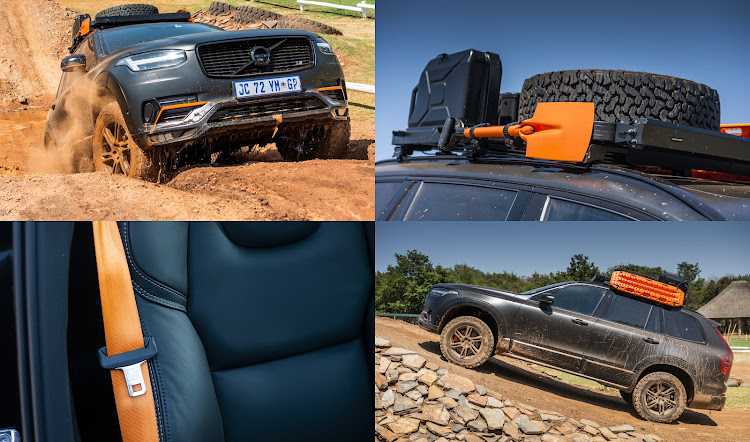 It's all in the details.
Image: Waldo Swiegers

The core substance of the flagship, large sport-utility from Volvo was never under dispute, but an accessorised-up mutation like this gives it an undeniable, extra dollop of empowerment in the tougher off-road settings we explored at the ADA Outdoor venue in North West.

Sure, apart from the heavy-duty rollers, the accoutrements are mostly aesthetic. But the simple addition of a matte wrap, a rack kitted with supplies and dollop of beefier exterior bits culminated in a result that beguiled observers and left us feeling like playful schoolchildren.

Now, you cannot buy such a unit from your local Volvo dealership. Glean inspiration here should you be contemplating a go at building a survival-specification XC90 of your own.

Climate activist Greta Thunberg can also take solace in the idea that the range comprises a plug-in hybrid derivative. But if Eskom struggles to keep the volts up as things are now, one has little faith over how the grid will function during that apocalypse.

The Volvo XC90 now provides a telephonic concierge service to help you get through life. We answer your pressing questions about it
Lifestyle
2 years ago

Audi Q8 is a digital-themed decadence