The 2009 movie 'Watchmen' failed to do justice to the groundbreaking graphic novel on which it was based. Happily this isn't the case with the 2019 series 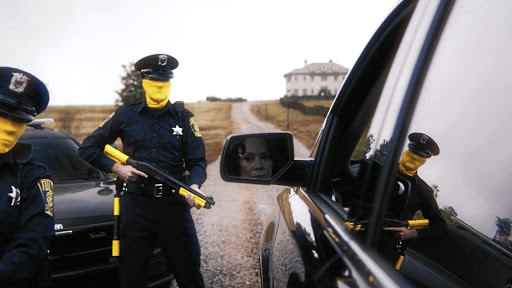 'The Watchmen' is currently showing on Showmax.
Image: Supplied

In 1986, when Alan Moore and Dave Gibbons created their seminal graphic novel Watchmen, the world was still in the grip of Cold War paranoia.

At the time, a sense of fatalism tinged many aspects of life lived in the ever-present shadow of nuclear annihilation. Moore and Gibbons took that disquiet and terror and used it as the driving force for their vision of an alternative reality.

In this reality, Richard Nixon had never been removed from office and superheroes roamed the world unchecked and unfettered by any responsibility to mere mortals and the hubris with which they were running the planet into the ground. The question of who would watch the Watchmen was answered by a vicious battle between the guardians of Earth that would see them ultimately destroy it.

Watchmen's genius lay not only in its bleak, dystopian exploration of the possible outcomes of the era in which it was written but also in its self-aware postmodern references to the history of comics and a twisting of genre conventions, which earned it plaudits from both the literati and comic geeks alike.

It was a multi-layered story with a complex plot. The comic held within it stories within stories and its terrifying, violent finale pulled the rug out from under its readers. Yet the story still expertly tied together the strands of its intriguingly conceived thematic and narrative knots.

In the hands of bombastic fanboy Zack Snyder, the 2009 film adaptation managed to strip the book of its literary dazzle and innovation, reducing it to a disappointingly traditional superhero blockbuster that no amount of director's cuts or DVD extras could save from failing to do justice to its source material.

A decade later and Damon Lindelof enters the scene. Lindelof, creator of The Leftovers, has taken the risky but rewarding and intelligent decision to use Moore and Gibbons's original as the inspiration for a show that's not an adaptation but a projection of some of the core themes of the story of the world after the end of the graphic novel.

WATCH | The trailer for 'Watchmen'

It's 2019 in Tulsa, Oklahoma (the scene of the real-life racist massacre that happened in 1921 opens the show). America is in the grip of a war between those who have survived the global holocaust event that ended Moore and Gibbons's novel and increasingly violent groups of white supremacists.

To protect themselves from the unchecked god-complexes of the superheroes who got them into this mess in the first place, the government has enforced the Keene Act, banning costumed vigilantes under the stewardship of Nixon's successor, President Robert Redford.

But the world still needs the advantages brought about by masked vigilantes in the fight against the rise of the white supremacist underground terrorist group, the Seventh Kavalry, and so there's one area in which masks and masked crime-fighters are permitted to operate.

[Damon] Lindelof successfully refocuses the series' sights on a plausible threat for Americans in the Trump era, but also strives to answer the original question of who watches the Watchmen

This is within the police force, whose members wear masks and whose investigations are assisted by a ragtag bag of assistants like Sister Night (Regina King), Looking Glass (Tim Blake Nelson) and Red Scare (Andrew Howard).

As the intricate plot of the show unravels, elements and characters from the original are revealed. Their roles play out in a new version of the original's fight for the future of the planet narrative.

Lindelof successfully refocuses the series' sights on a plausible threat for Americans in the Trump era, but also strives to answer the original question of who watches the Watchmen. Nobody here is without secrets, sins, regrets or moral ambiguity and everyone is playing for the highest of stakes.

Thanks to gutsy performances, intelligent scripting and suitably noirish production design, this Watchmen succeeds on its own terms. It also works as a fitting tribute to the deeper thematic and philosophical concerns that made the original such a troubling and brilliant dissection of the paranoia and schizophrenia of its era.

The only real criticism of Lindelof's version is that we still need to unpack these questions more than three decades later. They now seem more pertinent than ever.

• 'Watchmen' is available on Showmax.

'Light of my Life': post-apocalyptic fable imagines a world without women

If you can stick it out, there are some genuine rewards in Casey Affleck's latest film
Lifestyle
1 year ago

Does the sequel to 'The Handmaid's Tale' live up to the hype?

Rosie Fiore finds out more about Margaret Atwood's new novel, 'The Testaments', from the formidable author herself — including how the plot differs ...
Lifestyle
1 year ago
Next Article