WATCH | Ricky Gervais on his love of dogs: 'They are just magical' 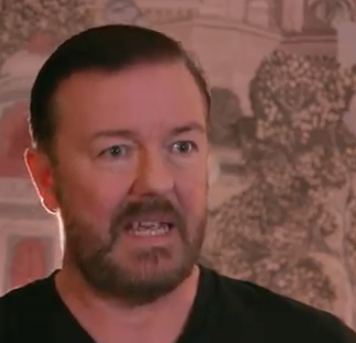 Ricky speaks about his love of dogs.
Image: YouTube/Joe

Comedian and actor Ricky Gervais has always been open about his love of dogs, often saying they are better than humans.

In a video, Ricky describes how, when he sees people with dogs, he can't help but stop and ask about them, immediately adopting them as his own.

"It's the greatest thing on earth. A dog. They're amazing. They're magical."

He said dogs are the "closest I get to spirituality" and "I couldn't invent a better thing".