Cancel culture is wokeness taken to a dangerous extreme

At its core, being woke is a good thing, but the militancy of modern-day wokeness means important conversations cannot be had 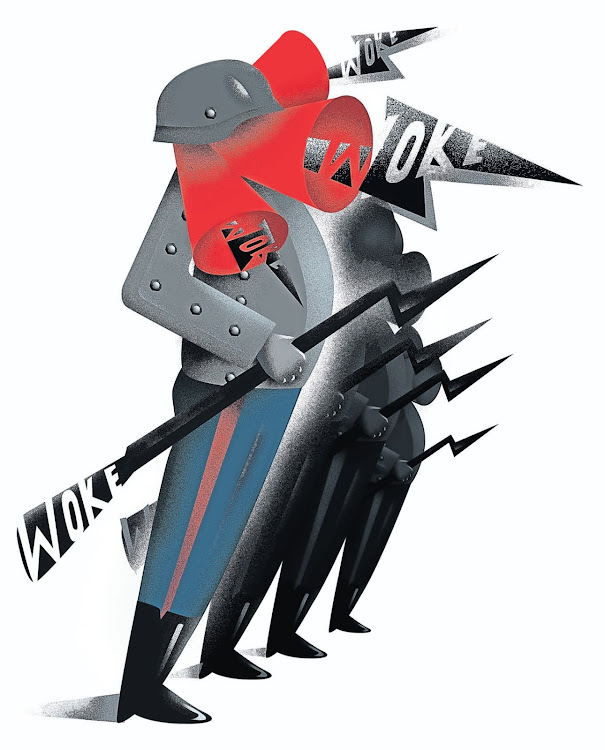 Pop-culture enthusiasts will know that the term "stay woke" can be attributed to Erykah Badu's 2008 song, Master Teacher (I Stay Woke), whose lyrics emphasise the need to always pay attention to something, to everything. It says people should avoid leaning on their own understanding of the world.

To stay woke, in Badu's terms, means to eliminate the people and things in your life that no longer evolve; to sidestep that need human beings have to judge others because that's effectively how we stay conscious - and remain awake.

In an interview with the New York Times, Badu said that wokeness "doesn't mean gang up on somebody who you feel is not woke. That's not evolved."

Wokeness is not a problem. There is no reasonable person with a clear mind and firm understanding of how the world should work who would argue against wokeness. To argue against it would be a blatant protest for remaining blind to the injustices in society - remaining unconscious to the prejudices and discriminations which keep the world turning and have kept it turning so long on an unbalanced axis that favours some at the expense of others.

But we would be remiss if we failed to critique the militancy of modern-day wokeness, closing ourselves off from critical thinking - the foundation of wokeness itself, which should lead to some sort of solution to often extremely delicate situations.

We live in a time in which social consciousness has reached impulsive proportions, where entire communities are stuck in iron-clad stances which prevent objectivity and stand firmly like a Goliath in the way of healing and preventing restorative justice.

We need to start talking about the limitations of wokeness. Are we victims of the woke-choke? Worse still, are we the perpetrators? Are we woke to the point of suffocating our ability to engage objectively and constructively with subjects that desperately call for nuance?

Last week I worked on a difficult long-form article about the heinous rape and murder of Uyinene Mrwetyana. I visited the Post Office where it happened. It is haunted by the trauma and plastered in faded protest posters about gender violence. I interviewed Lisa Vetten, activist and researcher. During our conversation I asked her about the effects of outrage and condemnation and the consequences of cancel culture, an offspring of the wokeness phenomenon.

Vetten says cancel culture prevents us from asking difficult questions. The only way to approach social injustice is to ask difficult questions, try to understand and engage with things that we absolutely do not like instead of resolutely reacting to them.

"One hundred and forty characters (on Twitter) does not represent complexity, nor does sloganeering," says Vetten. She says we live in a time in which we believe that by naming something and condemning it, we change it. But that's not the case. In a nutshell, being woke to the point of cancel culture gets in the way of a lot of necessary understanding and enlightenment.

This stance isn't very different from the romantic movements of the 18th and 19th centuries. Romanticism evolved as a backlash against the Enlightenment. To be specific, Romanticism was vehemently opposed to the idea that the enthronement of reason was a supreme virtue.

Sociologist Colin Campbell argues that "rather than being a coherent philosophy, Romanticism was characterised by a 'dissatisfaction with the contemporary world, a restless anxiety in the face of life, a preference for the strange and the curious, a penchant for reverie and dreaming, a leaning towards mysticism and celebration of the irrational'."

Twitter used to be a fun place that both entertained and enlightened. It was a reflection and a leader of the changing global mood. But not so much ...
Lifestyle
3 years ago

This should ring a bell in relation to the philosophy of modern-day wokeness, especially if we take into consideration the offspring of Romanticism, that is, to be PC (politically correct). Political correctness is the love child of a postmodern mystical belief that naming something is what gives it power - in the current social norms of thinking, we can interpret this simply as "staying woke", naming the problem and condemning.

Wokeness is the social justice Twitter police of the 21st century. It is PC on steroids, meant to immunise us against any objection or critical thought about things that upset us.

It gives rise to militant judgments and theatrics that are projected onto societies and perhaps, through Twitter, onto the world as a whole. Cancel culture is a privilege. Being on Twitter is a privilege. Middle-class twentysomethings can afford to indulge in their traumas and protests. It is a purely personal spectacle of salvation.

Wokeness is the social justice Twitter police of the 21st century. It is PC on steroids, meant to immunise us against any objection or critical thought about things that upset us

We think of wokeness as a fairly left-wing phenomenon, but the ugly militant strain of it is the same thing we despise in conservatives. We have started to practise the very thing we spent so much time abhorring in right-wing politics - the idea that the only acceptable mental habit is the one that is ironclad and rigid.

This leads to a display of extreme wokeness, which prevents us from harnessing
our skill to participate in a public life that calls for the ability to see two contradictory views at the same time.

Vigorous hatred or disapproval is simply not enough. Chastisement is the enemy of learning. Change happens in the quiet spaces when we take a step back.

We've seen right-wingers fail at being able to be part of an ongoing discussion. We have critiqued, criticised and fought hard to change these views, only to slip into the same inflexible ones ourselves.

Don't be basic: a guide to slaying slang when you're over 35