All aboard! The e-scooter revolution is coming to Cape Town 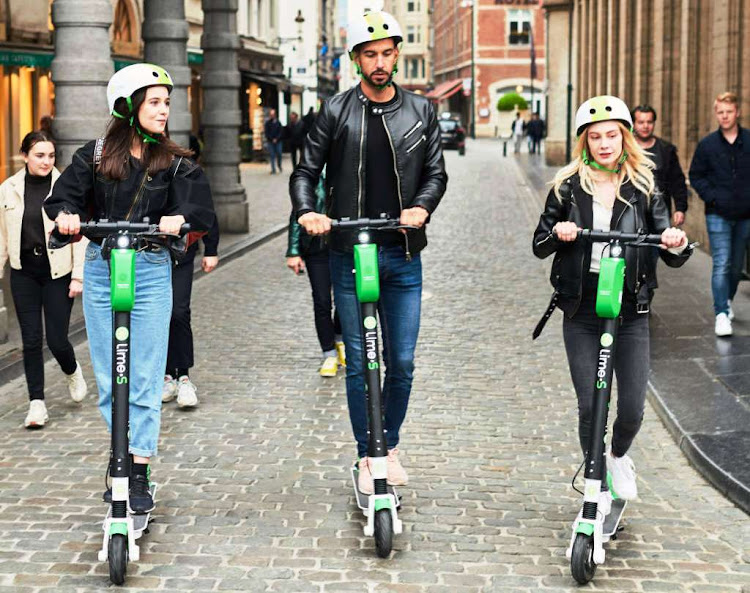 Lime, which is financed by Uber and Alphabet, is bringing a fleet of electric scooters to Cape Town in 2020.
Image: Lime

Electric scooters that are particularly popular with tourists around the world are coming to Cape Town in 2020.

Lime, which has fleets of scooters in more than 100 cities worldwide for use by people with an app on their smartphone, said its first rentals would be kept at privately owned locations throughout the city.

The Lime app displays locations of scooters near the user.
Image: Lime

In the US and Europe, Lime’s scooters are available on public pavements. They are unlocked with the app, ridden to their destination and dropped at a charging point. The rental cost is debited to the user's credit card.

“Cape Town is helping lead the way forward on technology and innovation in Africa, and we’re excited to be a part of that story,” said Lime operations and strategy head Wayne Ting.

“Our mission is to improve urban living through sustainable, affordable transportation, and we’re looking forward to extending meaningful mobility access and reduced carbon emissions to South Africans living in and travelling to Cape Town.”

Lime, which is financed by Uber and Google-parent Alphabet, says roughly one in three scooter rides in 26 of its locations around the world replaces a trip by car.

A survey of 4,500 French commuters by research group 6t found that one in five used scooters to get to work or school, while more than 40% of users were out-of-town visitors.

Without access to e-scooters, 44% of respondents said they would have walked, 12% would have cycled and 30% would have used public transport.

These findings cast doubt on claims that electric scooters reduce car traffic, though consulting firm McKinsey said they had the potential to do so.

“Micromobility could theoretically encompass all passenger trips of less than 8km, which account for as much as 50% to 60% of today’s total passenger miles travelled in China, the EU and the US,” McKinsey said in a report.

Jeremie Almosni, head of mobility at the Ademe, the French government agency for energy efficiency, told AFP: “The fact that half of usage is recreational is striking.

“But at least this favours a more mixed use of transport. It’s definitely a way to get people out and about more, and perhaps a way of encouraging them to give up cars.”