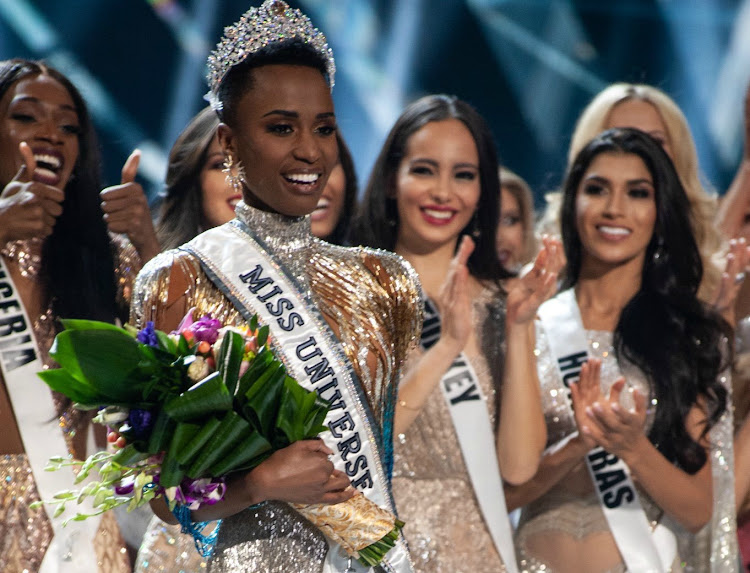 Taking to his Twitter account, Ramaphosa reiterated the words Tunzi said during the pageant on Sunday night.

LISTEN | Zozibini's message to SA after being crown Miss Universe

“I too hope children the world over will see their faces reflected in yours and be inspired to believe in the power of their dreams. May young women continue to take up space and leave an indelible mark on society, just as you have,” Ramaphosa told her.

Congratulations to our #MissUniverse2019 @ZoziTunzi. I too hope children the world over will see their faces reflected in yours & be inspired to believe in the power of their dreams. May young women continue to take up space & leave an indelible mark on society, just as you have. pic.twitter.com/Bn4tDhvX0o

Tunzi beat 90 other contestants to win the crown at the pageant held in Atlanta in the US.

Asked by host Steve Harvey what young girls needed to be taught, she replied: “I think the most important thing we should be teaching young girls today is leadership. It's something that has been lacking in young girls for a very long time - not because we don't want to [lead] but because of how society has labelled women to be.

“Nothing is as important as taking up space in society and cementing yourself.”

Originally from the Eastern Cape, Tunzi is 25 years old and studying public relations at the Cape Peninsula University of Technology (CPUT) in Cape Town.

She won the Miss SA title in August this year after entering for the second time. In 2017 she only made it as far as the semifinals.

'South Africa, She did it! Congratulations Zozibini, what a woman you are! Ps: I have a NYC to-do list for you'
TshisaLIVE
2 years ago

'Thank you for reaffirming our beauty': The world reacts to Zozibini Tunzi's win