The SA-born director takes us behind the scenes of his gripping new movie, 'Official Secrets', which is based on the true story of how the Iraq War started 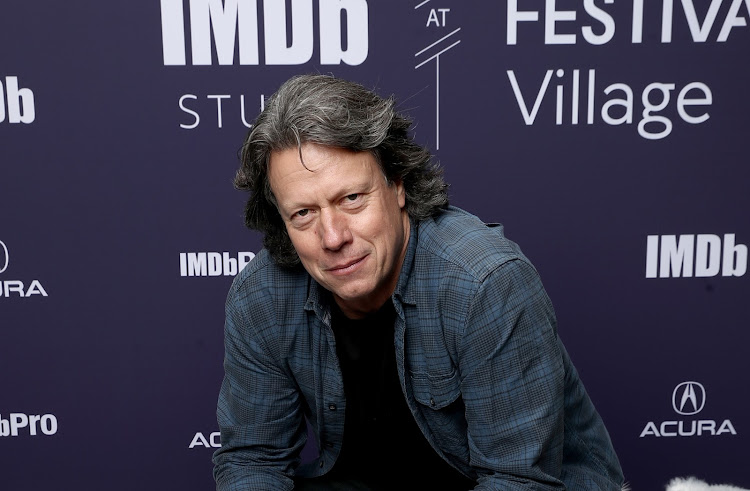 Since winning the Best Foreign Language film Oscar for Tsotsi in 2006, Gavin Hood has spent most of the past 13 years living outside his native SA. Last year the director's California home burnt down as wild fires ravaged the state. Speaking by phone from the US ahead of the release of his latest film, Official Secrets, Hood says that "it's been a strange year, I have to say".

Gun leaked the memo, which was reported on in the Observer newspaper and caused a storm, though it failed to stop the war. She and her husband were harassed by British intelligence and Gun was charged with violating the Official Secrets Act.

She was not convicted but her life was ruined as a result of her courage. As yet, neither of the cheerleaders for the invasion - former US president George W Bush and former UK prime minister Tony Blair - have been held to account for the lies they told and the misinformation they manufactured.

Keira Knightley in a scene from 'Official Secrets'. She plays Katharine Gun, a British intelligence worker who stumbles upon evidence that lies are being cooked up to justify the Iraq War.
Image: Times Media Films

Hood, who has directed five films since Tsotsi - Rendition, X-Men: Wolverine, Ender's Game, Eye in the Sky and now Official Secrets - says he thinks the stories he's drawn to telling do two things: "Keep me wanting to know what will happen next but also leave me with something to talk about afterwards where the answers are not served up easily.

"Making a film takes two or three years. I've realised that you really should be interested in the subject matter you're dealing with because you spend so many hours on it you might as well be exploring something you're interested in."

Although Hood has made two films that deal with the post-9/11 era and the war in Iraq - Rendition and Eye in the Sky - this is his first film based on a true story.

His producer Ged Doherty, who he collaborated with on Eye in the Sky, called him and said: "Have you ever heard of Katharine Gun? When someone says that to you, you feel like you're supposed to know - I didn't, so he told me to google her and call him back. Two hours later after reading about her I thought, why don't I know this story and yes I'd be interested in meeting her - but I still wasn't sure I wanted to make the film."

Hood flew to London, where he arranged to meet Gun, and recalls: "Both of us were sceptical of one another when we first met - she was more sceptical of me than I was of her because she's a very private person and quite shy. Also, there have been various attempts to tell her story that haven't happened.

"I think she had been a bit jaded with anyone who called themselves a filmmaker. So we agreed to meet and talk for five days. I'd meet her and we talked for hours every morning. I asked her to tell me her story from the beginning and I made notes."

Hood says that for Gun, the challenge was that they stick to the material facts and not make anything up. He interviewed various participants in the story, from journalists to lawyers and former co-workers, and realised that he needed to tell the story but keep it dramatic while refraining from following a conventional structure. "I accepted that and that's what allowed her to trust me."

Starring Keira Knightley as Gun, Hood's film creates dramatic tension and emotional capital from a story that relies on banal details - the printing of a memo, the almost fatal mistake of a newspaper subeditor and the decision of the British government not to prosecute Gun in a court case.

I was a law student during the '80s when the state of emergency reached its all-time worst, so the idea that an authoritarian system can get worse and worse is a part of my experience of growing up

Hood has kept his promise of sticking to the facts and the result is a tense and gripping human drama about an ordinary person caught in a moral quandary with far-reaching impacts for her life and the world at large.

Hood believes that his background - growing up in apartheid SA - has shaped his career as a filmmaker.

"I was a law student during the '80s when the state of emergency reached its all-time worst, so the idea that an authoritarian system can get worse and worse is a part of my experience of growing up," he says.

"Whether I like it or not, I'm drawn to stories that ask where ordinary people stand morally and ethically. The answers aren't always easy.

"In the case of Official Secrets, what drew me into the story - and yes it is a great story about how the Iraq War started - was the ordinariness of a person who goes to work and has an e-mail arrive in her inbox suggesting that something in her organisation is corrupt, and does something about it.

"That could happen to you or me. The question is, would you speak up? Would you have the courage? Or would you just let it go? That's not an easy question to answer."

To win, email your name and contact number to events@empire-ent.africa
Don’t forget to include the words OFFICIAL SECRETS in the subject line

Winners will be notified via email.

Terms and conditions:
* Winners will be chosen randomly.
* Winners will be notified via email.
* The prizes are not transferable for cash.
* Should winners not respond, providing their requested details within 5 working days, they forfeit their prize.