We go behind the scenes of Netflix's first-ever original African series with director Kagiso Lediga and Pearl Thusi, who plays the title character 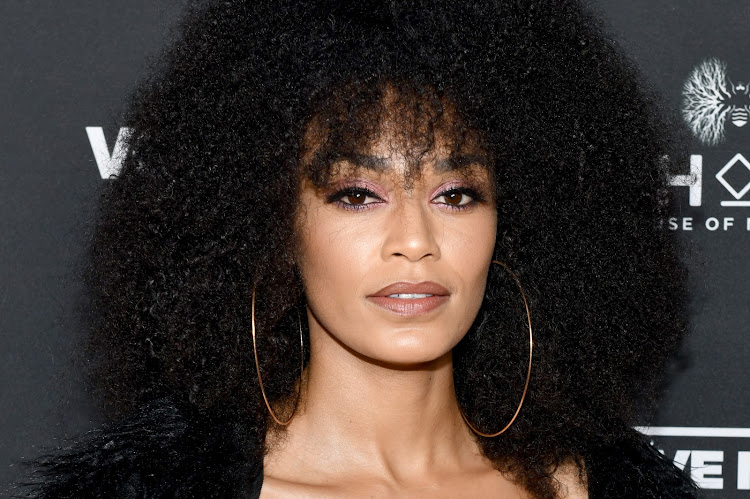 It's around 8pm on a blisteringly cold winter's night in downtown Joburg. We're at The Rand Club - that dusty bastion to the city's gold-mining roots and grand capitalist ambitions. Founded in 1887 by Cecil John Rhodes and finished in 1904, the Rand Club would become home to the city's Randlords and power brokers; this is where the mightiest men of Johannesburg came to plot and scheme and enjoy their ill-gotten riches.

Today it's one of 37 locations for the filming of Queen Sono, director Kagiso Lediga's Pearl Thusi-starring action series, which is Netflix's first original African series. Tonight the Rand Club is an embassy in Harare, and while a statue of Rhodes and a bust of Chief Albert Luthuli look stoically on, there are people bustling around the entrance hall, the bar, the bathrooms, the dining rooms, the gun-room, the staircase and the library - setting up lights, barking officiously over crackling walkie talkies, covering their inappropriate-for-the-weather skimpy evening gowns with blankets and overcoats while waiting for what happens next.

This is the constantly buzzing, behind-the-scenes world of filmmaking, where time is both of the essence and seems to slow down to a deathly pace. While the lighting is changed and Lediga checks the monitors with cinematographer Motheo Moeng, the assistant director runs through the scene with Thusi, who's wearing a bright neon-coloured gown with a slit longer than a ravine in it.

Thusi walking up the club's ornate staircase and then down again and then up again and down. At the top of the staircase weary-looking old men in stuffy suits chat while waiting to take their places or catch some sleep before the next shot. A team of East Rand bouncer-looking types dressed in black suits practise their stunt work and a security guard looks on bemusedly.

It will take another hour before everything is ready. Thusi glides down the staircase in her eye-catching dress and what will likely be only a few seconds of screen time is captured to the satisfaction of Lediga before it's on to the next shot and then 10pm for what is effectively a lunch break. No one is expecting to be home before dawn and by this time tomorrow the Rand Club will return to being the Rand Club while the crew of Queen Sono will move on to the next of the 37 locations around the city.

The object of all this hustling and organised chaos is the capturing of series gold for the world's largest streaming service, and Lediga and the team at his production company, Diprente, look set to become the new Randlords of the South African film industry. It's not a role that comes without pressure and it's one producer Tamsin Andersson is well aware of.

She says: "On the one hand it's been very exciting and we've had a lot of support from other producers in the local industry who are also keen to work more globally and it's great that there are now opportunities to speak to the rest of the world and to platform to the rest of the world. That comes with a certain amount of responsibility because no one wants us to create something shit."

WATCH | The trailer for 'Queen Sono'

Queen Sono is a multi-episode action adventure spy series starring Thusi as the titular character, who works in Johannesburg for a secret agency dedicated to the protection of Africa.

It's also all Thusi's fault really that everyone is shivering to death late at night. For as she recalls: "I've always wanted to play the lead in an international series, it's been a goal of mine for the longest time. While training for Scorpion King and rewatching my fight scenes, it sparked a vision in me - I wanted to create and star as the African version of Tomb Raider and tell innately African stories. That's when I approached Kagiso Lediga, who I had previously worked with on Catching Feelings. I knew what I wanted for the character and was confident that Kagiso could help me bring it to life."

After selling the Johannesburg-based romantic comedy, Catching Feelings, to Netflix, Lediga, Thusi and the Diprente team pitched Queen Sono to the streaming service, which commissioned it. For Lediga it was the right fit and not just because Netflix content is immediately available to almost 160 million people in 190 countries but also because he believes Netflix is focused on bringing African stories to the world. Working with a brand that has this vision made the
partnership seamless.

"Netflix absolutely encouraged and supported our creative freedom throughout the process as they understood the importance of telling the story of a Queen Sono in a unique and innately African way," says Lediga.

"This is the first script-to-screen African Netflix Original, which is mindblowing for us! What makes this show great is that Africa has always been used as a backdrop for big shows and films but has never been the hero. For the first time on a global stage, Africans have the opportunity to showcase their artistry to the world. I think audiences will be very excited about this, creating a huge sense of local pride."

Thusi hopes that when the show debuts in February next year audiences will revel in seeing a strong African character who also happens to be "a female badass".

You may not be able to catch her slinking down a staircase at the Rand Club again but you can be sure that the eyes of South Africa and the world will be watching Thusi and Queen Sono when those few seconds that it took so many people and hours to put on film make their appearance on Netflix on February 28.

• 'Queen Sono' is now available for streaming on Netflix

Pearl Thusi: I was only truly valued as an actress after securing an international gig

"I find that younger people are often undermined, and I do not want to be a part of that. I have been where they are now."
TshisaLIVE
1 year ago

Queen Sono was created with Pearl Thusi in mind.
TshisaLIVE
3 years ago