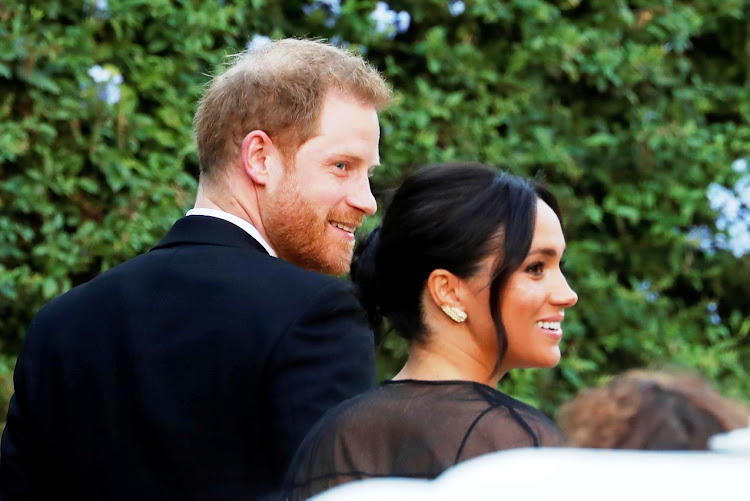 The couple's decision to step back as 'senior members' of the British royal family has resulted in a massive fallout.
Image: Reuters/Remo Casilli

London's Madame Tussauds has moved wax figures of Prince Harry and Meghan Markle from the royal set after the couple announced they would be stepping back as “senior members” of the royal family.

The wax figures used to stand alongside the figures of Queen Elizabeth, Prince Philip, the prince of Wales and William and Kate.

The figurines have, however, not been completely removed.

According to a statement from the museum published on CNN, the general manager said Harry and Meghan's figurines have been moved to another spot.

“From today, Meghan and Harry's figures will no longer appear in our royal family set. As two of our most popular and well-loved figures they will, of course, remain an important feature at Madame Tussauds London as we watch to see what the next chapter holds for them.”

The announcement from the Duke and Duchess of Sussex has sent shock waves across the world, with a statement from the royal family indicating that it too was caught off guard.

The statement released said discussions were at an early stage.

The pair said they would divide their time between the UK and North America and they were seeking to be “financially independent”.

However, questions about who would fund their lifestyle, including their security, have been raised.

Prince Harry and his wife Meghan will step back from senior roles in Britain's royal family and spend more time in North America, they said on ...
Lifestyle
1 year ago

It’s OK, Harry and Meghan, the queen will be fine

The world teetered on the brink and wondered: would they or wouldn’t they? And then we could all finally breathe again as the news hit the wires: ...
Ideas
1 year ago