What Gwyneth Paltrow's sold-out vagina-scented candles say about us

Has the mania for celebrity memorabilia gone too far? 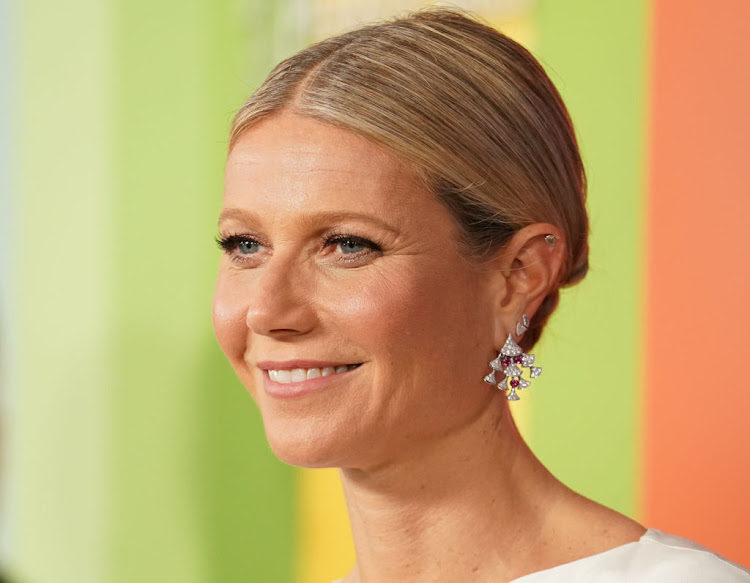 Once upon a time, at the dawn of the 21st century, a very committed NSYNC fan bought the remnants of Justin Timberlake's breakfast — charred French toast — for a sum in the vicinity of $3k (R43k).

In 2012, a visibly feculent pair of Elvis Presley's underpants was auctioned  off for $8K (R115k), in a grim continuation of the trend that had arguably reached its nadir in 2004, when a fan-foraged piece of Britney Spears's vigorously masticated gum retailed for $14k (R202k) on eBay.

Gwyneth Paltrow, the actress and Goop magnate-prophetess (profiteer), in a truly (but not uncharacteristically) peculiar sleight of hand, has managed to intensify the mania for celebrity memorabilia, and to cater for this fetish anew and en masse: by selling a curiously scented candle for $75 (about R1k).

Goop christened the candle "This Smells Like My Vagina," (that is, Gwyneth's vagina) much to the distress, delight, and fascination of prospective candle consumers everywhere. 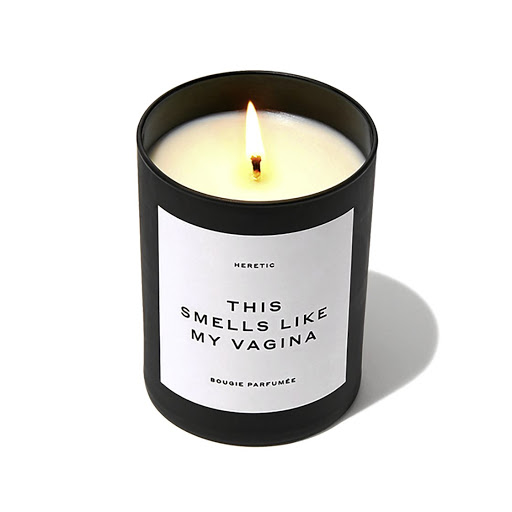 Goop's 'This Smells Like My Vagina' candle has sold out.
Image: Supplied

All too predictably, this marketing coup has elicited a squeamish, primarily ambivalent assortment of responses.

Should we be repulsed by the arrogance underlying the assumption that we — the gullible, cash-yielding plebeian masses — are so beguiled by Paltrow that we relish the prospect of introducing her vaginal parfum into our private sanctums?

Or is this offhand, irreverent mention of vaginas — oh my! — meant to signify Goop's professional commitment to demystifying and destigmatising the oft-derided odour of the selfsame orifice?

In other words, does Paltrow — after her own sixties-ish, burn-your-bra fashion — mean to be progressive?

In fairness to Paltrow, it's entirely possible that the candle's risqué moniker is no more than a wry reference to the myriad controversies her esoteric views on vaginal upkeep have incited.

In 2018 Goop was fined a staggering $145k (R2m) for making medically unfounded claims about the benefits of vaginal jade eggs.

Goop had claimed that the insertion of these miraculous little gems would "balance hormones, regulate menstrual cycles, prevent uterine prolapse and increase bladder control". Which, of course, the vaginal egg can and does not.

The liberatory potential of Goop's vagina candle is, unfortunately, more or less entirely nullified by the fact that it really does not smell anything like a vagina — unless we are meant to infer that Paltrow's vaginally-oriented wares can effect a miraculous chemosensory transformation.

Put crudely, a well-made craft beer has more in common with a vagina than the floral assembly Paltrow's candle invokes

If the Goop website's characterisation of the candle is to be believed, Paltrow is touting her vaginal signature as an olfactory medley of "geranium, citrusy bergamot and cedar" with accents of "damask rose and ambrette seed".

As an indignant doctor or two has already taken care to point out, the scent of damask rose is really not comparable to the yeasty, vaguely acidic aroma that an average healthy vagina is expected to generate (primarily as a consequence of the lactobacillus bacteria which it houses, in common with yoghurt and sourdough bread).

Put crudely, a well-made craft beer has more in common with a vagina than the floral assembly Paltrow's candle invokes, Georgia O'Keeffe notwithstanding.

Clearly, though, the fact that Paltrow is perpetuating the same fundamentally misogynistic tropes that her vaginally oriented merchandise purports to challenge did not deter her avid disciples in the least: the vagina candle has already sold out.

That our covetous, acquisitive, and fundamentally invasive relationship with celebrity is nothing short of pathological is a well-established fact of contemporary life: we are guilty of an unchecked compulsion to establish weird, corporeal affinities with the public personalities  we revere, be it for their talent or — in what unfolds like something of a self-fulfilling prophecy — for the sake of their chimeric fame itself.

The enormous success of Paltrow's Goop empire is largely underwritten by this specific cultural impulse: the luxury items on offer fly off the shelves not because of their intrinsic appeal, but because they have, ostensibly, been individually sanctioned by the self-styled holistic guru herself.

Products such as the "Goopglow Morning Skin Superpowder" offer the unexceptional public fragmentary insights into the routine machinations of an icon: we are tantalised by the possibility of converting the cornerstones of quotidian experience — food, skin, sex, smells — into a singularly indulgent succession of self-administered therapies and sensory diversions.

If our desire to establish an affinity with Paltrow extends even to coveting the essence of her organic bodily emanations, then it's sadly apparent not only that we are depraved, but also that, as far as her business model is concerned, she's onto something.

At this stage, one can only hope that the success of the candle will not inspire a range.

The star of Netflix's 'Tidying Up with Marie Kondo', who has made a career out of encouraging people to declutter their homes, is now effectively ...
Lifestyle
1 year ago