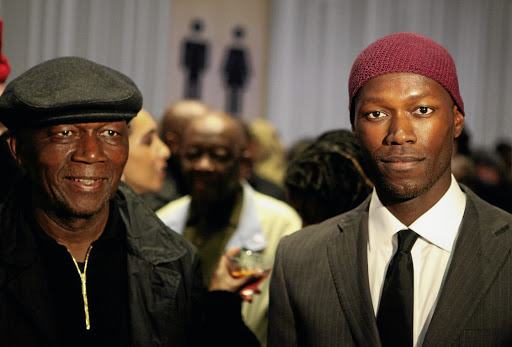 Generations: The Legacy creator Mfundi Vundla and his son Charlie Vundla have teamed up on a South African "Western" that is already catching the world's attention.

The film, set in the Cape Colony, tells the story of a young white woman who begins an adulterous affair with her slave. It has already earned the producers an invitation to next month's Berlinale Talents, a prestigious film development programme at the Berlin Film Festival.

The programme brings together the top 250 emerging producers from around the world, selected from a list of about 3,500, to discuss their projects.

Charlie, who will attend the festival as director and writer, told the Sunday Times that the as-yet-unnamed film had already garnered some interest from potential overseas partners.

"We are shopping around for domestic financing, international co-production partners and international distributors. The film has an international angle so we are confident of finding these."

Mfundi said the film took the stories of under-appreciated historical figures and gave them recognition, while also touching on themes of gender, race and human rights that resonate in 2020.

"It is a story about courage, of standing up for your convictions, standing up to power. It is a human-rights issue. You should be allowed personal dignity, to love whom we want. In 2020 we face a lot of challenges. In our country there are a lot of things that are wrong and we need to unite and stand together against it, without fear or favour."

Casting has not yet taken place, but Charlie said they already had an idea of who they would like to be in the film, suggesting a largely South African cast. The film is set for release next year.

Mfundi is also working with South African author and Nobel literature laureate JM Coetzee on a screenplay based on a story written by Coetzee.

The producer is still filming a pre-colonial Xhosa TV drama to be aired on M-Net, based on the book House of Phalo by South African writer JB Peires.

The book tells the story of the rise of the 18th-century Xhosa kingdom under Phalo and the way of life before colonialism.

The project has been hit by delays since it was announced in 2018. "The project has turned out to be very expensive and is taking a lot of time," said Mfundi.

SA one to watch at Sundance festival

It's been a long, hard slog of crowdfunding and glass ceilings, but Durban-born director Zamo Mkhwanazi has finally made it to one of the world's top ...
Lifestyle
1 year ago

SPONSORED | The SA-born director takes us behind the scenes of his gripping new movie, 'Official Secrets'
Lifestyle
2 years ago