SA skies come alive as butterflies migrate - but where are they going? 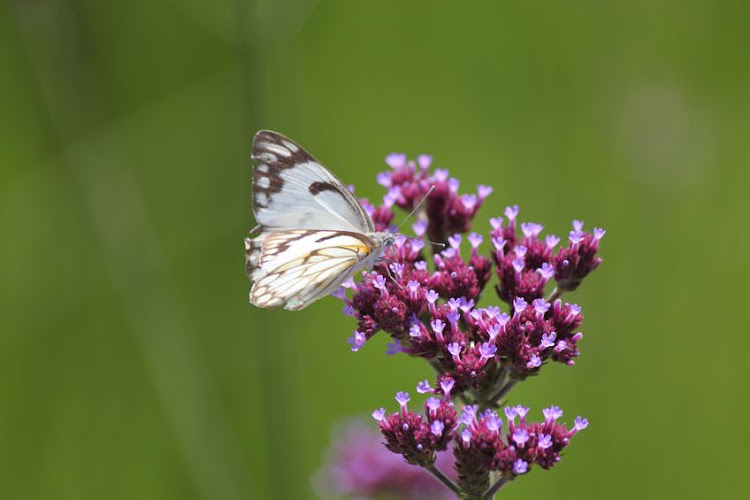 Millions of butterflies are flitting across the sky in a northeasterly direction as the annual migration of the brown-veined white butterfly gets into full swing in South Africa.

Johan van der Walt, writing a blog for Wildlife South Africa, said the migration took place during mid-summer. Depending on climatic conditions such as rain or drought, their numbers differed each year.

"Every year in mid-summer [December or January] they gather in their millions when they migrate in a northeasterly direction," he wrote.

"In reality, the flight is emigration and not really a migration, as they only fly one way and then die at the end of their journey.”

Following and preying on them are insect-eating birds and dragonflies out for an easy attack on the slow-moving butterflies.

They’re here! The annual mid summer butterfly migration descends on the garden where I work. I used this annual migration in a scene in JOHANNESBURG. The white, brown-veined butterflies are heading for Mozambique. Millions float across the city on their journey. Exquisite! pic.twitter.com/JMDgExx27T

“It originates in the arid regions of the Karoo and Kalahari. These populations owe their strength to the main food plant of the caterpillars, the shepherd’s tree. The core populations are maintained by the females laying eggs on shepherd’s trees before they move off to migrate.

“The mass of white butterflies probably plays an important role in pollination, but this is still poorly understood. In fact, there is much that we still do not know about this widespread butterfly.”

Van der Walt said after crossing the Northern Cape, parts of the Free State and the North West on their journey northeast, the butterflies fly mainly through Gauteng and parts of Mpumalanga and Limpopo.

More butterflies! At first hardly visible on the guara but keep watching ! pic.twitter.com/5nnpJU1kTV

"These butterflies start flying, and laying eggs, from a specific area in the southwest Kalahari [in the Northern Cape]. As they fly in a northeasterly direction, more and more join the flight. They also pause to lay eggs along the way."

He added that little research had been done on where they fly to, but they have been spotted flying above the ocean near the Mozambican coast.

Clouds of butterflies descend on Joburg

Swarms of white butterflies have descended on Johannesburg during their annual migration from South Africa's west coast to Madagascar, lepidopterist ...
News
8 years ago

Botswana and Tanzania beat SA hands down for wildlife safari tourism, according to a study by a safari bookings company.
Lifestyle
2 years ago

WATCH | Leopardess breaks up big cat fight for her affection

Footage taken by a safari guide at the Kruger National Park shows a rare sighting of a female leopard breaking up a fight between two male big cats ...
News
2 years ago